Henrik arrives at Spitfire HQ with his manager, Annie. It’s around 12pm, the sun is shining for the first time in what feels like years, and he towers over us both as we greet each other.

We introduce ourselves, somewhat awkwardly sidestepping the usual handshake in favour of a nod and smile- Coronavirus news is fresh and everywhere, and the government has advised minimal contact with others.

We’re here to discuss Henrik’s recent work writing music for LEGO’s new mobile game Builder’s Journey- but in a past life, Lindstrand topped the Danish charts repeatedly with his alternative rock band Kashmir, with critically acclaimed records such as the multi-DMA-winning Zitilities and the Tony Visconti produced No Balance Palace, which featured collaborations with David Bowie and Lou Reed. 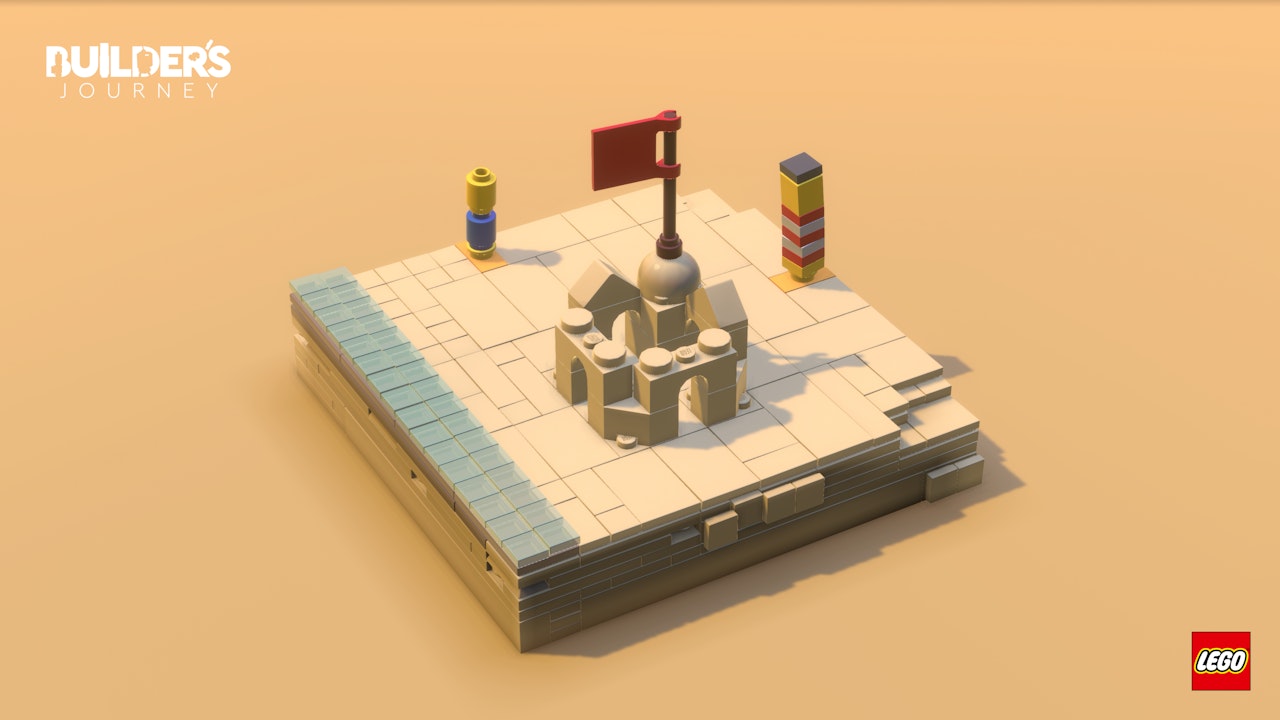 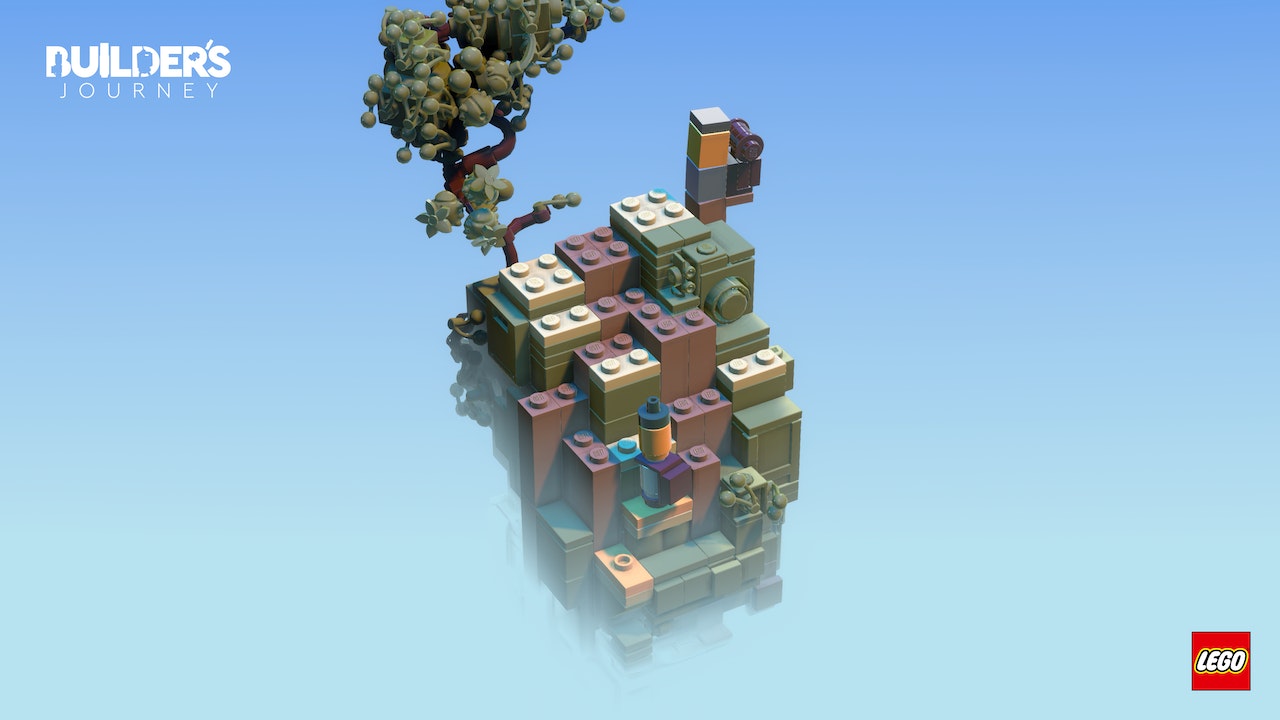 We start with a little background: “I grew up in a medium-sized town in Sweden called Örebro” he begins. “ I started playing piano when I was three- my grandmother had to get rid of her piano and all of a sudden it was in our house and I started playing. My parents got me a teacher, who was a cellist- so from very early on I got the opportunity to play along with someone else”. When he was nineteen, Henrik applied for the Conservatory in Copenhagen, Denmark. “I never came back” he laughs. He was on course for a career as a jazz pianist, but in 1999 was asked to tour with Danish rock band Kashmir, after meeting the singer Kasper Eistrup at a Jeff Buckley memorial concert. “They [Kashmir] had been around a couple of years at that time as a trio, but on that third album, it really exploded.” He says. 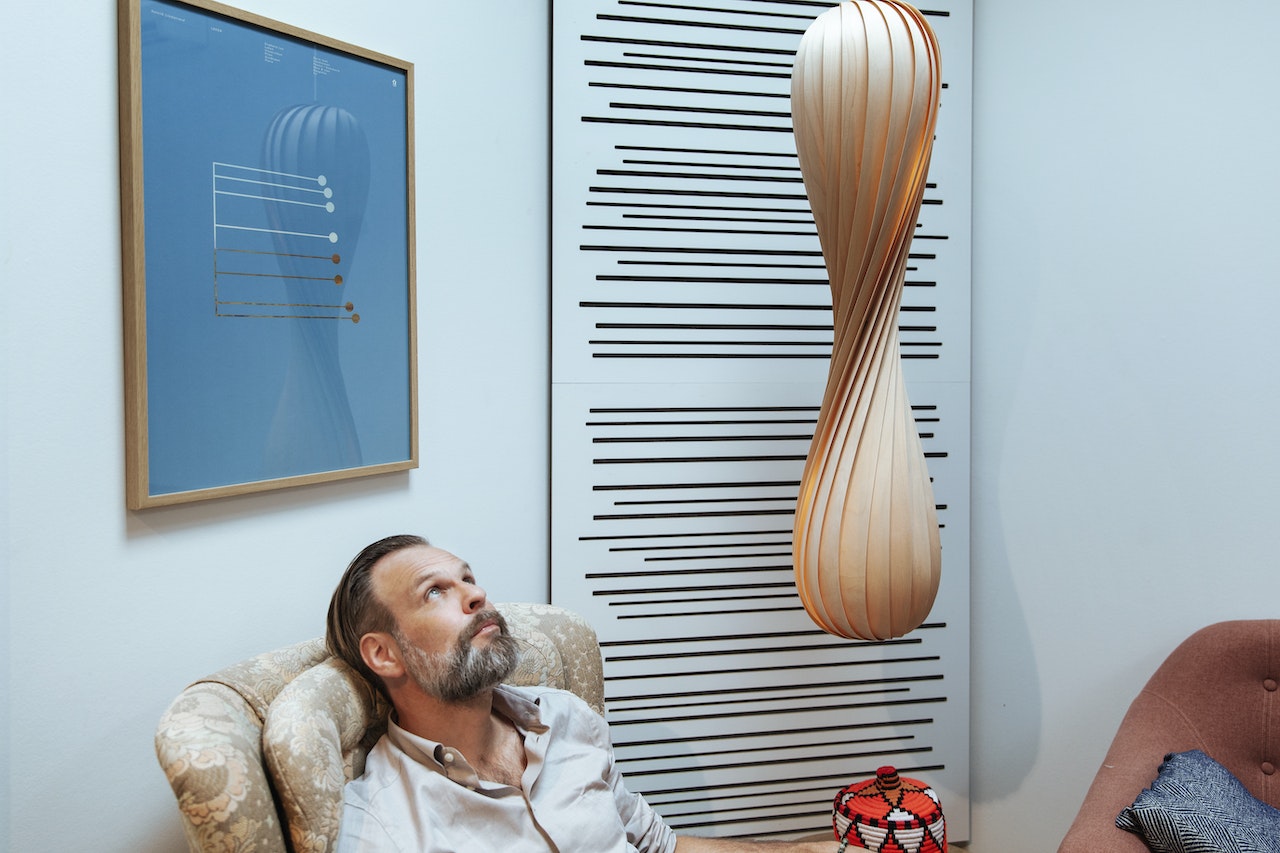 Since Kashmir went on hiatus in 2014, Lindstrand has placed his focus on creating emotive compositions for films and television (scandi thriller series Greyzone, Itsi Bitsi and the upcoming thriller The Exception).

Builder’s Journey is his first game, and I ask how he became involved in the project. “At the beginning of 2019 I was contacted by LEGO Games. They had been listening to my first solo album from 2017, Leken, and asked me if I was interested in composing music for the game- which is obviously a dream situation.” I comment that it must have been especially satisfying to land the job from his solo work. “Exactly, that's it” he replies. “As a film composer, very often you’re given lots of briefs or references to a style that they want it [the music] to be in. It's not all the time that it fits with who you really are. I've been working in so many different genres over the years which have been fascinating and rewarding in many ways but, this was a very direct proposition. That was amazing.”

I was very keen on focusing on melody, because we knew from the beginning that there was not going to be any dialogue. So in that sense, the music was going to have quite big narrative role to play.

LEGO Builder’s Journey is a beautifully designed puzzle leveler that takes place in a LEGO brick world. It tells the story of a mentor figure who teaches the player the ins and outs of building and creativity, before the player is left to seek out their own adventure. “It’s a story about the importance of remembering to play in your life, even as a grown up; remembering to play and remembering to play with your kids” Henrik explains. The soundtrack, composed by Lindstrand, has recently been released by English independent label One Little Indian, who count the likes of Björk and Poppy Ackroyd among their roster, and have also released Henrik’s solo albums.

Henrik was brought on to the project at a very early stage- when there were only two people working on the game. The concept was formed, but no levels- just some still sketches of the two main characters- referred to internally as ‘kid’ and ‘dad’. “The amazing thing about working on this project was that I was part of the whole making of it- of the whole process” he says, adding that there was very little hierarchy compared with his typical film work. 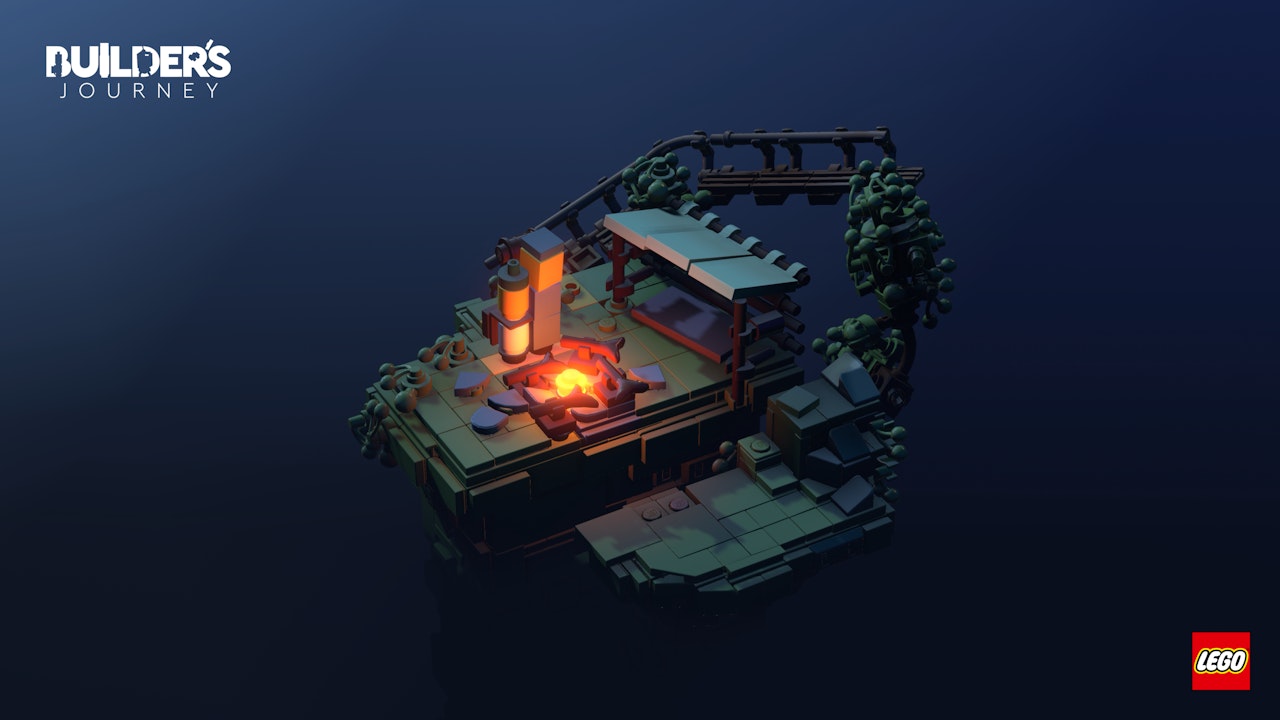 I’m curious about the challenges of composing for game versus film, and Henrik tells me about one new obstacle he experienced- the varying time it takes players to complete levels. “You don’t want the music to be too repetitive” He explains. “I set my session up so I had stems coming out, so we could make all the themes evolve over time. I also learned how to use triggered samples or stems in the gameplay which was a new mindset for me compared to a linear media like TV or film.”

Tasked with creating the entire soundtrack on piano, the composer found this limitation was helpful to his process. “It's actually good to have these limitations because I think that narrows down your focus. I used the same set of rules I have when creating my solo albums: the piano as my only sound source.” He also found that his experience composing for film was helpful when it came to storytelling: “I was very keen on focusing on melody, because we knew from the beginning that there was not going to be any dialogue. So in that sense, the music was going to have quite a big narrative role to play. I thought it was important to have melodies instead of just background and atmosphere”. 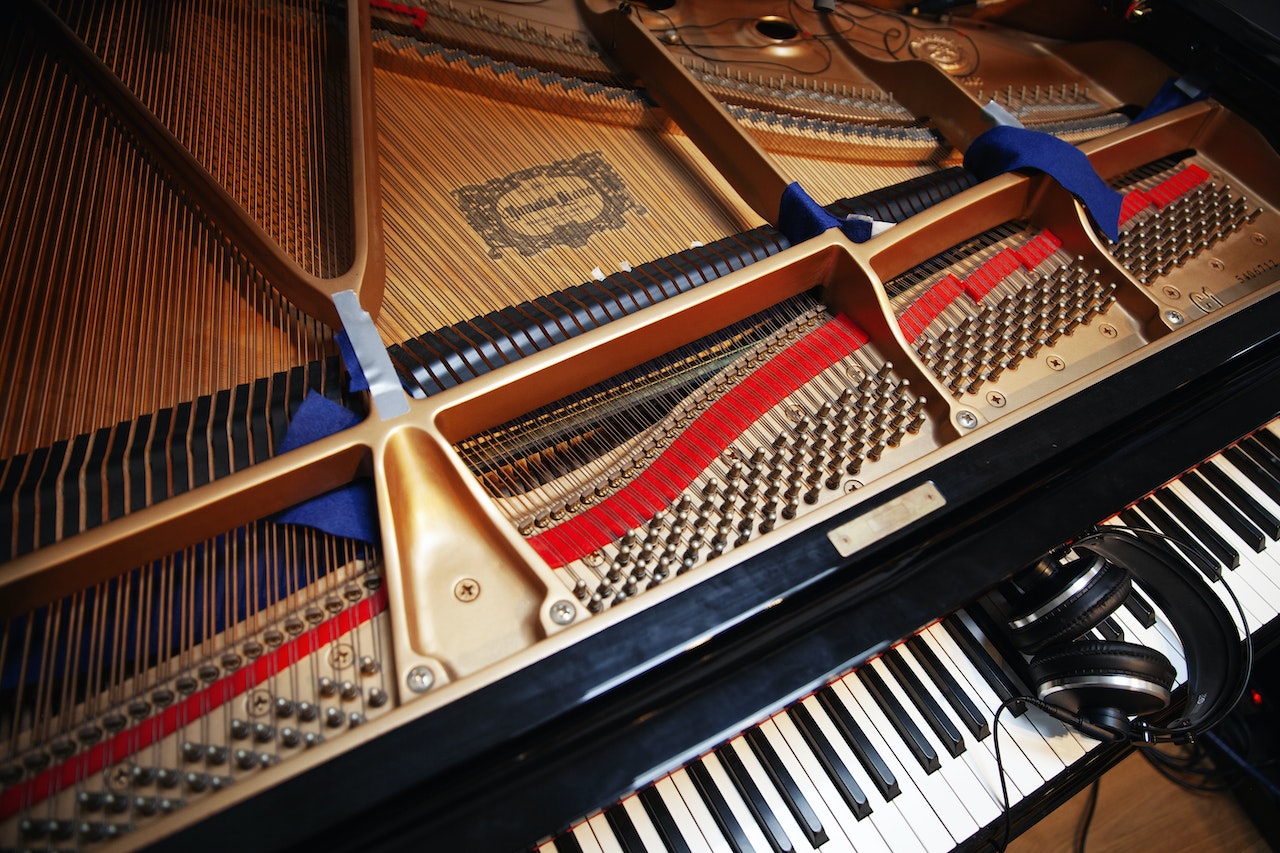 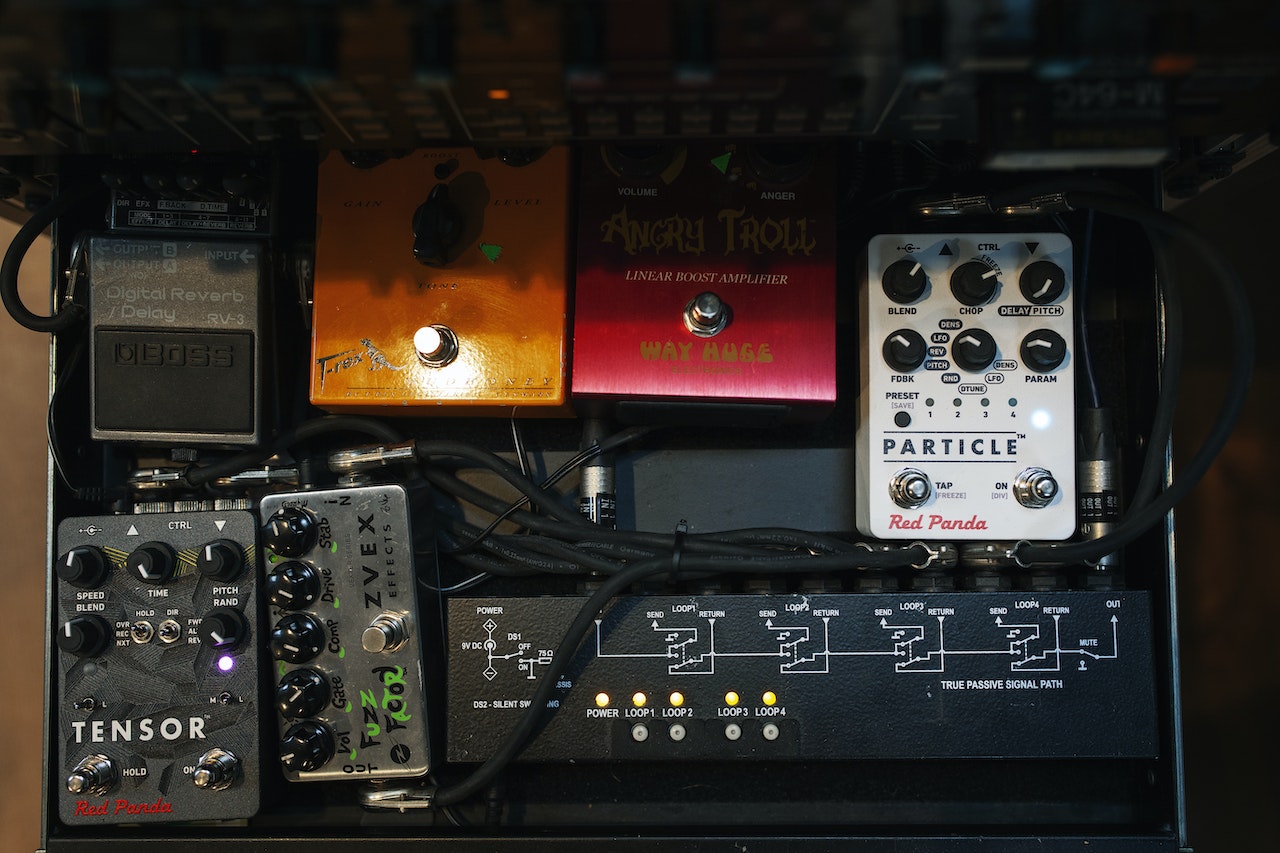 Upon listening to the album, you quickly discover why players of the game became so infatuated with its soundtrack. The themes are a mix of intimate piano pieces which range from playful and percussive to emotive and textural. ‘Campfire’ stands out as a mark of inspiring gameplay composition- heard at a pivotal point in the game, the track provides much needed emotional context to a transition in the characters’ stories.

Although solely composed on the piano, Henrik did employ some hardware manipulation to broaden the sound world of the game, including two pedals by Red Panda : “The Tensor and the Particle 2 have been so amazing to work with. I actually see them as instruments themselves rather than just tools, they live their own life."

Lindstrand houses two acoustic pianos in his studio, both of which were used for the soundtrack. The upright is a Yamaha U3, which he’s owned since 2001. “We originally had it in the studio with Kashmir, it's just so phenomenally good. It's quite old now and it has been played a lot- the felt is quite worn. So it has this really nice character”. The other is a Yamaha C3- a grand piano. At this point, Henrik pulls a strip of red felt from his tote bag and a long piece of plastic that resembles a knitting needle. He tells me it’s a tool that piano tuners use, but that it works great for getting the felt in between the strings on a grand piano, too. “It creates an ‘Una Corda’ sound- only one string will ring, the two other strings will be more like attack, percussive. The grand piano can sometimes be a little bit too rich in sound and is difficult to place in the mix- this makes it a bit more to the point.”

The Tensor and the Particle 2 have been so amazing to work with. I actually see them as instruments themselves rather than just tools, they live their own life.

In addition to film and game composition, Henrik has released two solo albums, with another in the works. “I just reached a point where I had to do it. I mean, it was really you know, a late bloomer- releasing your first solo album after turning 40” he laughs. “It has taken me so many years to find the courage to just present something- like, this is how I think, this is how I sound by myself after a long career of always collaborating.” He continues “After many years with multi-instrumental roles I found out that going back to the piano was the right thing to do. It gave me a chance to express myself in a very direct way without any filters. Like going back to scratch.” Both albums (Leken, and last years’ Nattresan) have opened the door to an international audience and solo concerts..

Writing albums has also been beneficial to Lindstrand’s career as a film composer, with directors increasingly approaching him by referencing his solo work. He encourages composers who are thinking of making albums to go ahead: “The last two projects that I've been asked to work on films. I don't think I would have gotten them if I didn't make the albums.” he tells me “It’s like a resume." 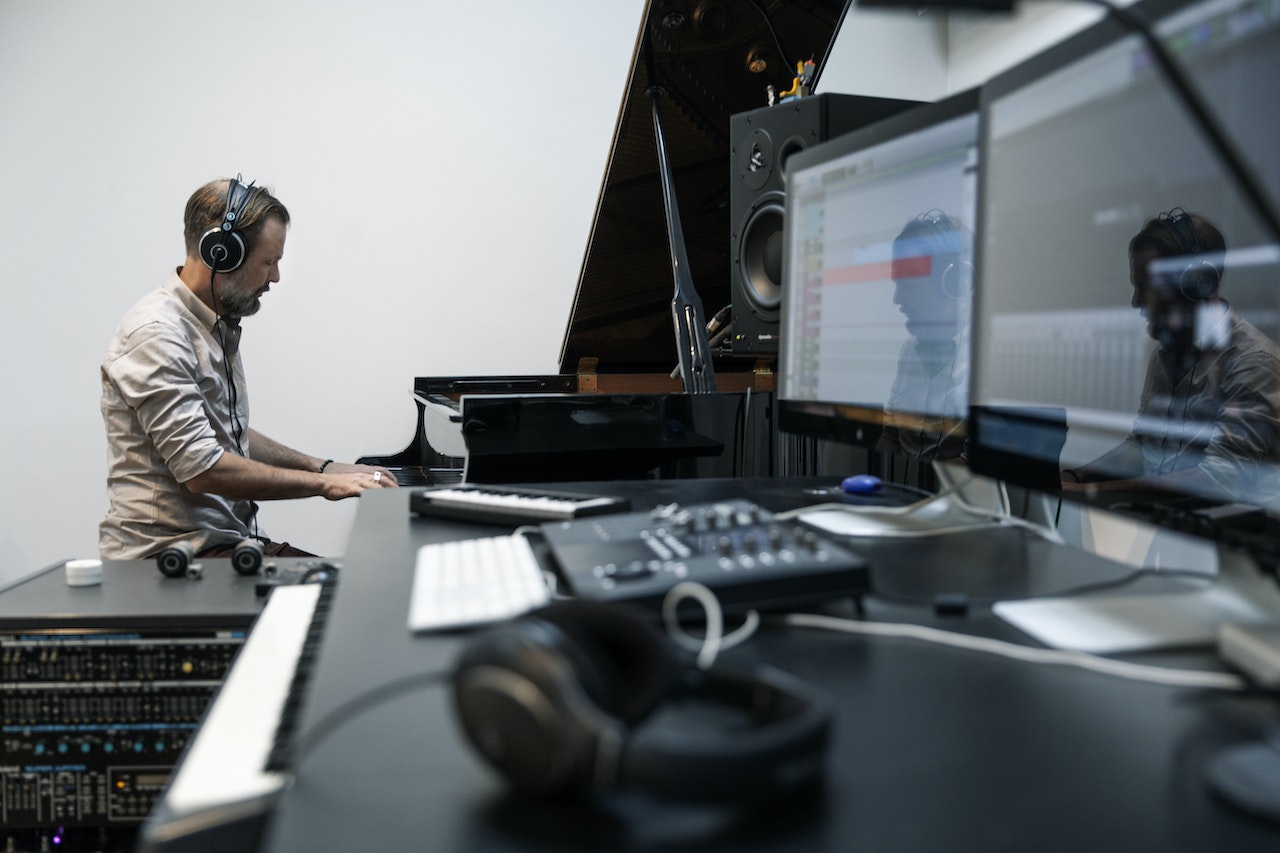 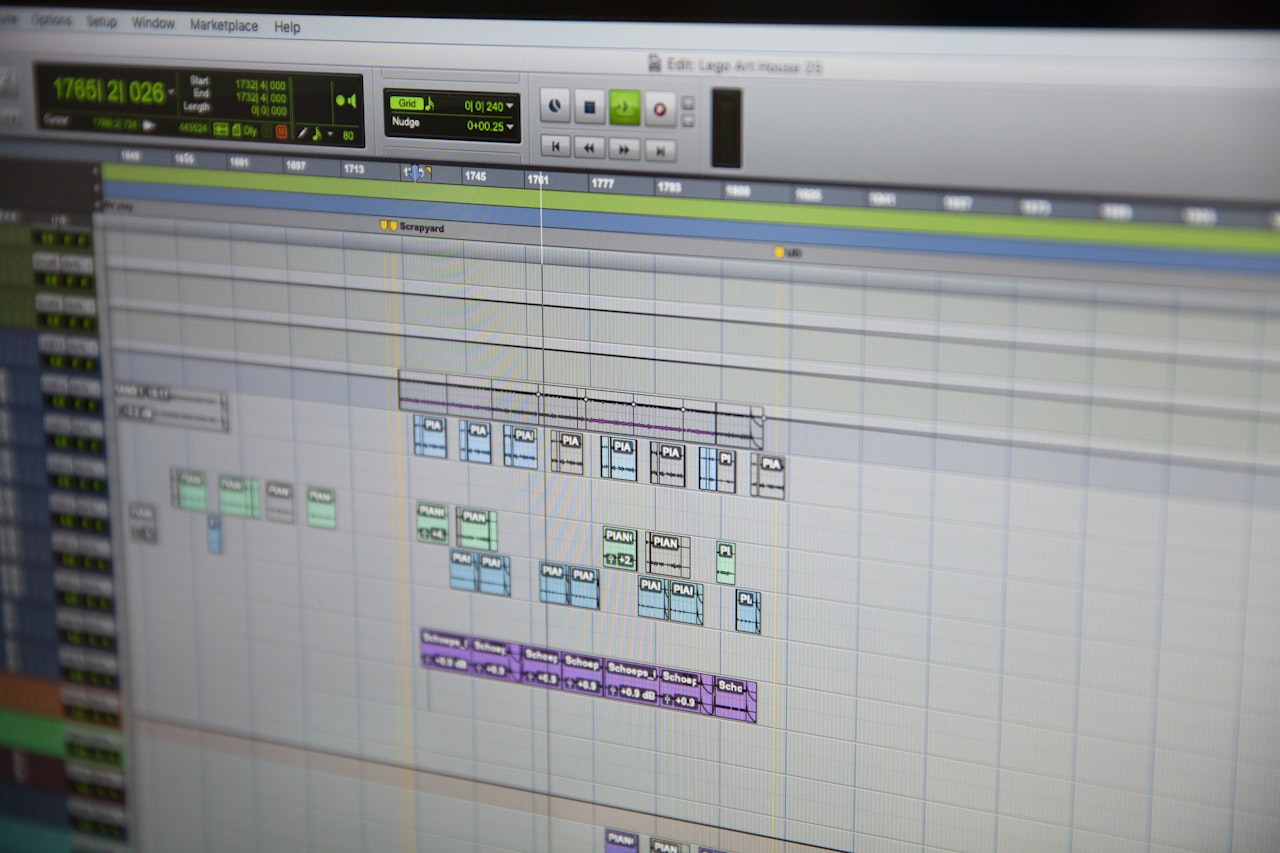 Finally, we move on to discuss Henrik’s studio “Klanglandet” back in Copenhagen. “It's not 100% a mixing space. I wanted it to be a creative room where I can invite musicians, it ‘lives’. Over the years I've had a couple of different studio spaces, but this is the first time I had it built and exactly the way I wanted it to be with room for all my instruments. It has changed my workflow completely because everything is patched in and ready to be recorded which means that I can work very intuitively. I feel lucky each time I open the door every day because- it's a good office!”

As we say goodbye, we get talking about his upcoming shows, which have been thrown into uncertainty by the impending pandemic. Henrik is due to play the next day at Union Chapel in Highbury and Islington, London. He’s never been there before, and I tell him that the venue is incredibly beautiful. Henrik remarks that in that case, if no one showed up- “well, that would probably be just ok”. 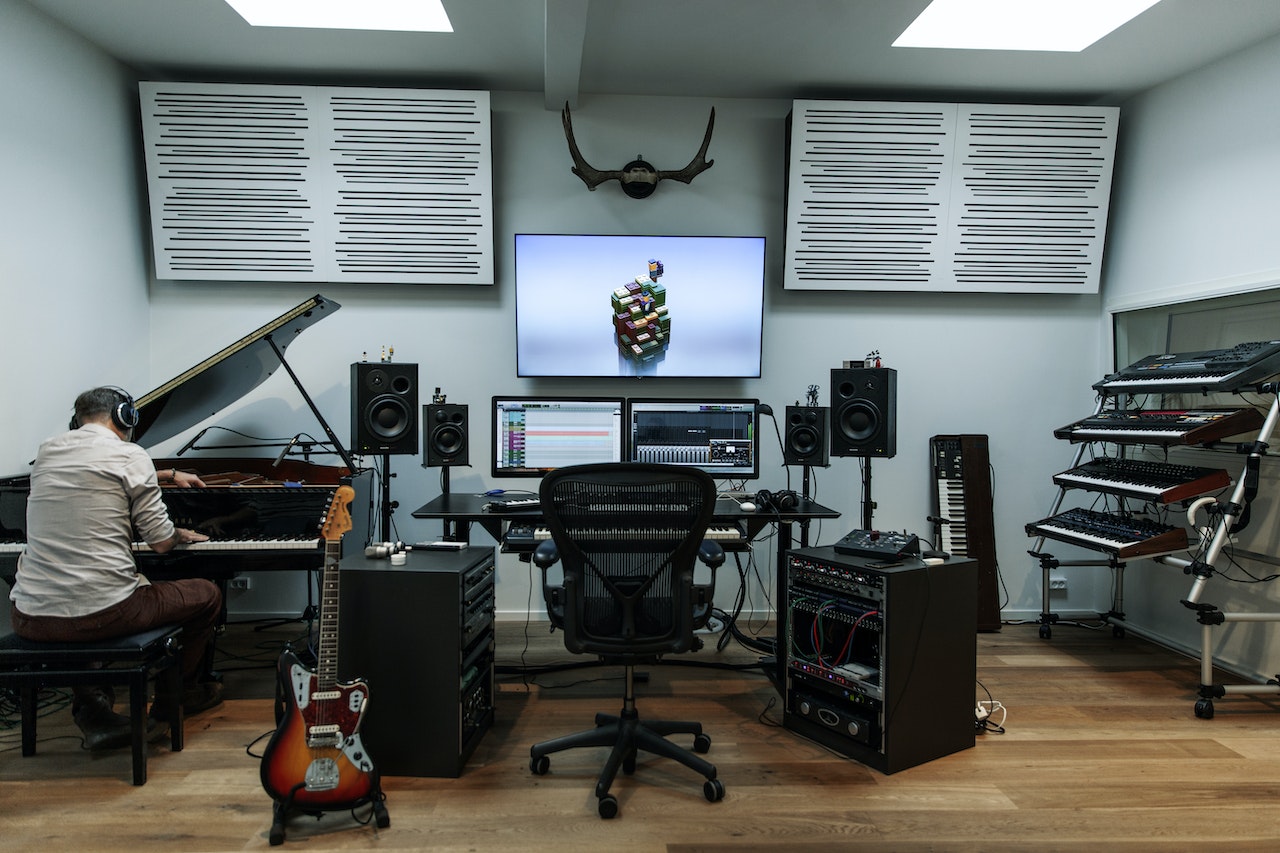 The LEGO Builder’s Journey Original Soundtrack is available to purchase here via One Little Indian and is streaming on all platforms. You can find the game on the App Store.