It’s 6 am and I’m in an airport departure lounge. It is in places like this that Simon Green aka Bonobo says he usually does his best work. While I’m pretty sure the same doesn’t apply to me, I’m willing to give it a go. I hit play on ‘Polyghost’ - the first track on the new Bonobo album Fragments - open a Word doc and try not to fall asleep. There is a softness to this time that leaves me open to suggestions.

“It might not be a pleasant place to be and you may be over-tired,” Green admits, speaking to me weeks earlier, over a video call from his home studio in Los Angeles, “but it's still a valuable experience to draw from.” He’s drinking a cup of coffee and getting to grips with talking about Fragments. A punishing press run awaits, but we are still two months out from release, so Green assures me that his responses will be all the more genuine. They already feel remarkably candid.

Being in an airport - “with the club still ringing in your ears” - is just one example Green gives, but his point is broader. “I come up with the best stuff when I’m supposed to be doing something else,” he elaborates. “Having the studio at home, affords you to have distractions. Having stuff going on in the background can interrupt the process in a really interesting way.”

For obvious reasons, distractions have been less forthcoming in the last two years, and while some artists relished the additional downtime, Green laboured under its monotony. “In the middle of 2020 I just lost all perspective on what it was I was doing,” he explains. “It was an existential slump really. It was like, Why am I doing this? Where do I fit? What is the point of all of this?” It’s a relatable feeling. “There were a good amount of months where it just wasn’t happening. I was just pushing a kick drum around Ableton for a few hours and then, just like, urgh…” He trails off. I imagine Green sloping out of the studio and into the kitchen, opening the fridge and finding nothing has changed. Or something to that effect.

I come up with the best stuff when I’m supposed to be doing something else.

Over twenty years and seven albums, Bonobo has established not just a vast and dedicated following but what feels like a whole life-affirming genre that feels at home in both the airport and the club. For music that appears so self-confident, learning of the ennui from which it emerged is a jolt. In truth, it is refreshing to hear a musician talk against the redemptive power of music for a moment, to recognise its limitations. Salvation in sound is not always forthcoming.

Despite being an artist who collaborates widely - Kadhja Bonet, Jamila Woods, Jordan Rakei, Miguel Atwood-Ferguson, O’Flynn, and Joji all feature on this record - Green says that he covets his solitude: “I work best on my own when I'm allowed to just muck around and make mistakes.” Rather than block out time to record, he describes his process as accumulative, “noodling constantly, until at some point there is just a critical mass, a volume of work that appears and slowly comes into shape.” 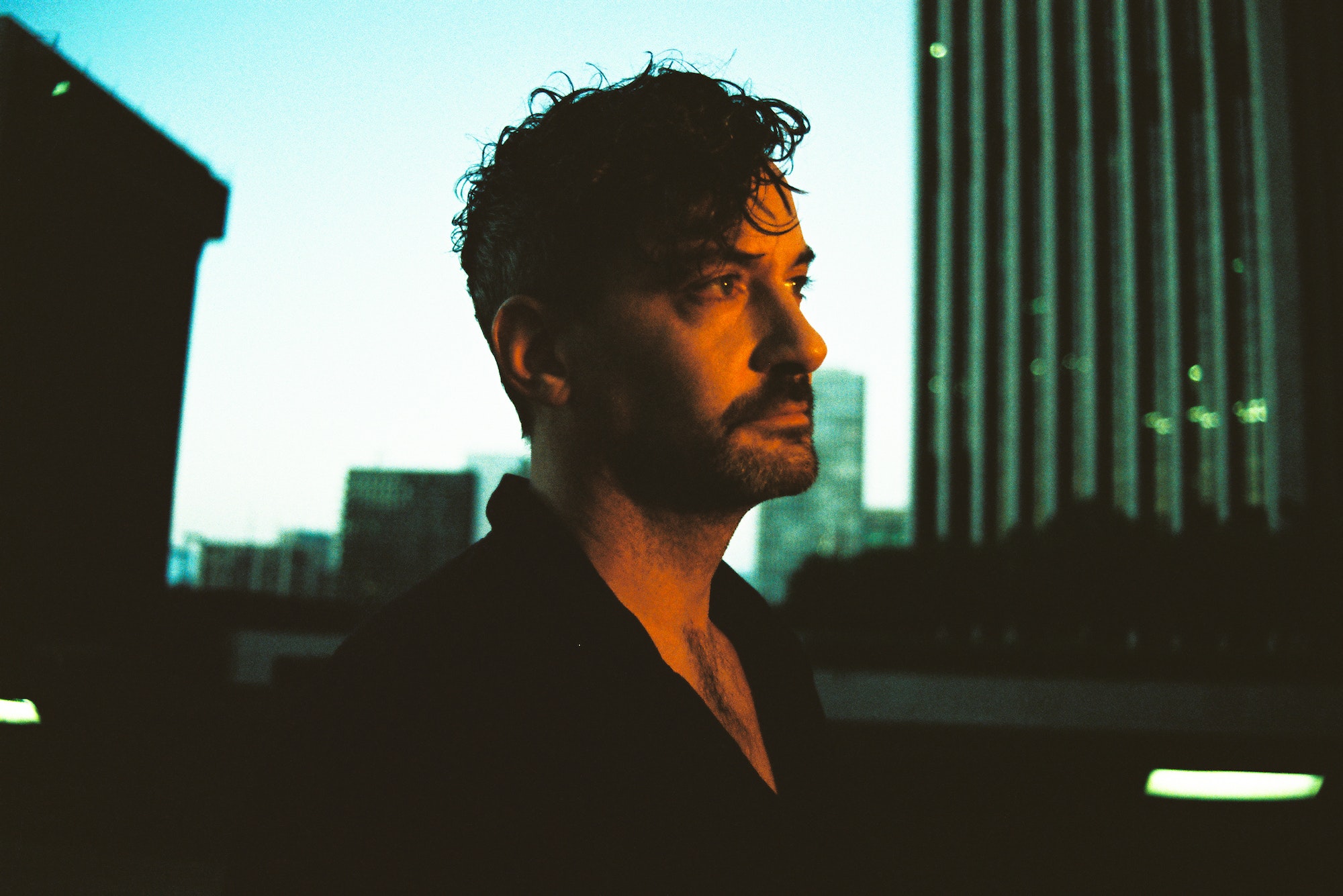 Loops are where it always starts, but “that loop is not necessarily a percussive loop. It could be polyphonic, it could be a little slowed down harp thing.” He pauses. “In fact, it's always harps.” Where in the past Green would have dug out a Dorothy Ashby sample, for Fragments he enlisted classical harpist Lara Somogyi, with whom he cut an album’s worth of material as a sample source to be chopped up and re-harmonised. “I think there's so much texture and emotion in plucked strings,” Green enthuses, “especially when you start tuning them up or down, or when you start manipulating them.”

To this, Green added a new found interest in modular synthesis, attracted by “the idea that you could build a system that could essentially just generate all of this sample material”. It was unstable, unpredictable, and chimed with the working rhythms of a lone noodler.

And yet, while his sound has evolved in step with new technology over the last twenty years, Green remains loyal to the ethos of the “cut-and-paste Akai Sampler era” and the coming together of jazz, chill-out, and electronica in the early 2000s. Now, Green explains, “the samples are just other textures, but it's still a collation of audio.”

I suggest that this approach feels relevant to the album’s title Fragments. Green agrees. The title “could, and maybe should, have been used a long time ago”, he says. It occurs to me afterwards that the Fragments could, and maybe should also be read as a verb and a noun, as both the act of coming apart and the pieces left behind. With this in mind, Green’s struggle to manifest a meaningful connection in the making of the album feels all the more pertinent.

If the last two years have taught us anything it may be that there is a limit to our fantasies of isolation, and it seems as though the moments of exchange Green did have in making the album were all the more profound for it. His eyes light up when he talks of the session with Somogyi, as they did when he first heard Jamila Woods’ vocal parts for ‘Tides’. Placed at its centre, ‘Tides’ has become the album’s Magnetic North. Although all but Kadhja Bonet’s contributions were orchestrated remotely, it was a series of walks with his neighbour, the violinist and arranger Miguel Atwood-Ferguson around Griffith Park in Santa Monica that helped unlock the big-sky spaciousness of the album’s overall feel.

I work best on my own when I'm allowed to just muck around and make mistakes.

Green talks of tape pitch modulation as a way to “get everything sounding a bit wider and a bit weirder” and provide that illusion of space. “You’re getting these slight pushes and delays in the frequencies which I think just makes everything wobble a little bit. You take a mono signal and copy it and delay one a little bit and then you’ve suddenly got width.”

There is fastidious attention to detail in Green’s desire to get the whole sound field thrumming like a tallgrass prairie. “I also do it on the percussion in a very microscopic way that you probably wouldn’t notice, but hi-hats aren’t looping in 4s, they're looping in 6s,” causing the accents to interlace in unpredictable ways. “No two bars of drums are ever really the same. Once it's all accumulated and everything is slightly wobbling, then it makes it all sound a bit more alive.”

Although he is rightfully wary of the obliqueness of the term, it is this sensibility that has led many to describe Bonobo’s sound as ‘organic’. The natural world is certainly never far away, and recent albums have featured Derwentwater in the Lake District and California’s Mojave Desert in their visual material. Fragments too is couched in outdoor terms. A story from the press release tells of Green’s camping trips in the Utah Valley as “harking back to his upbringing in rural England, yearning for the giddy innocence of teenagers drinking around bonfires.”

If there is a Bonobo album that has this effect on me, it’s Black Sands, which I listened to intensely during my final months at university, and has been topped up retrospectively with hazy memories of college halls and more than enough moping around.

“I think when people are attached to a record, it's difficult to accept that there's another one that isn’t that,” Green muses. “People say they want you to make that record again, but what they mean is they want that part of their life again.” While I may not be yearning to relive the specific months in which I first heard Black Sands, Green’s point is astute. Nostalgia negotiates the loss inherent to ageing in positive terms. Music is often little more than its vessel.

I like the idea that within music, there is also this other component of it, which is people's listening environments.

There is in fact an urgent fear at the heart of the album’s more club-focused tracks that a certain untethered dance floor communion has not just been paused, but perhaps fundamentally altered by the pandemic. Green laments that he couldn’t road test his tunes in front of a live audience (or write them from an airport departure lounge). Listen to the peak time catharsis of ‘Otomo’ (ft. O’Flynn) in this light - made between two producers stuck at home, thousands of miles apart - and it begins to feel like a cry of pent-up euphoria, of raging claustrophobia, of climbing up the walls. The Bulgarian choir of 100 Kaba-Gaidi turns the screw and raises the intensity as if to prove it can still be summoned if required. “Touring in Europe on a bus is the most fun you can have as a human I think,” Green says, indulging that feeling of the before-times a little more keenly. On ‘Shadows’, Jordan Rakei sings, “Falling leaves hang on for life, as time is ticking round”. The older you get, the faster the wheel seems to turn.

Back in the present, Simon Green talks of this time between an album’s completion and its release as “the best moment”, when the work is not yet open to public scrutiny. He is careful with his phrasing. “Your own opinion of it changes after…” he begins, before catching himself and continuing “…is maybe influenced by other people's opinions a little bit. I don’t know. What you think something is about maybe becomes something else when other people reinterpret it.” Perhaps this is what Green means when he says his answers are more genuine now. At this stage in the process, before it has been refracted through a million streaming ears, I get the sense that Green is tentatively, genuinely excited about Fragments.

“I like the idea that within music, there is also this other component of it, which is people's listening environments,” he explains as if echoing the necessary distractions of his own compositional process. “When you make something, you don’t have to fill all the space, because there is going to be this other augmented part of it when people listen to it. It could be the traffic they're in, or chatter in the background, or a train, or whatever it is. You can leave space for that and that's still another part of the tune.” The music of Bonobo will only meet the listener halfway. The rest is up to you. 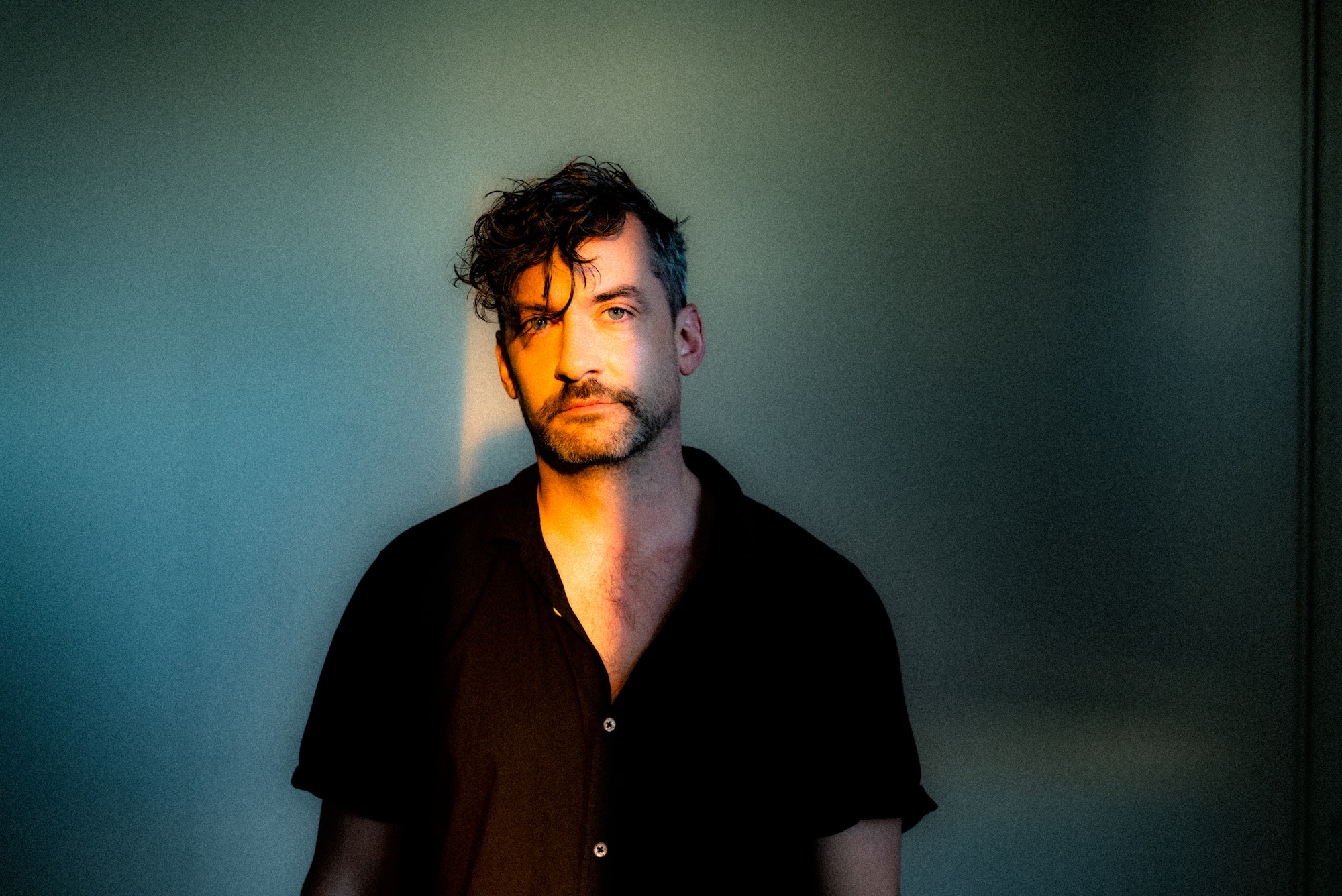 It’s pushing 7 am and the airport is beginning to stir. Something is happening. The people walking past seem to lock into Green’s melodies, a mass of tweaked harps and quivering polyphonies, crisscrossing the shimmering marble hall. Strings flood the empty space, as LEDs and fairy lights dance with modular precision in glass panels all around me. If I come to listen back to Fragments in 10 years' time, I suspect this half-waking airport lounge is where I’ll find myself, and although it wasn’t a pleasant place to be, the infinite sadness of time has passed will be impossible to ignore.

Fragments will be released on 14 January 2022 on Ninja Tune.