Based in Los Angeles, Nathan Barr is known for his extensive work in film and TV scoring. He’s a multi-instrumentalist and you may have heard his music in films such as Cabin Fever, HBO's True Blood and The Americans to name a few...

Nathan is also known for acquiring an incredible collection of historical instruments which are housed in his newly built studio, Bandrika studios. The studio is a sight to behold, with attention to detail apparent at every turn. From the moment you enter, you feel right at home. 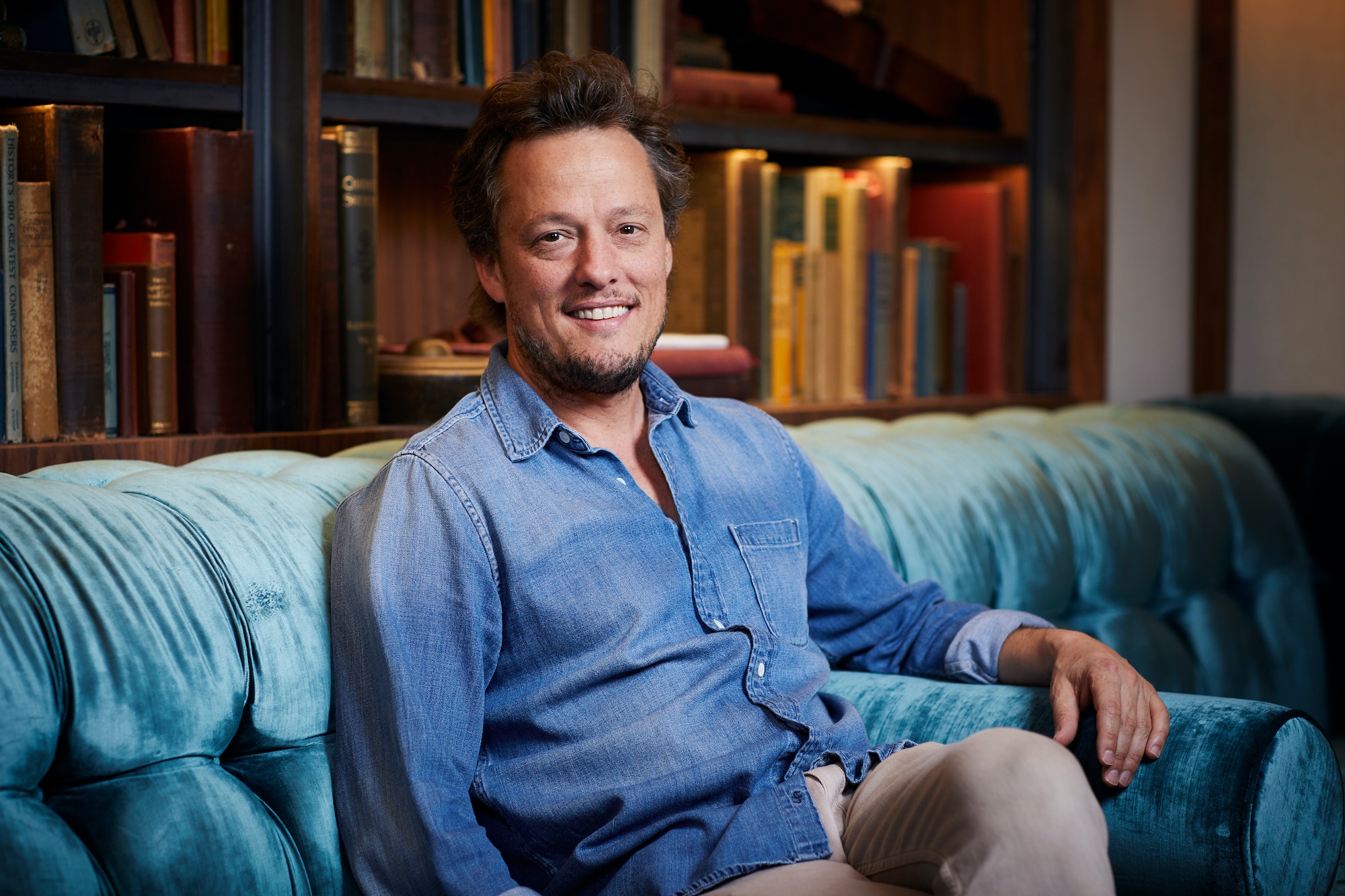 Nathan shares with us how the studio was built, the story behind the infamous FOX organ that he restored as well as his favourite recording techniques in the space.

The idea behind deciding to build a studio, had this occurred before finding the organ or did the organ precipitate this whole process?

I started picturing a “dream studio” of sorts when I first arrived in Los Angeles in 1996. At the heart of that studio I imagined a large room full of stations of unusual musical instruments that I could bounce between while scoring a film. As my career grew over the next twenty years and the possibility of building a beautiful space actually became a reality, I decided that whatever it was I built needed to distinguish itself from all the recording studios that were closing in Los Angeles and elsewhere. I’d always been fascinated by pipe organs and I began to wonder if having a studio built literally “around” a pipe organ might be something special, and so I started asking around the very small “pipe organ world” to find out if there were any Wurlitzers available. Someone mentioned that the Wurlitzer Theatre Organ built for the scoring stage at 20th Century Fox Studios was available and news of this launched the project in a direction that was much larger in scope than I had ever imagined.

Was the structure built from the ground up, or was there an existing shell to build from?

It was an office building with a fairly open floor plan and so we kept the shell but completely gutted the interior - basically starting from scratch on the inside. I spent about five months searching for the ideal building and location for the studio. A broker called to say they had found a possible space and the minute I pulled up I thought “this is it!”. 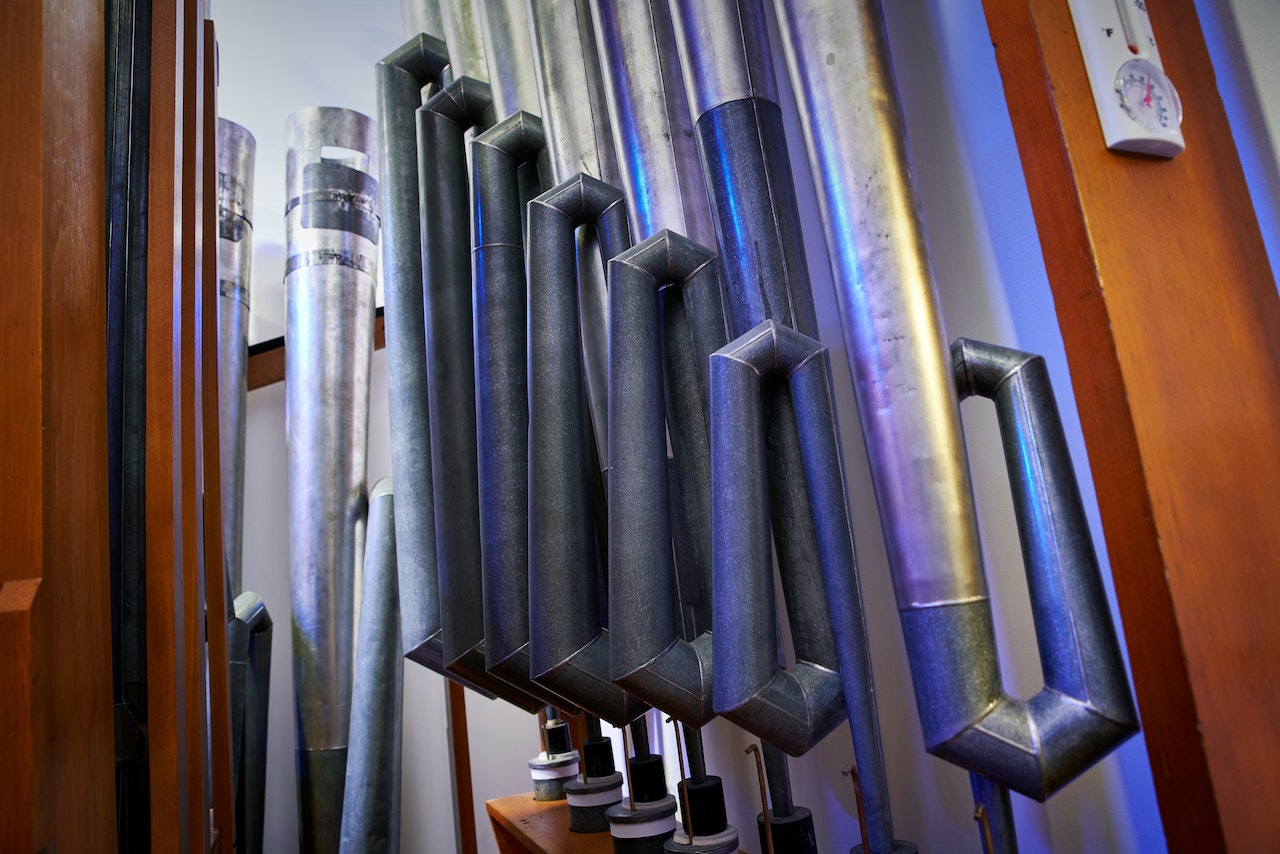 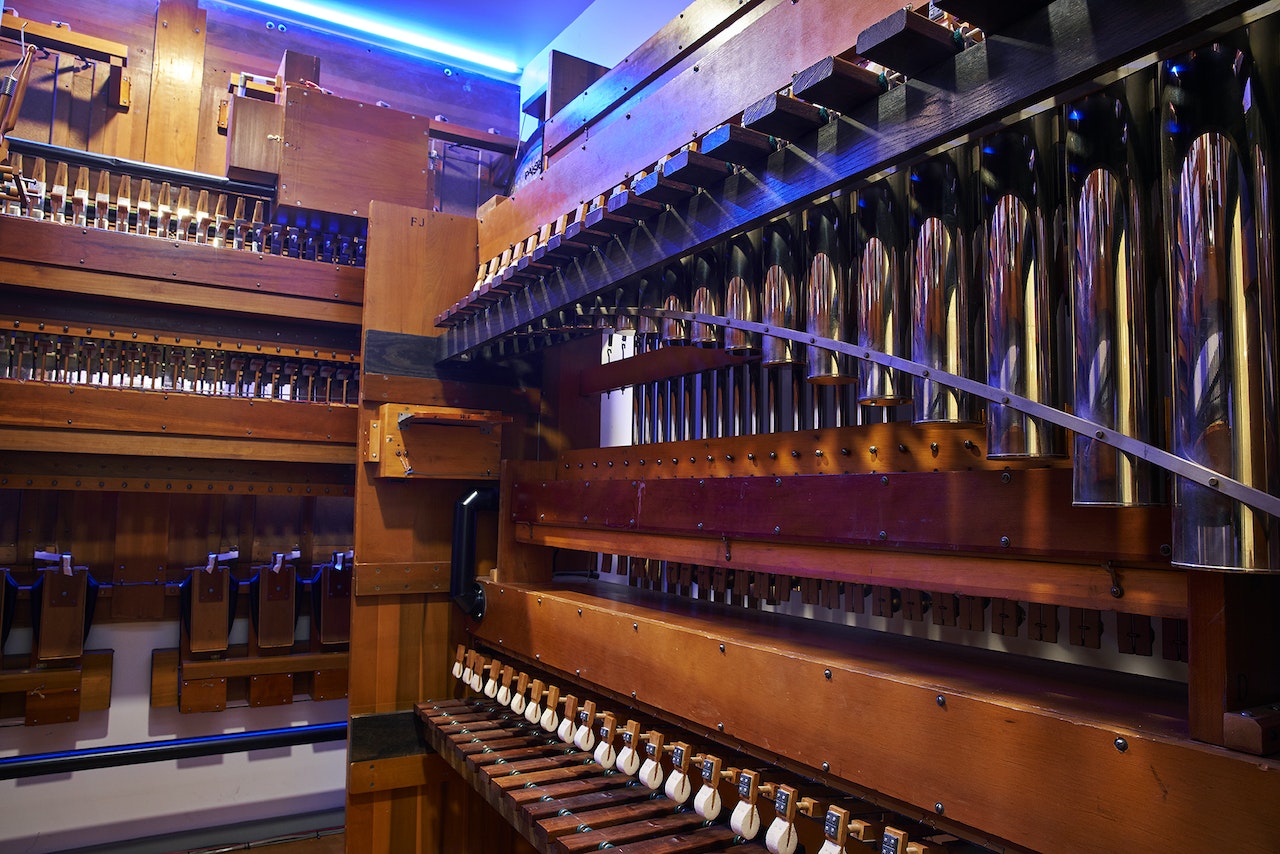 How long did it take and were there any particular conundrums that you remember from the building process?

The entire project from inception to completion took seven years and went through several variations before becoming what it is now. Once I found this building it was about 2 ½ years from purchase to completion.

There were so many conundrums during the build it is difficult to know where to start. Building a proper recording studio in itself is challenging. Now add a pipe organ to the mix and it becomes something else altogether. This pipe organ occupies six rooms. It has three rooms which contain enormously noisy mechanical components which you don’t want to hear at all. And then you have three rooms full of pipes and percussion that you want to hear as clearly and loudly as possible. And so we decided to build the two story “encasement” for the organ on its own floating floor system, separate from the stage and control room which each also have their own floating floor systems.

The wonderful thing about incorporating this organ in the studio is that I believe I have a better sounding space than I ever would have had I not included the organ. That’s because in the process of building a gorgeous acoustic space for the organ, I got a gorgeous scoring stage which loves not only solo instruments but also orchestras, and everything in between.

Since completing the studio, have there been any unexpected or happy surprises?

The first happy surprise was having world-class scoring mixers Peter Cobbin and Kirsty Whalley tell me that the stage was, for its size, the best sounding room in the world they know of currently to record in.

I had hoped when all was said and done, I would have a beautiful sounding space, but there were zero guarantees. So having that kind of praise just days into the very first recordings we did was enormously exciting and gratifying. I was expecting the room to be too reverberant with things like percussion, but surprisingly, with a little ingenuity in terms of mic choice and placement, it actually loves percussion without any major adjustments.

Seeing people who visit or perform here for the first time inspired by the aesthetic qualities of the room in addition to how it sounds has been wonderful to experience. It’s a room that looks like a place to make beautiful music.

What was your approach to the acoustics in your control room/writing room? Did you want a very dry sound in there or somewhat live?

The acoustic blueprint or identity of this studio, including the control room, is entirely a success because of Jay Kaufman, of Kaufman and Associates and architects Jeff Soler and Carter Shaw of Soler Architecture. I spared no expense at making sure that once we knew what we wanted out of the space we did whatever it took to get there. 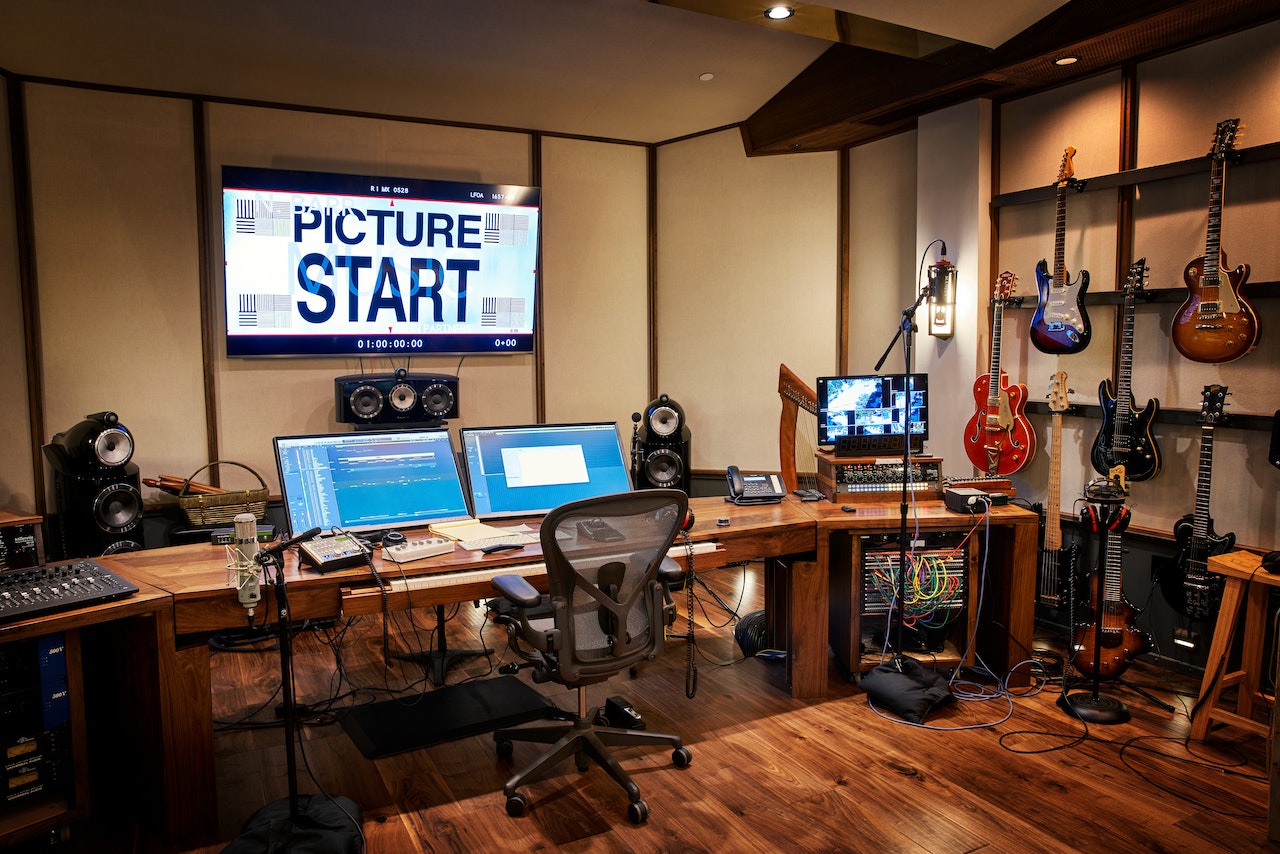 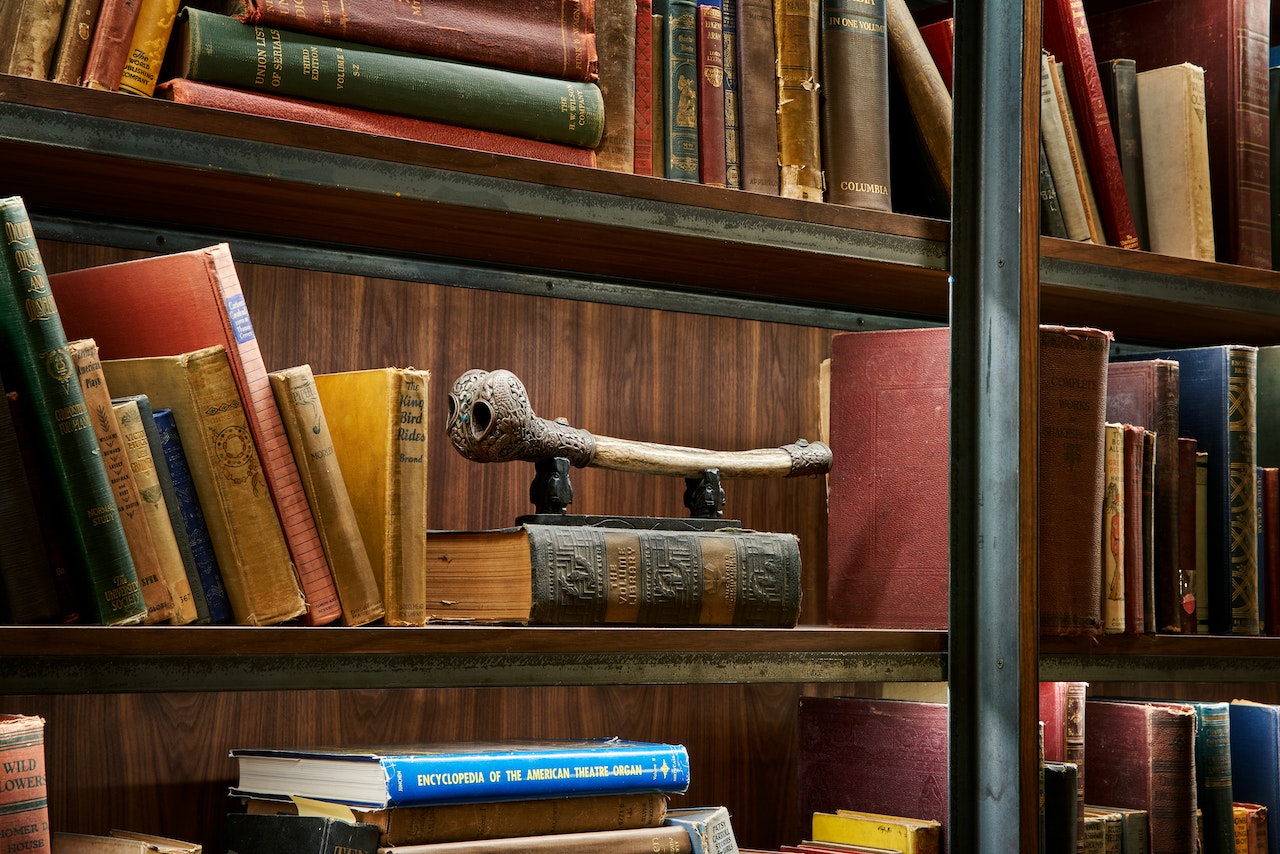 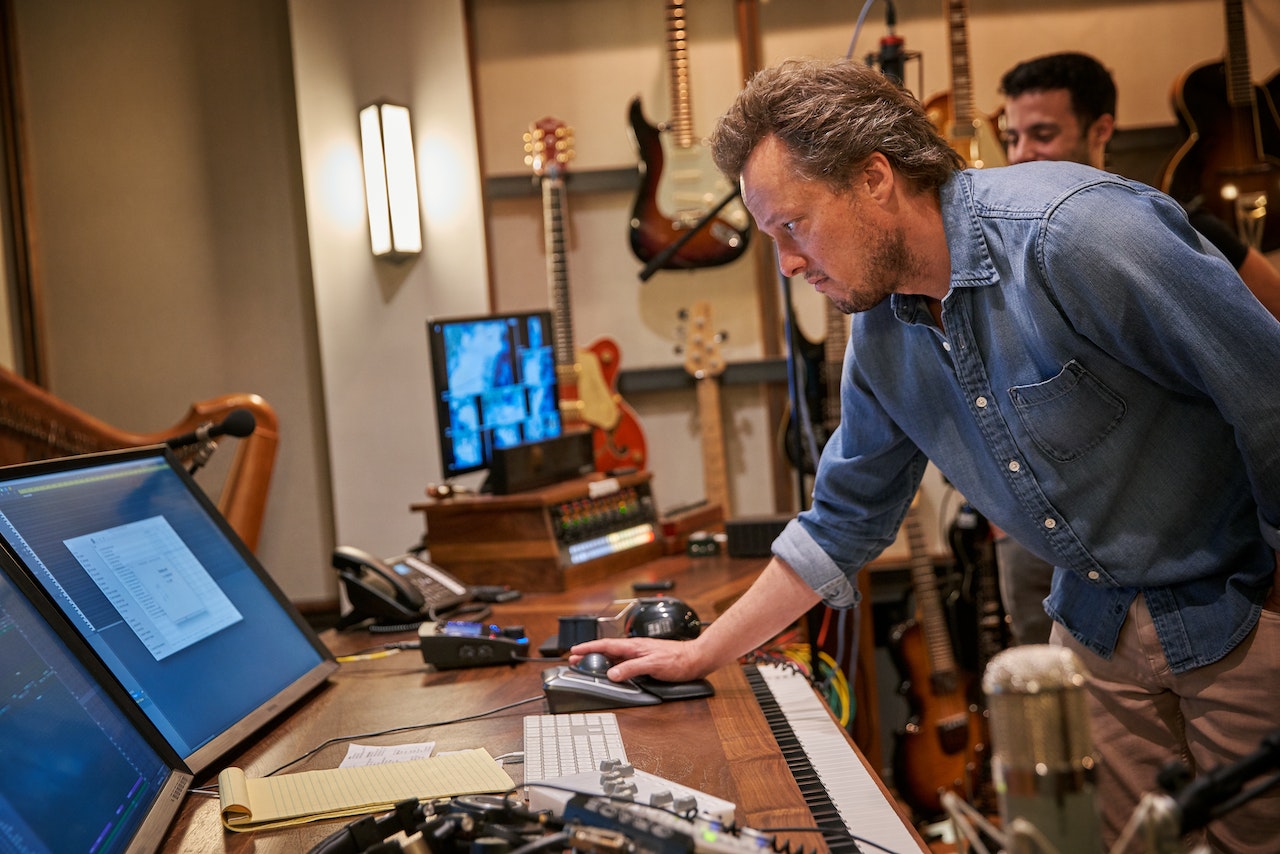 What do you think defines a great space to write and record in?

One of the things that is often an afterthought when building a scoring stage is the aesthetic quality of the place. How does it feel when you walk into it? Does its aesthetic vibe make you want to plug in a guitar or sit down to the piano and make music? Hopefully the answer is yes, but in many cases, I believe this is overlooked.

Sometimes a room is inspiring because it has a lot of history to it and because a lot of great music has been recorded there. But because I was building a brand new room, this wasn’t going to be part of the equation. Rightfully so the aesthetics must come second to the acoustics, but finding a way for them to co-exist was of the utmost importance me.  And I think many people always see the acoustic requirements driving away any possibility for a beautiful looking room. And so achieving both was a huge coup.

My control room, which is where I write, is full of instruments of all sorts. A few steps in any direction and I can grab an interesting musical instrument and make music. And that is very inspiring. A back diffusion wall made up entirely of old books is also very inspiring to me.

What is your favourite mic setup in the stage - do you rely on a Tree or similar traditional setup, or do you have a more close mic’d approach? What's the balance generally?


Every engineer who has come through the studio has had a slightly different approach to mic’ing the room, but there are some fundamentals that stay constant and bring out the best sound in the space.

Yes, when recording orchestra we tend to use a Decca Tree where we mount a trio of M50’s. So far that has been a staple. We also utilise six to ten additional room mics depending on the scope of the score and size of the orchestra. Those will generally be your wides, surrounds, and an LFE (low frequency effect). Everything else will consist of instrument specific spot mics where we generally use a mixture of Neumann KM184’s, Chandler REDD’s, and the occasional Coles 4038. This is in addition to microphones from the engineer’s personal collection.

The balance between your rooms and spots will always depend on what the score requires. On my last film, we were going for a spacier sound with the orchestra, so mix-wise we leaned heavily on the rooms. The film before that we needed something more aggressive, so we mixed the close mics louder to really hear the crunch of the staccato passes. It all depends on what you’re going for.