The world’s cultural landscape is more than a little different to how it looked and sounded when eclectic producer and artist The Range released the lush melodies of his last album, Potential, back in 2016.

Amid political turmoil, a pandemic and ongoing global fallout, James Hinton (aka The Range) has upended his own life, leaving the hip chaos of Brooklyn behind and instead heading hundreds of miles north to the verdant hills of Vermont. This geographical shift is one of multiple obstacles he’s grappled with to release his brilliant new rave and grime-inspired record, Mercury.

“Life now certainly feels less claustrophobic,” James says from his Vermont base. “There’s something about the open space and having nature right outside that makes a big difference. I look back on how I lived before, and I don’t know how I made any progress with my music. I could never listen outside of my headphones - if I did, I’d get yelled at by neighbours within five minutes.”

The rural world he has entered offers a sharp contrast to city life, giving him huge amounts of physical space. Yet the new, unfamiliar sense of isolation was a hurdle while writing and recording Mercury. “I hit a big depression wall moving out here on my own,” James says. “I was dealing with that, then the pandemic was obviously a struggle for everyone. It was a challenging period. My general rule of thumb is I just want to be putting out music as a bookmark of where I’m at every two years. Having this kind of gap between releases is not my default setting.”

James’ initial experiments as a musician and producer kicked off through drumming, initially within the world of jazz before he picked up an eight-track recorder in his teens. He believes that a love for rhythm, which wriggles mischievously through his own productions as The Range, has always been there.

“I grew up in a rural town with little access to musicians so these circumstances meant I got into synthesiser music pretty quickly,” he says of his initial forays into music-making. “Then when I discovered Aphex Twin, it blew my mind. There’s something about the simplicity of the melodies, the ways he uses them, and yet they still sound so incredibly complex at the same time.”

I grew up in a rural town with little access to musicians so these circumstances meant I got into synthesiser music pretty quickly.

After this seismic shift, James chased a paper trail of electronica, developing a love for club music during his time at college. His own creative endeavours were propelled by a passion for organic sounds but a lack of any equipment meant his initial attempts at making his own were undertaken via a PC. “I was always broke as a kid and just had a computer,” he explains of finding his process. “I took a course in college and learned about the idea that you could manufacture any sound you want through mathematical definition inside the box. That became a very powerful thing to me.”

It was back in April of 2018 when James took the plunge and relocated to Vermont. He had already begun work on the tracks that would make up ‘Mercury’ and was looking to move forward from the music of its predecessor. On ‘Potential’, one of the most intriguing aspects was how each vocal sample was taken from an aspiring singer or rapper, mined from an obscure corner of the web.

“I didn’t really think about my sampling process or sampling of vocals as unique,” James says. “It started naturally, I found it exciting and wanted to push it. Up until that point, it had just been a way to access melody as I was so stuck in my head about being able to write lyrics myself. With all club music, sampling vocals is an important calling card. Hopefully, it’s obvious that with this latest record, there is a lot more vocal processing going on.” 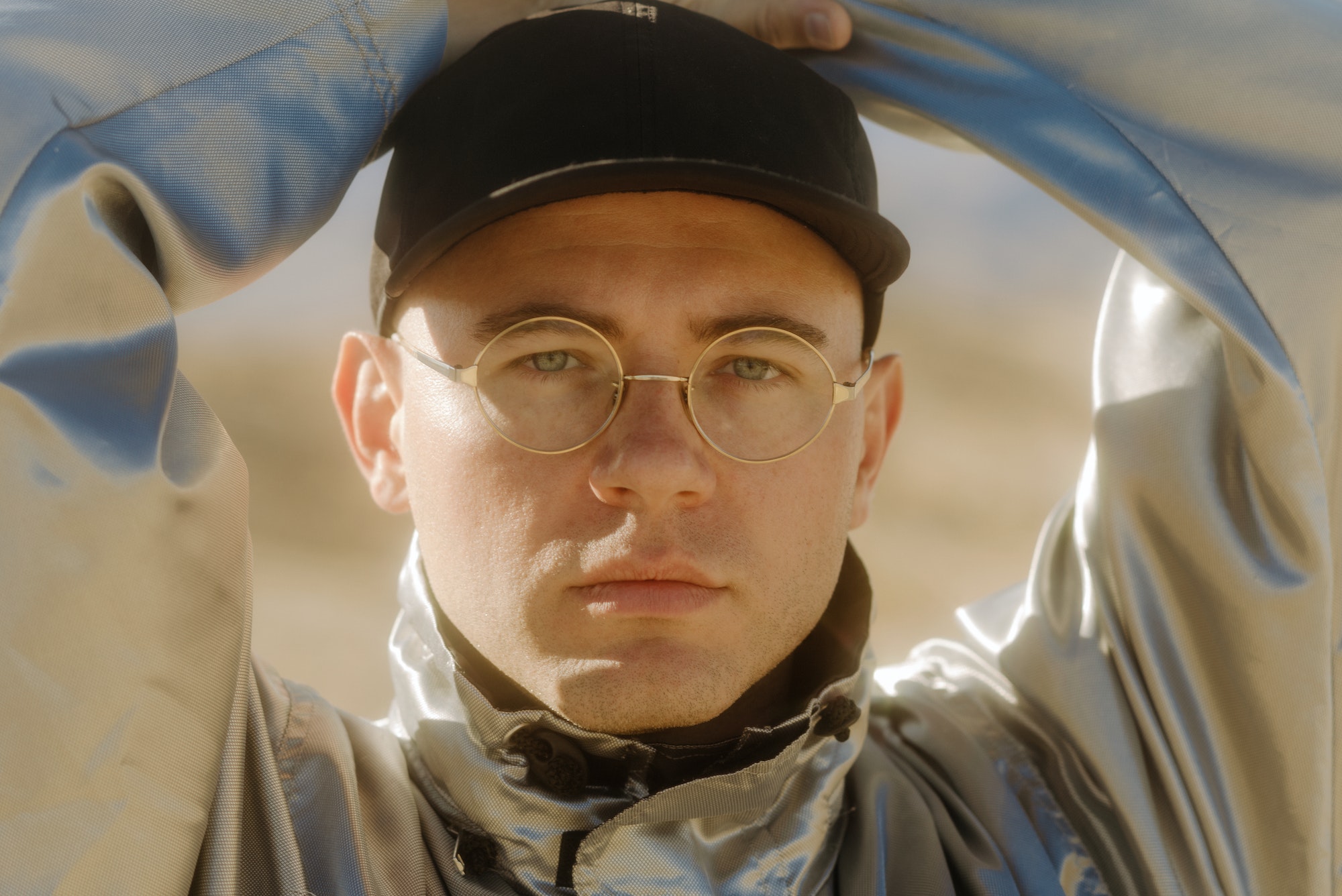 Among everything else that was happening around him during Mercury's evolution, one of the big crises James faced was reaching a dead-end in terms of source sounds for his sample-led approach. It meant he had to dig deeper than ever before for his material.

“The most obvious and startling difficulty was running out of these acapellas,” he laughs. “This was quite existential and not something I thought could happen with the internet. But it forced me to think about new social media, such as Periscope and Instagram. I ended up doing things which were really outside my comfort zone.”

This has led to James creating one of his most exciting pieces of work to date, nodding to the sounds of Aphex and Skepta but also finding its own sonic realm which it can invite listeners into. Tracks such as Ricercar, a tune that samples the Chief Kamanawanalea break by the Turtles, shows off an endless lust for innovation. “I feel like I’ve finally found colour in this album,” he states. “It’s in technicolour and I’ve discovered this new way to paint. I’ve gone from grayscale to having a full command of all these different musical palettes, especially with the sampling process.”

The name Mercury for his album is inspired by the many layers of meaning this moniker creates. He likens it to the mathematical symmetry of a painting by MC Escher and the multi-mirrored reflection of the chemical element.

“I come from a physics background so love the planetary nature of it, of Mercury being so close to the sun that it’s scorched,” he explains. “I was in that mode a lot due to the depression I was feeling where I couldn’t see light for the day. Then there is the Greek god and of course how Mercury poisoning causes Mad Hatter’s disease. I like the idea that people are going to come to it and take from it what they will.”

I’m only allowed to use EQ, reverb, some compression and saturation whilst writing.

As a producer, perhaps unsurprisingly due to the detailed nature of his music, James uses a process of iteration and revisiting his ideas to coax out the most exciting elements. Rather than starting an album with a grand concept in mind, he instead chooses to hone and polish his music until themes and links between tracks reveal themselves. “I just don’t think you can know what will work when you start out,” he states. “And some of the songs I’ve been most proud of have stemmed from the smallest of demos. It’s very easy to get in a creative block where if you put the keystones in place too early, then they don’t work, and the album gets blown apart.”

In hindsight, James recognises how his albums to date have had different themes hanging around them - Nonfiction focuses on footwork, Potential is about his approach to sampling - but at the same time, every track on this new LP is different. “‘Bicameral and the vocal against the bassline came together very quickly,” he says. Ricercar was one of the first songs I wrote when I finally got to the studio here in Vermont. I’m also proud of Notforme as it felt like I was really pushing the songwriting process. I wasn’t in a good way at that time and it was quite a cathartic track to make.”

Alongside his various musical releases, Jame has also taught production and has plenty of advice for those looking to follow in his musical slipstream. One of his personal lessons is to limit his palette, particularly during the writing process. “I’m only allowed to use EQ, reverb, some compression and saturation whilst writing,” he says. “I’m writing the song at that point so that’s all I get. That’s to help me focus.”

During his early music-making days, James would often pit himself against the clock for 30 days straight, giving himself four hours every day to start and finish a new song. He cites this technique as offering plenty of benefits in moulding how he makes his music. “It focuses you on writing and being prolific, being less precious and getting you in and out of the studio quicker,” he says. “If electronic producers don’t have the tactile ability to move quickly within software then you will have this gap between what your ears hear and what your hands are doing. This can really help close that.” 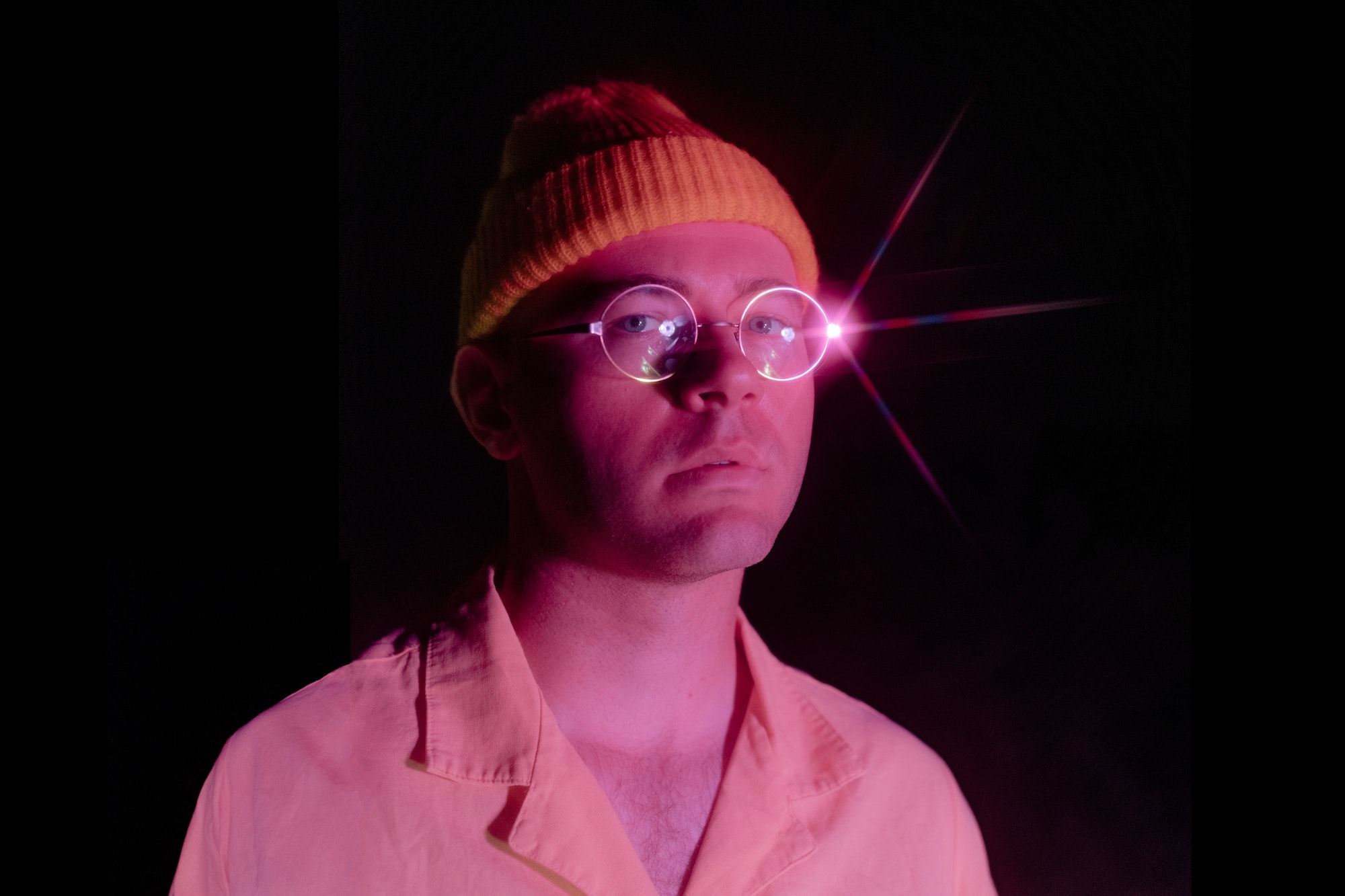 James is also an advocate for returning to ideas and tinkering or rearranging. Again, this can help work through blocks and ensure that producers make music rather than being bogged down. “Many producers are stuck on this idea that a song has to be magic in ten minutes but that is so far from reality or the norm,” he says. “It’s all about returning to an idea and reshaping.”

With live dates now lined up for later in the year around ‘Mercury’, 2022 looks like it will be an exciting time for The Range and his genre-defying music sounds. With the LP marking a real step forward for James, it’s yet another move on his unique musical journey. “I’m going to make music until I die and I’m now on this road, every release is a signpost on the way,” he says. “I’m all about keeping going and pushing the process.”