Emma-Jean Thackray is a leading light in the new wave of jazz-related artists coming out of London. She’s also breakfast radio famous – even if the millions of viewers who saw the Greg James Breakfast Show trailer she composed and arranged last summer aren’t explicitly aware of this fact. Thackray arranged, produced and played on the show trailer which featured Dua Lipa’s ‘New Rules’ remade for brass, in a video that had car doors, trombones and hooters mimicking Thackray’s sound design. The video also featured the Yorkshire-born south London resident in a cameo, blowing her signature trumpet in a lorry. “I got in the cab as a nod to my dad who is a truck driver,” she says. It was a brilliant experience, she says, although not without its challenges.

"On the day, there were 20 or 30 extras who’d never played an instrument before. The director was like ‘OK, we’re going to film in 15 minutes. Can you teach them the song?’” she says. “When I realised that none of the extras were musical I decided to embrace the absurdity and just get them moving in time."

Greg James’ Instagram post on release got over 200k views, it got a thumbs up from Jack Whitehall and Dua Lipa herself, and the video has been seen millions of times, with a few eagle-eyed music fans spotting Thackray’s cameo.

Mostly, though, the multi-instrumentalist, band leader, composer and DJ is making her own music and releasing it herself or on her new label, Movementt, which she launched this spring as a subsidiary of primo electronic music imprint Warp Records. Before lockdown, she was winning awards (her Leylines EP was Worldwide’s Jazz Album of the year in 2018), joining the million+ streams club on Spotify and touring worldwide, playing over 50 shows in 2019. Now, she’s back in her home studio, making beats, recording herself playing, and working on new compositions and arrangements. She works in a rare multitude of forms and styles, bridging high-level classical training with years spent playing in brass bands and other large ensembles, alongside production skills that gained her props from prime movers like Detroit don Theo Parrish or LA beat maker Ras G who sadly passed away last year. 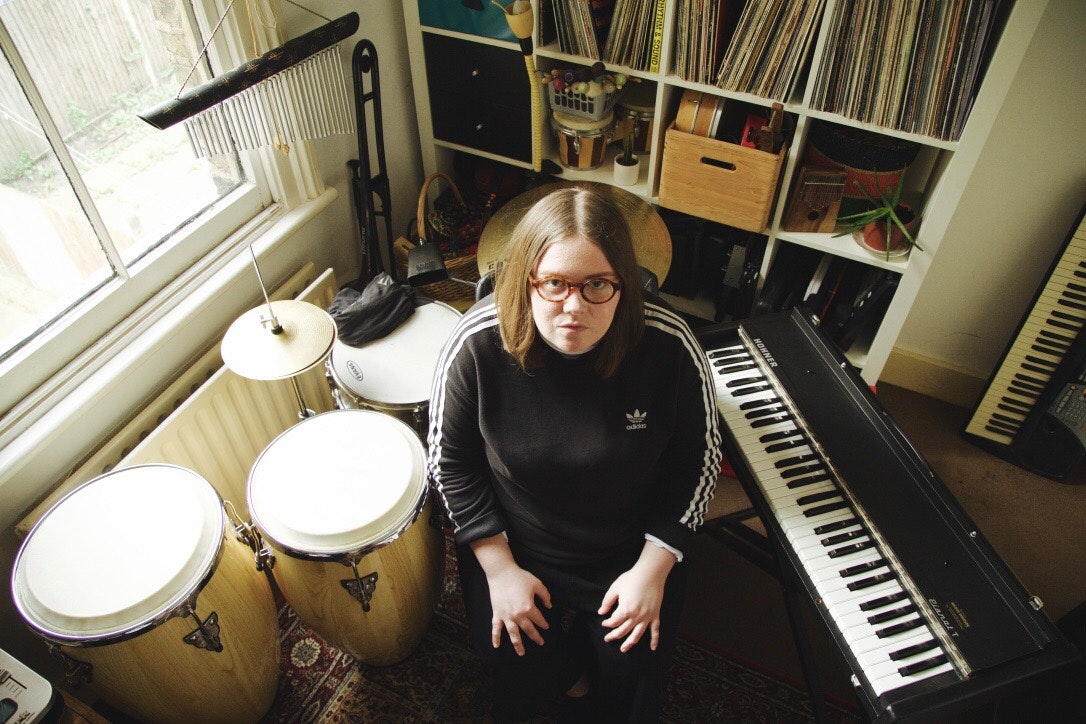 In 2018 she was appointed by the LSO onto their inaugural Jerwood Composer + scheme, which encouraged composers to curate events. She wrote two new pieces that brought together LSO musicians and south London artists not usually considered in the classical canon and curated two events at St Luke’s in London, covering all bases from conceptualisation to the budget. “It was a huge undertaking,” she says. “I wanted to bring together lots of different types of people – all these prescribed gangs – and get them in the same room. The mainly white, affluent, middle-aged classical audience mixing with younger, poorer people who are into jazz, into electronic music. I’m all about not only mixing genres but mixing the people who’d listen to those genres as well.”

Like much of her work, the pieces contained a large amount of improvisation. “I can see that there are a lot of people that still don’t really understand what it entails and think that improvisation comes from nowhere, which isn’t exactly true …There’s a lot of material already happening all around. [Improvisation] should be an extension of that. It should be a conversation, rather than walking into a room where everybody’s talking about politics and you walk in and start screaming about puppies.”

As well as creating orchestral arrangements for pop and dance tunes (specifically for the Filthy Lucre collective) she transcribed and orchestrated a live score originally made by electronic music artist Disasterpeace for the indie-horror film ‘It Follows’. It was screened at the historic Hyde Park Picture House in Leeds as part of the Red Bull Music Academy’s UK programme in 2016.

I was taking synths and manipulated sounds that are impossible to play by instrument in the traditional way, so I was using lots of different orchestration techniques and playing techniques to get those sounds.

There were eight musicians following her score, with trombone, bass clarinet and violin players using a variety of mutes and techniques to evoke the original electronic composition. She played trumpet, the bassist had a few FX pedals (“fairly standard stuff… a synth pedal and a delay”) with a percussionist who was also triggering treated sounds off the Roland SPD. Keys player Elliot Galvin was playing regular pitched sounds on his Korg Minilogue. And producer Matt Gordon aka Pie Eye Collective had a percussion-like score for his SPD to trigger aspects of sound design – mostly pads that were rising and didn’t have fixed pitch – “which would have taken me a year to try and figure out.” 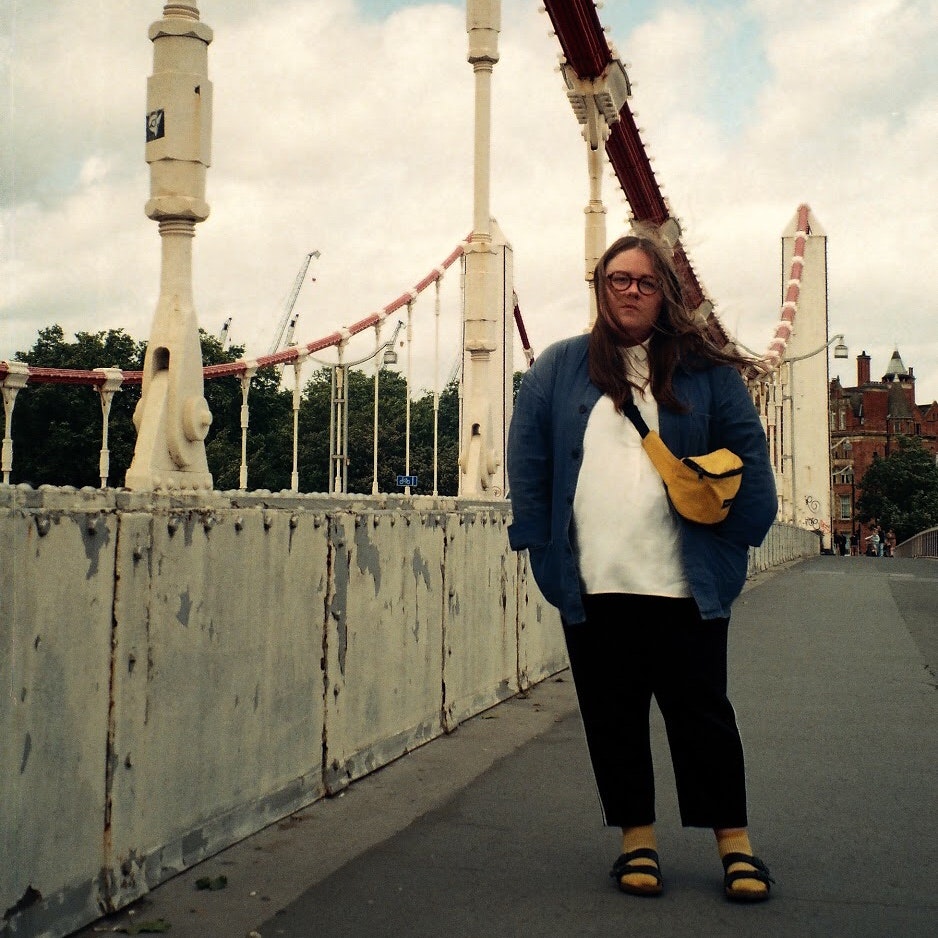 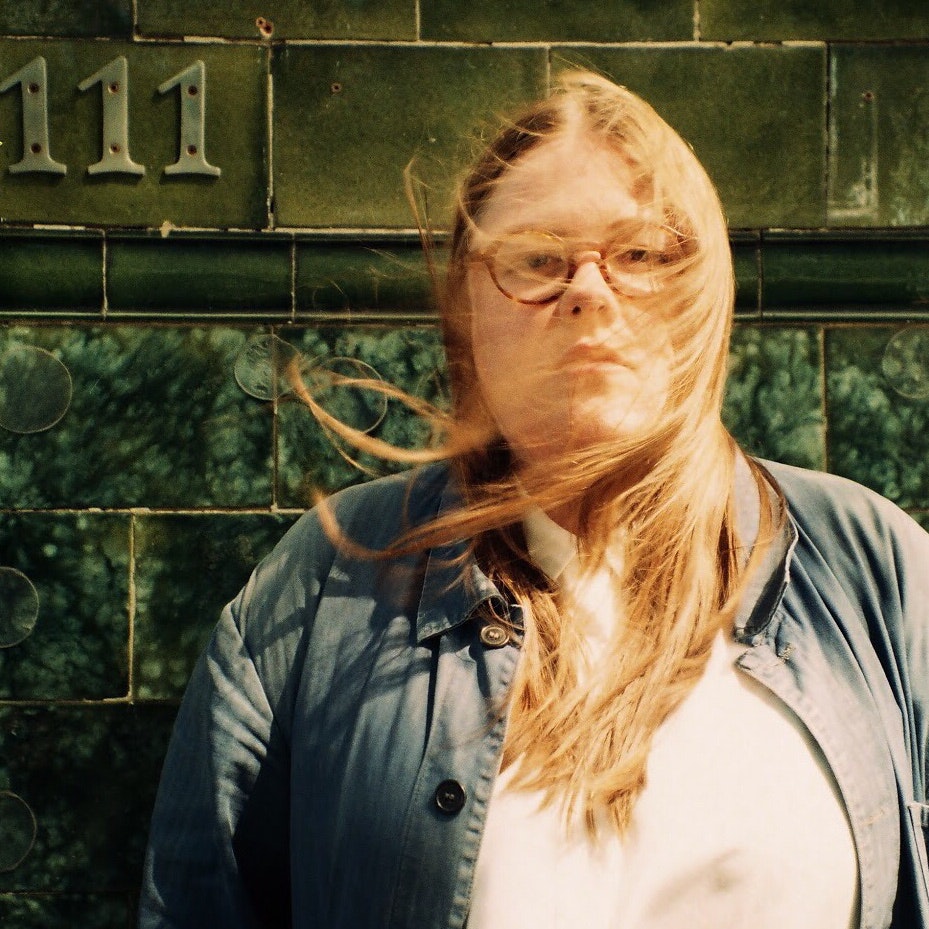 Her studio is similarly make do. “It really needs updating,” she says with some understatement. “I’ve got a 2011 MacBook, some broken keyboards, some broken instruments, even my trumpet is broken. My mics are shit, my room is untreated, it’s not even a quiet room. I’m in a residential area and I’ve got shit neighbours. My partner’s making music downstairs and he’s blaring things out constantly. Nothing is ideal. I think what I’m doing is interesting and creative but it’s a bit of a challenge to realise things because of the quality of the equipment.”

In the end, it’s Thackray’s relentless curiosity and trenchant ability to squeeze sound out of unpromising kit that makes her such an intriguing artist. That, and the fact she’s drawing from multiple skills as well as a multitude of instruments and kit. “I see it all as the same thing,” she says. “When I was studying for my jazz degree my teacher said I had to choose one thing. It felt like people were denying me these different ways of expressing myself. I thought they must be separate and different and that I was weird for doing them all.”

It was American artist Matana Roberts who inspired her to stick with it. “She plays saxophone, she composes for jazz orchestra and she paints. I was like ‘fuck, I want to do that too’. She’s not listening to anyone saying ‘don’t do that’ so I’m not going to either. As I was becoming more proficient and more comfortable, I realised that there are slightly different ways of expressing yourself but it’s all the same thing, whether it’s a DJ set, writing a tune to play with your band, or making a set list – you’re creating a narrative. I’m a storyteller and there are lots of different ways to tell that story.”