Recording and mix engineer Geoff Foster began working at AIR Studios in 1987, the year that Timothy Dalton made his debut as James Bond. Tucked away on the fourth floor of an Oxford Circus department store, Foster learned first hand from The Beatles’ producer George Martin both the hard and the soft skills of the job. “George’s greatest gift was not the arrangements that he did, brilliant though they were,” Foster explains over video call. “It was that he could make anybody feel comfortable.” His was the art of creating a positive atmosphere in the room and then capturing it.

Lured from pop production into the world of film on the promise of variety and longevity, Foster’s fortunes and that of the studio have evolved in what he calls a “symbiotic” relationship. Up until 2008, Foster was AIR Studios Chief Engineer but ever since then, he has gone freelance which has seen him work in many different studios across the world including Abbey Road, Synchron Stage Vienna, British Grove, and AIR Studios.

From Stargate to The Great Gatsby to the latest James Bond film No Time To Die, Foster’s credits roll for longer than he cares to remember. In line with the studio’s familial approach, Foster’s anecdotes are all on first-name terms: Baz [Luhrmann] recutting Moulin Rouge after the premiere; getting the best vocal take from Renée [Zellweger]; convincing Hans [Zimmer] to swing a classic Bond refrain; recording the guitar sound of Mark [Knopfler]; how Billie [Eilish] wanted bigger brass. 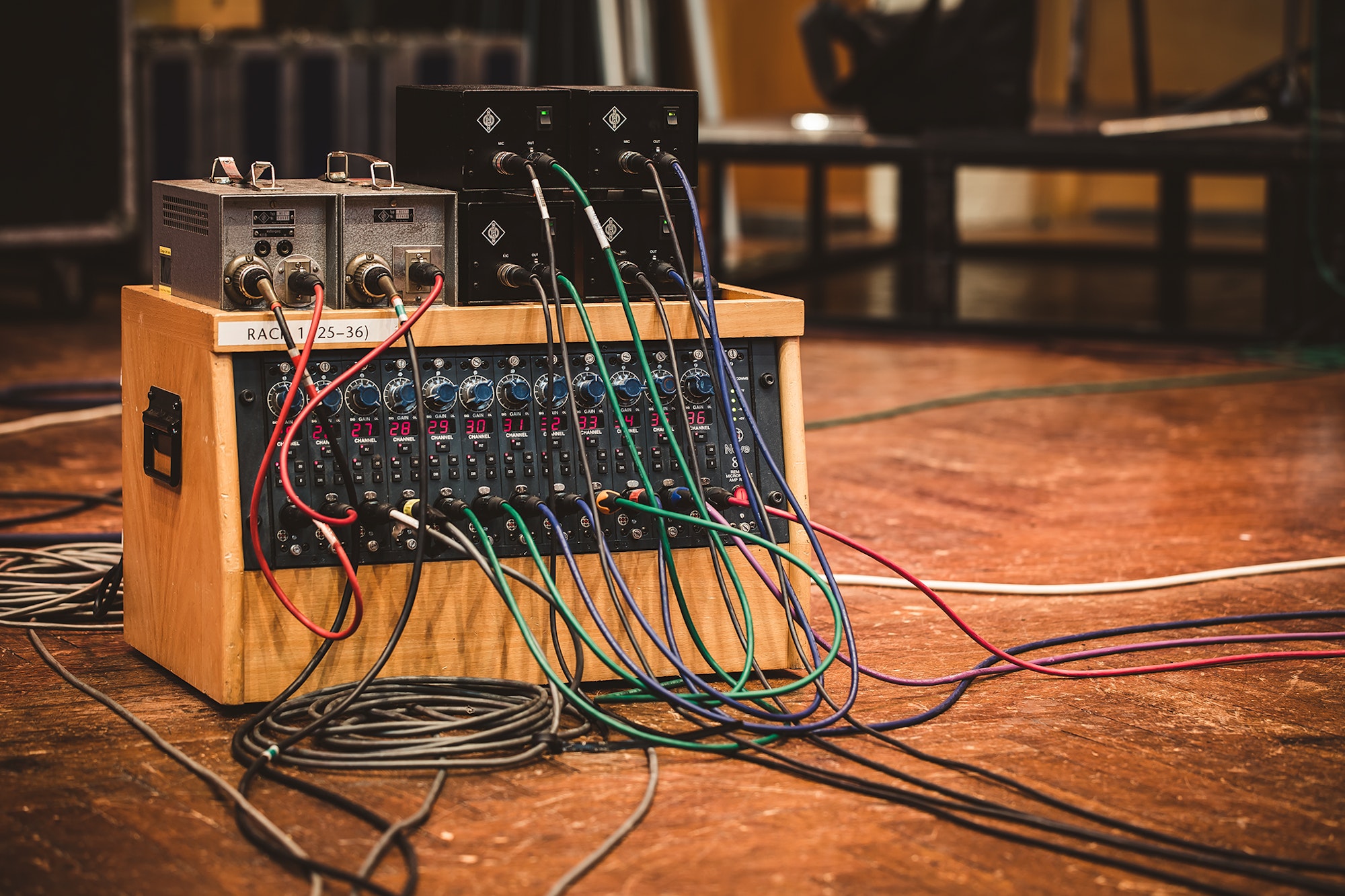 Where a preconception of studio engineering may over-emphasise the technical task of capturing sound - mic choice, placement, stemming, mixing, and so on - Foster sees his role as more holistic. “I find the process of getting a vocalist comfortable and recording a great vocal, a lot more effort than doing a 90-piece orchestra,” he explains, invoking the spirit of George Martin. “How do we get you into a space where you feel safe that you can do what you want to do?”

In terms James Bond would understand, Geoff Foster is part Q, master of sonic gadgetry, and part M, the avuncular advisor, keeping energies focussed and emotions in check. “The underlying thing for an engineer in film is not that you're hip and cool and trendy, it's that you're a safe pair of hands,” he says, referring to the iconic Bond theme as the cinematic equivalent of “the Crown Jewels”.

With a bombastic Hans Zimmer score complemented by Billie Eilish’s breathless lead, the soundtrack for No Time To Die has had to carry more weight than most. Delayed for 18 months by the pandemic, and the final Bond to star Daniel Craig, the stakes could not have been higher. 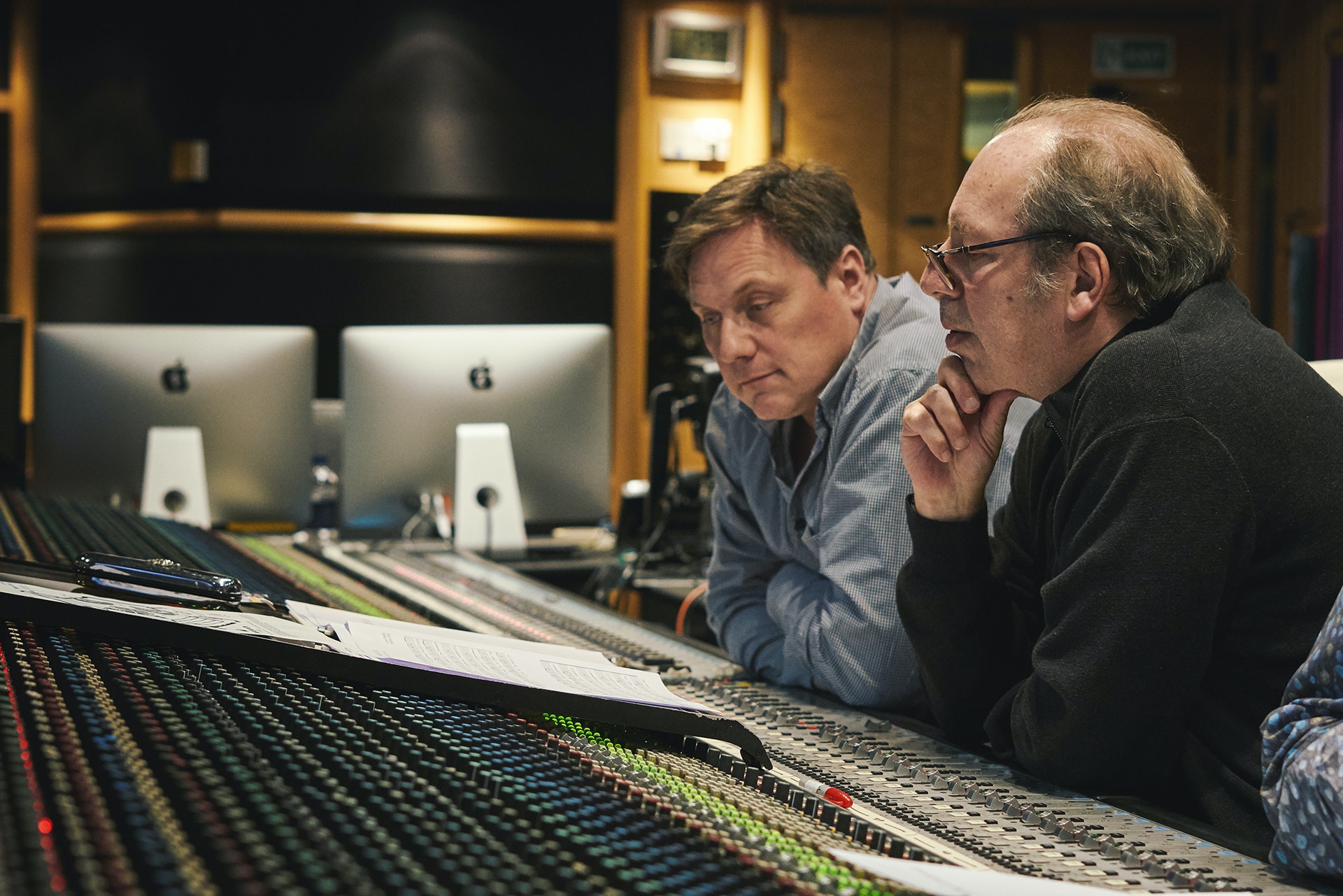 You’ve now worked on six James Bond films. Have you always had a personal relationship with the franchise?

It was part of my childhood. You know, the Americans don't quite get Bond in the way that the English do. It’s sort of part of our DNA, and musically, for the brass players in London, playing the Bond theme on a Bond film is a career peak. There's nothing better than being the lead trumpet playing that theme.

With that familiarity probably comes a responsibility to play the part well and honour that continuity, especially given that the music is so significant to the experience of the film.

Yeah, it is part of what we expect when we go to see a Bond film. There was a conversation at one point about whether or not a particular riff should be swung. I remember Hans [Zimmer] turned to me and said, "you've done this before, what should we do?" I said, "Well, of course, it should be swung." This is classic Bond being played as classic Bond. And with the brass players, I think the note we gave them was just "play this the way you know it should be played."

The unsung heroes of live performance are always the monitor mixers. They’re the people who get it so the musicians are hearing what they need in order to perform.

The formal requirements are perhaps more pronounced in a James Bond soundtrack than they are in something without such historical precedent. Do you enjoy working with tasks that combine a level of problem solving and creativity?

One of the things that I really love about the job is that there is never a single solution to "how should we do this"? There's never a right way and a wrong way. You get involved in pushing musical ideas in ways that serve what's happening. Are we playing what's on the screen? Or are we trying to not play what's on-screen because it will make what's on screen more outrageous or funny? As an engineer, I love the fact that working on a film, you get asked to do all kinds of music and all kinds of styles in a way that if you're a pop engineer, you get pigeonholed pretty quickly.

Is there something that you bring to all these styles that feels very much like your approach?

It’s a sound thing. Different engineers have different sounds. It’s a question of personal taste, but if I sit in a room and listen to an orchestra after I've recorded it, I'll want to hear it a certain way. And that is my signature. Another engineer will hear it differently, and that that will be their signature.

Most engineers can tell you who did what and usually tell you what room they did it in just from listening to it. I set the room up differently to a lot of engineers at AIR for instance: my choice of microphones, how high I put the tree, and how I monitor things.

It's a very intangible thing, in the same way, that you can identify Eric Clapton's guitar style and Mark Knopfler's guitar style from a hundred miles away. Engineers have the same sort of thing, and it's that which we bring to any given project. 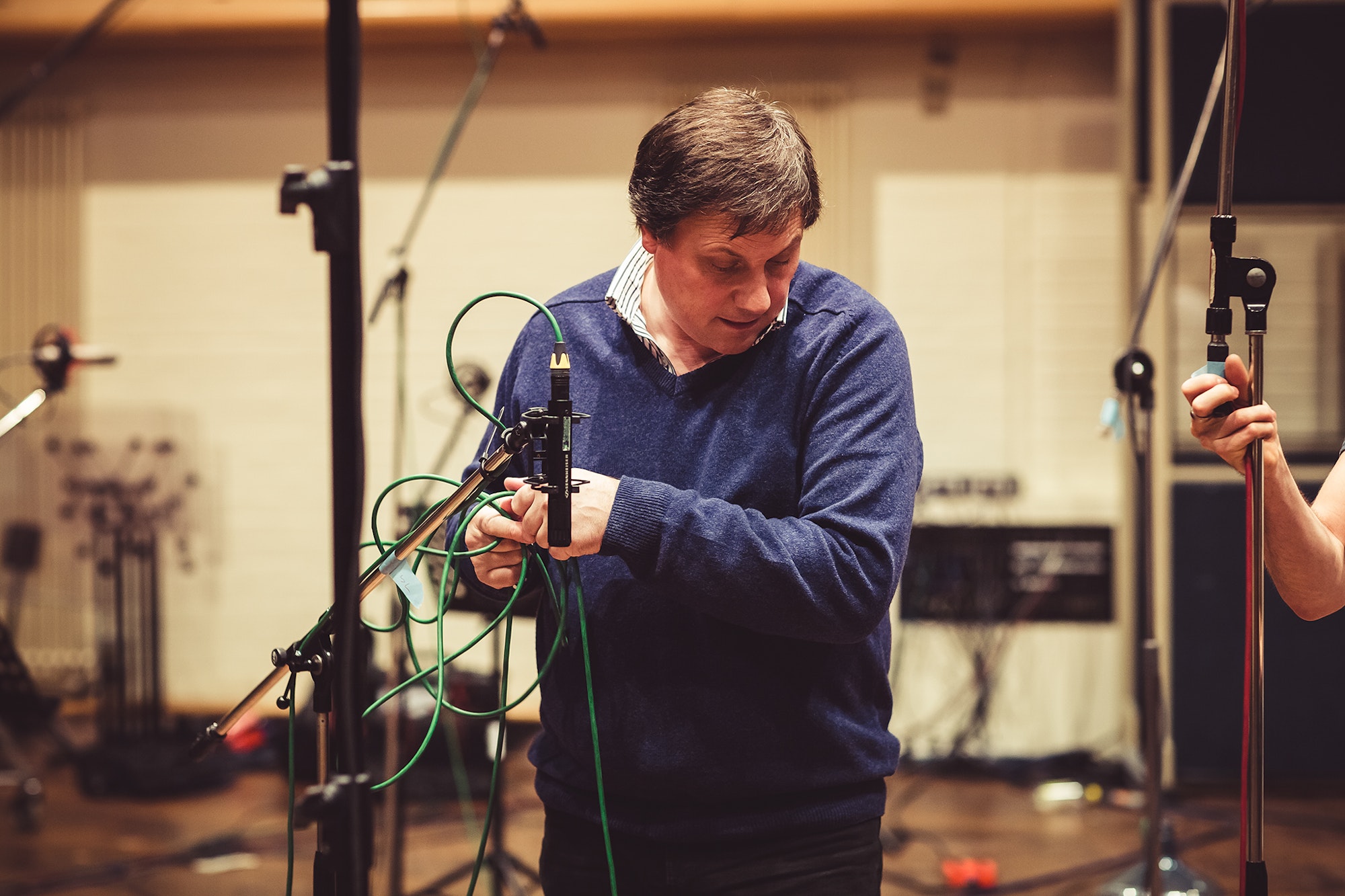 Can you put your finger on what you are listening out for, or what you deem to be most important in that recording process?

One of the things that I think is misunderstood about the craft of engineering is that to make a great record or to make a great sounding score, you basically have to make sure that it is great at every single point along the chain. The whole process, from the inception of the idea at the very beginning, all the way through to the final mix, is where that quality comes from.

Also, a decent working headphone mix - however unglamorous it might be - is really important to a performance. In fact, the same argument also applies to live music. The unsung heroes of live performance are always the monitor mixers. They’re the people who get it so the musicians are hearing what they need in order to perform. Front of house can't do anything if the band can't play. The issues that you're trying to fix as an engineer are often not the glamorous issues. Everyone says it's all in the prep, but it really is.

If I'm doing vocals, even if I've got a full orchestra out there, usually the first two or three takes I will be listening to their headphone mix. However important the rest of the backing track might be, if your singer or your soloist is not bringing their A-game, then the rest of it doesn't matter. As Frank Sinatra said, "no one apart from your mother is buying this record for the third trombone part.”

You have worked with pop musicians like Björk and Joni Mitchell in the past, who all have very distinctive voices. How do you approach recording vocals with musicians of that stature?

I mean, you put up a nice mic! In my case, I always put up two mics, because there will only be one take. As an engineer, the gig is to get that take on tape. And really, there is also only ever one answer, and that's yes. Can we do this? Yes. Give me a moment to think about how we're going to do it. But yes, if that's what you want to do, then that's what we'll do.

One of the things that I really love about the job is that there is never a single solution to 'how should we do this'?

The final recording is obviously a coming together of so many different elements. People often talk about the idea that a mixing desk or a synthesiser will share something of the personality of the person that built it.

A Neve console built by Rupert Neve has a sound to them that SSL's didn't. There is definitely a sense that anything that we do creatively is inevitably coloured by the people that make it even if they're not in the performance. The costume people, for instance, are partly responsible for us buying into somebody being who they are on screen. Part of what makes that character believable is the costume, the lighting, the setting. All of these things are part of the storytelling process.

The sound of Bond is certainly as much a part of this character as the way it's acted or the specifics of that particular narrative.

Everybody knows where they're expecting to hear the Bond theme. That's the moment when Bond is doing something amazing. That's when we all get goosebumps. And as a viewer, you go “Yeah! He's arrived.” He is now the Bond that we all know. That's what the music needs to do.

The music almost assures us that we can depend on this character. For the first time, that may no longer be the case…

My own personal take is that I'm very sad that they've done that to Bond because I think Hollywood needs to give us heroes. More than ever, in this very troubled time, we need people to look up to.