John Carpenter, legendary director, master of gore, and the man who changed the face of horror forever, is having the time of his life. At the age of 73, he’s enjoying a second career as a full-time composer and musician having left behind the punishing grind of filmmaking. “Directing is like working as a coal miner,” he sighs over the phone from his office in Hollywood. “The work is brutal. But this is great! I mean, I can get a cup of coffee, make some music, then go watch basketball. I mean, what could be better?” 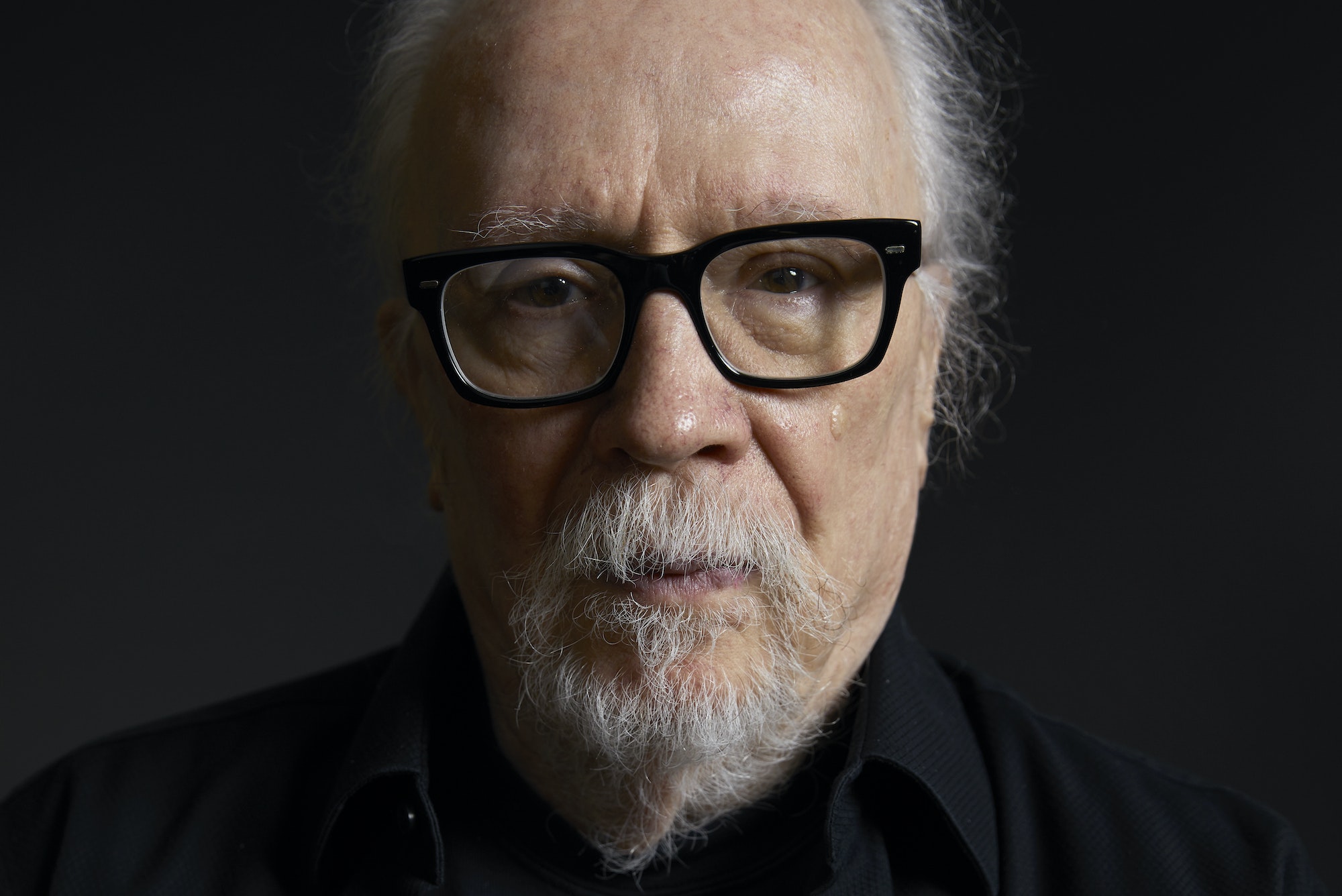 He’s certainly earned it. Carpenter has always been one of Hollywood’s hardest-working directors. As a filmmaker, he has been fiercely independent, shying away from studio projects for most of his career so he could retain complete control over his vision. Not only would he direct but he would usually write, compose, produce and edit. During the seventies and the eighties, he revolutionised horror with his bold and ambitious ideas, pumping out classics like Halloween, The Fog, and The Thing. No other director knows how to crank up the sense of dread and paranoia as simply and effectively as Carpenter to deliver maximum thrills.

The filmmaker has composed more out of necessity than anything else. To keep costs down, he scored most of his own films, learning the nuts and bolts on the job. Carpenter studied at the University of Southern California's School of Cinematic Arts, where he started working on his first feature film, Dark Star. His first credit as a composer was on the short film, The Resurrection of Broncho Billy, in 1970, which he also co-wrote and edited. It went on to win an Oscar for best live-action short.

Carpenter has produced many iconic scores including those for Escape from New York, Christine, and Prince Of Darkness, but his most famous and enduring soundtrack has been for Halloween, his 1978 slasher film featuring unhinged murderer Michael Myers. With its sparse piano melody and unusual time signature, the main theme has become one of the most chilling and recognisable horror songs ever made.

It’s a track he has revisited again for the soundtrack to Halloween Kills, the twelfth instalment of the popular horror franchise, and the second part of a trilogy by director David Gordon Green. Carpenter has collaborated with his son Cody and godson Daniel Davies on the score. This time, they’ve added a choir but really there’s not much he can do to improve on a classic. “We just changed it up a little bit but that theme is kind of indelible so there's nothing we could really do except put ornaments on it. It's always going to be the Halloween theme.”

With scoring movies, that's always been my goal, to make it big.

It was Carpenter’s dad, a music professor, who planted the seeds for the Halloween theme song many years ago when he got his 13-year-old son to tap out an exercise on the bongos. “I got a pair for Christmas,” he explains. “My father taught me 5/4 time with these bongos and up until that point, 4/4 time was all I knew. This was a revelation. So I kept it with me in my head, sat down at a piano one day, and just played this rhythm and that was it. It just came out. I played it before I made the movie.”

Working on the score for Halloween Kills gave Carpenter the chance to get creative. As with his other soundtracks, he relies on synths to dial up the feeling of impending doom. The trio would get together to improvise. “We have a studio at the house and we have the ability to call up an enormous number of sounds. We tried different approaches to get the sound we want; making noise with our mouths, making noise with a pair of sticks. Anything to make something different happen.”

Carpenter was born in New York but grew up in a log cabin in Kentucky. His father encouraged him to learn the violin as a child but he claims: “I had no talent." He had more luck with the keyboards and guitar. When he was eight, he watched the 1956 sci-fi classic Forbidden Planet and was completely blown away by the intergalactic story and its groundbreaking score.

“It was the very first soundtrack that was electronic and it was done by this husband and wife team [​​Bebe and Louis Barron]. It was just so foreign at the time to my ears. I'd never heard anything like that before. It truly was another world. I still listen to that soundtrack and it's still amazing. It just went along with the film so beautifully. Everything about that experience changed my life.” 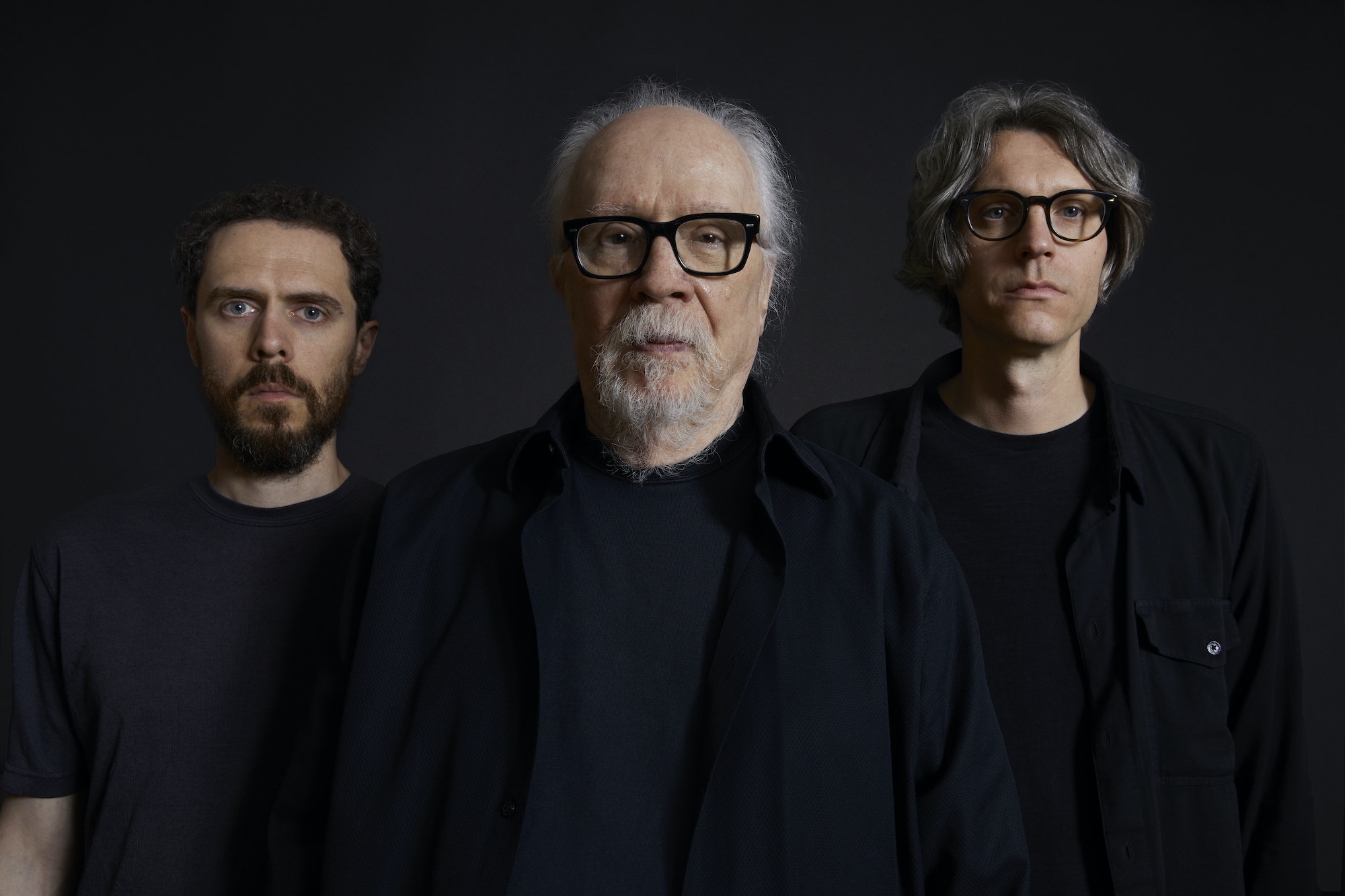 For the past few years, Carpenter has been collaborating with his son and Davies on a series of albums called Lost Themes, a collection of songs for imaginary films. They also worked together on the soundtrack to 2018’s Halloween, Gordon Green’s first reboot of the franchise. “I get to work with my family, which is just sensational,” he says. “They are more technically savvy than I am. So, for instance, if we want to come up with a sound, they know where to get it and they can improve on what I would do. At my age, I need all the help I can get!”

Carpenter once compared scoring to providing the “carpet” for a film. “Let's say you made a movie," he says. "You have no music on it. I will provide this carpet underneath your movie, to support your scenes, to support the characters. Maybe even a theme for the characters during the chases and the sad scenes. That's the carpet I'm talking about. I should put an advertisement in The Hollywood Reporter for carpet work!”

Early on in his career, Carpenter wasn’t able to score to footage as the technology hadn’t been invented yet to do that. Instead, he would record the music using a stopwatch so he could match it up later with the film in the studio. The director famously only had 24 hours to compose the entire soundtrack to Assault on Precinct 13. “It was brutal! I didn't have much to do. I had the main theme, I had a quiet theme, I did some rhythmic material. When the clock ran out, that was the end of the score.”

Carpenter is regarded as a synth pioneer and it has always been his instrument of choice. “Well, I have minimal chops,” he says modestly. “So, if I sit down at a piano, I can't play certain things. But if you put me in front of a synthesiser, I can get a certain sound, and it will sound big, like a synthesised orchestra. With scoring movies, that's always been my goal, to make it big. That I can do with a couple of fingers.”

One of the few films of his that he didn’t score was The Thing, which bombed on release but has since been hailed as a horror masterpiece. Instead, he enlisted Ennio Morricone to work on it with the Italian composer delivering a synth-heavy soundtrack that sounded very much like something Carpenter would have whipped up himself. “Why, he was such a nice man,” says the director. “He didn’t score The Thing to image because we didn’t have a finished film so he provided some music. He figured out the theme of my movie before I did. The piece of music that he gave me was just wow! He was wonderful to work with.”

My father taught me 5/4 time with these bongos and up until that point, 4/4 time was all I knew. This was a revelation.

When he started making the Lost Themes albums in 2015, Carpenter used to talk in interviews about how much he enjoyed creating music without the deadlines that came with film scoring. But he’s loving his return to composing, especially without the added pressure of being behind the camera too. “It's great! The Lost Themes albums were scores for movies in the mind of the listener. But movie scores are actually movies that exist. So I’ve got something to work with. I’ve got the image so I can score that. I have always wondered if being a director affected the way I score in terms of being able to see things besides myself.”

Composing for him is like entering a trance. He simply follows the flow of the notes to see where they might lead. “Our job is to score the director's vision. A lot of it depends on the finished film, watching it, and picking up the mood, the rhythm, and the timing of it. That's what's fun. It’s sort of like jazz improvisation except it doesn’t sound like jazz." While directing will always be his first love, Carpenter considers music to be the purest art form. "Because it doesn't involve words. It’s one of the few things we do that lifts us up above savages.” 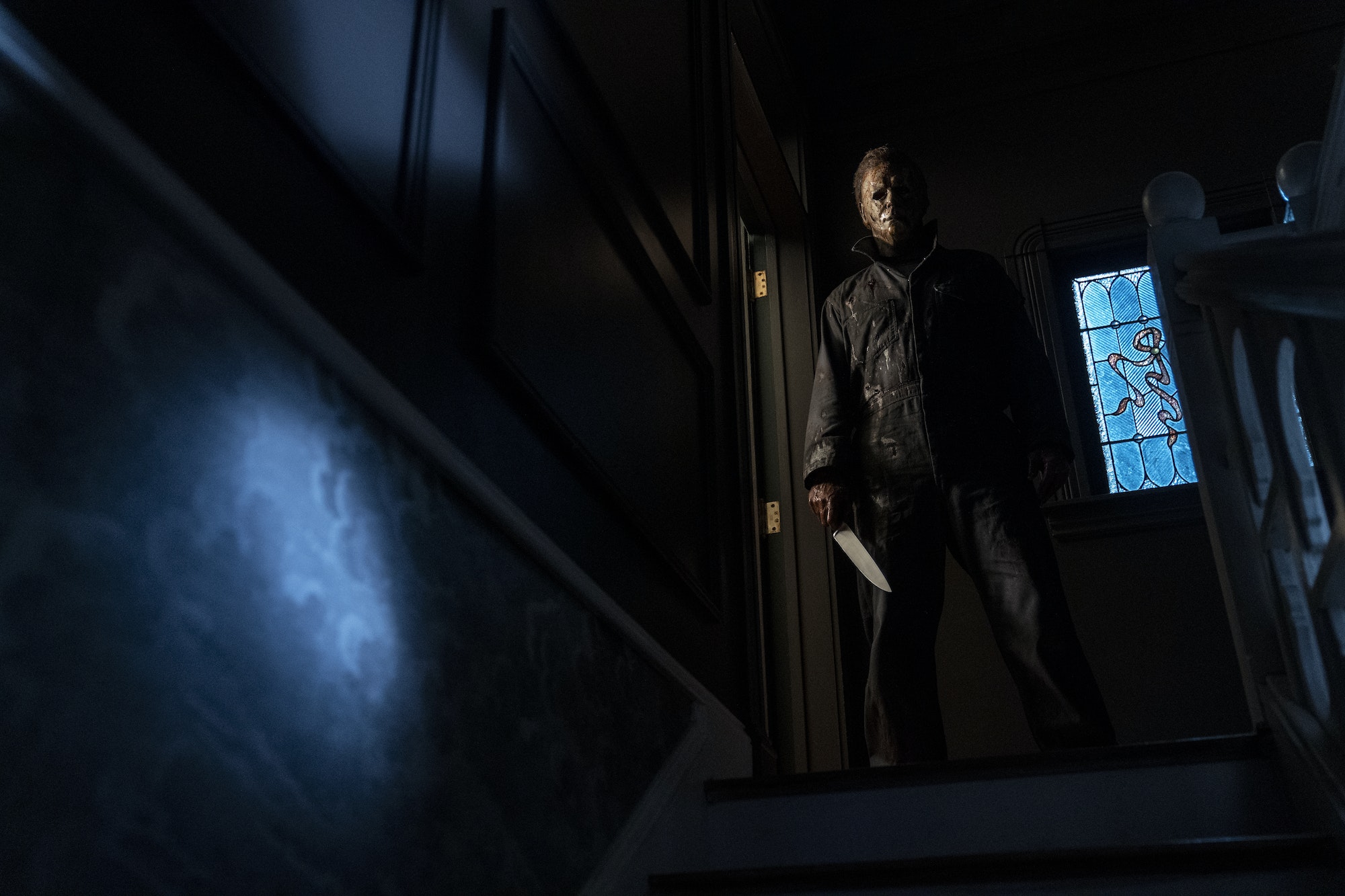 While Carpenter has been celebrated as one of the most influential directors ever in horror, his work as a film composer hasn’t earned a similar level of acclaim. Does he feel like his scores were under-appreciated? “I don't know! I wish I'd been more appreciated in [everything]. But what can I do about it? Nothing. I do want a day of reckoning with all the movie critics. I want five minutes with them in a room. That's all. Just five minutes.”

Many of his films like Big Trouble in Little China and In the Mouth of Madness were box office flops that received mixed reviews on release. But they’ve since gone on to become cult classics revered by fans and critics. Surely, Carpenter has had the last laugh? “Yeah, that’s true,” he concedes somewhat begrudgingly. “I shouldn't be petty, should I?”

I do want a day of reckoning with all the movie critics. I want five minutes with them in a room. That's all.

The Halloween films have collectively grossed more than $640 million at the worldwide box office. Carpenter only directed the first film and stayed on for producing duties for the sequels Halloween II and Halloween III: Season of the Witch. Since then the lucrative slasher franchise has been taken over by a variety of directors including Rick Rosenthal, Tommy Lee Wallace, and Rob Zombie. Gordon Green’s trilogy is set to end with Halloween Ends, which Carpenter will also be scoring. He is forever grateful for its continued success. “It's given me a career beyond what I ever expected, paid a lot of bills and it’s brought all this great stuff. This tiny little movie. What’s there to complain about? Nothing!”

Will he ever return to directing? Carpenter’s last film was 2010’s The Ward starring Amber Heard as a troubled young woman, who is trapped in a psychiatric institution with a vengeful ghost. “I might,” he ponders. “I do miss it. But I don't need to. That's the great thing about getting old. For so many years of my life, I was driven to direct. Now, maybe I’ll choose to do it. You got a script for me?”