Eleven years ago, John Murphy was starting to feel burnt out. The British composer had made a name for himself on films like 28 Days Later, Lock, Stock and Two Smoking Barrels, and Kick-Ass. But somewhere down the line, he’d fallen out of love with his job. All he wanted to do was spend time with his family, make his own music and watch football. So he decided to take a break. When he was ready to start working again: “I didn't know if anyone would even remember me! I thought: ‘Okay, so you’re starting again. That's cool. Just find a little indie movie. Have fun.'” Then, out of the blue, James Gunn called.

The Guardians of the Galaxy director was a big fan of Murphy’s work and wanted him to score his latest project, The Suicide Squad, a follow-up to 2016’s Suicide Squad, starring Idris Elba, Margot Robbie, John Cena, Viola Davis, and Joel Kinnaman. Was he interested? “I would have said: ‘Yeah,’ if he'd said: ‘I’ve just shot this movie with my iPhone,’” he jokes over Zoom from his studio in Los Angeles.

Two days later, he was on a plane to Atlanta to watch the antihero blockbuster being brought to life. The film, about a ragtag band of failed supervillains forced to tap into their heroic sides, was going to be a wild, no-holds-barred adventure. Murphy’s score would have to reflect this grungy, devil-may-care aesthetic. Which for the self-taught musician, who hails from Liverpool, was right up his street.

Writing the music for The Suicide Squad felt almost like I was on an indie movie but on a massive scale.

“Writing the music for The Suicide Squad felt almost like I was on an indie movie, but on a massive scale. So I guess got what I wanted in the end, just not in the way that I thought!” says the 56-year-old. “It's kind of an unusual score, to be honest. We definitely wanted to make it our own. But we weren’t being different for the sake of it. We just wanted to entertain. It's a comic book that's blown up into vivid colours and craziness, so I wanted the score to feel comic book too. And that gave me license to abandon the classical shape of a score. So we began by going with stuff that we thought was cool, or funny, exciting, or scary. We let the film dictate what worked for the score and we took it from there."

The Suicide Squad is more of a soft reboot of the DC Comics franchise than a sequel. It's funny, gory, and irreverent, directed with unhinged glee by Gunn. Supervillain Bloodsport (Elba) is taken out of jail and reluctantly put in charge of an elite government task force of misfits featuring Peacemaker (Cena), Harley Quinn (Robbie), King Shark (voiced by Sylvester Stallone), Ratcatcher 2 (Daniela Melchior) and Polka-Dot Man (David Dastmalchian). Colonel Rick Flag (Kinnaman) tries to keep them in line as they head off on a search-and-destroy mission to the remote island of Corto Maltese. 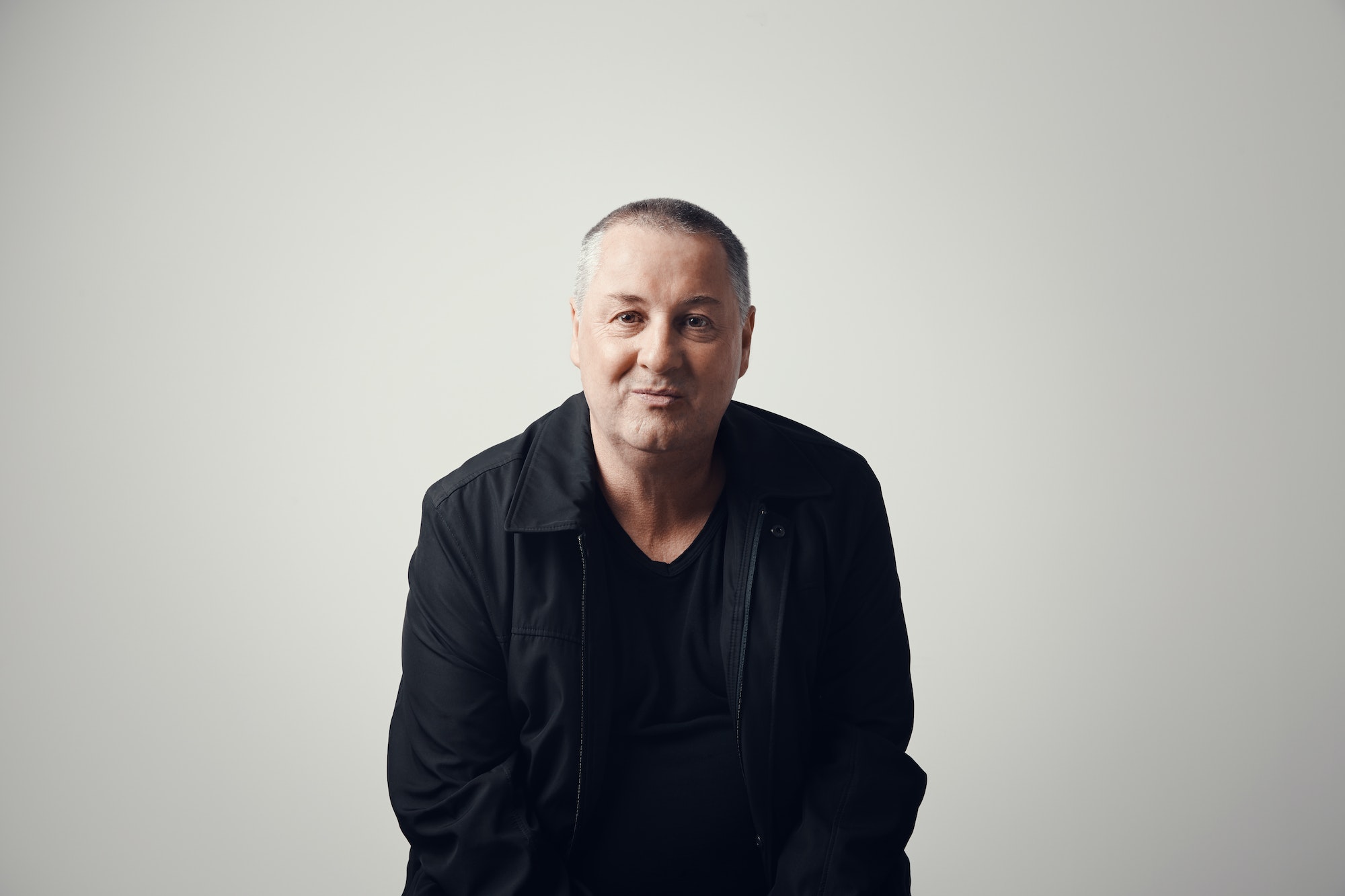 Attitude was the word that kept coming up when Murphy and Gunn were discussing the score. “I tried to keep that as my mantra from the beginning, no matter what it was. If it was a grungy, punky thing, I tried to give it that extra bit of attitude. But there's a lot of stylized thematic sections throughout the film where we find out more about the characters. So I would look at those moments and go: ‘If you weren't restricted by the overall tone of the score, what would you really want to do?’ So I was trying these completely off-the-wall ideas, that sometimes never appeared again.”

As the score develops, it moves from the steely aggression of the main theme, with its menacing guitar riffs, to soaring choirs and elegant orchestral sections. But halfway through the writing, Murphy made a decision to compose all the main ideas on his custom-built Pistolero guitar. “I knew there would be a point where I'd have to switch to piano to write the orchestral pieces. And I was thinking: ‘How can I write the orchestral stuff with the same attitude as the guitar stuff? What if I don't switch to piano? What if I carry on writing with a guitar into an amp with fuzz pedals? That could be cool. Let's see how that goes.’

“So I started writing the orchestral pieces on guitar - like the low brass parts, playing them through a fuzz box through an amp, and I’d write the soaring lead string parts with different distortion pedals. But it was always guitar. It was so different from what I would have written on a piano. It had attitude. By writing the main orchestral ideas on guitar, I think that the transition from them being failed supervillains to antiheroes was more seamless. And a smoother crescendo. Because the attitude was always in the writing."

Composing for an ensemble piece with so many characters meant Murphy had to be selective about who he was going to highlight in his music. Ratcatcher 2, who has the power to command rats, became the emotional heart of the squad and the film. Her theme, Ratcatcher’s Story, is a gentle interlude of melancholy strings and acoustic guitar that illustrates her tragic backstory. While Harley Quinn, who got her own spin-off in 2020’s Birds of Prey, has three tracks - Harley Gets the Javelin, Red Flag, and Harley Sings - that explore her inner vulnerability rather than her violent nature.

By writing the main orchestral ideas on guitar, I think that the transition from them being failed supervillains to antiheroes was more seamless.

“You can't have 20 characters and have them all have a theme because it would just feel like a cartoon. You have to make decisions as to who's going to carry the thematic stuff and who isn’t. And it's not based on which character is the most featured, it's more to do with which characters are carrying the universal themes of the story.”

Murphy was 11 when he picked up his first guitar and taught himself how to play the James Bond Theme and The Rolling Stones’ (I Can't Get No) Satisfaction. Because he could play those riffs on one string. And it was 007 who first piqued his interest in soundtracks when he was a young child. “I was probably four or five years old. And I remember watching one of the Bond movies, bouncing around the room, and jumping off the couch. It wasn't just Sean Connery being awesome. This badass guitar riff was playing. And I remember being really excited by that. It's funny that these things stick with you. You think they're not important. But they're all little building blocks that help to make up your musical DNA." 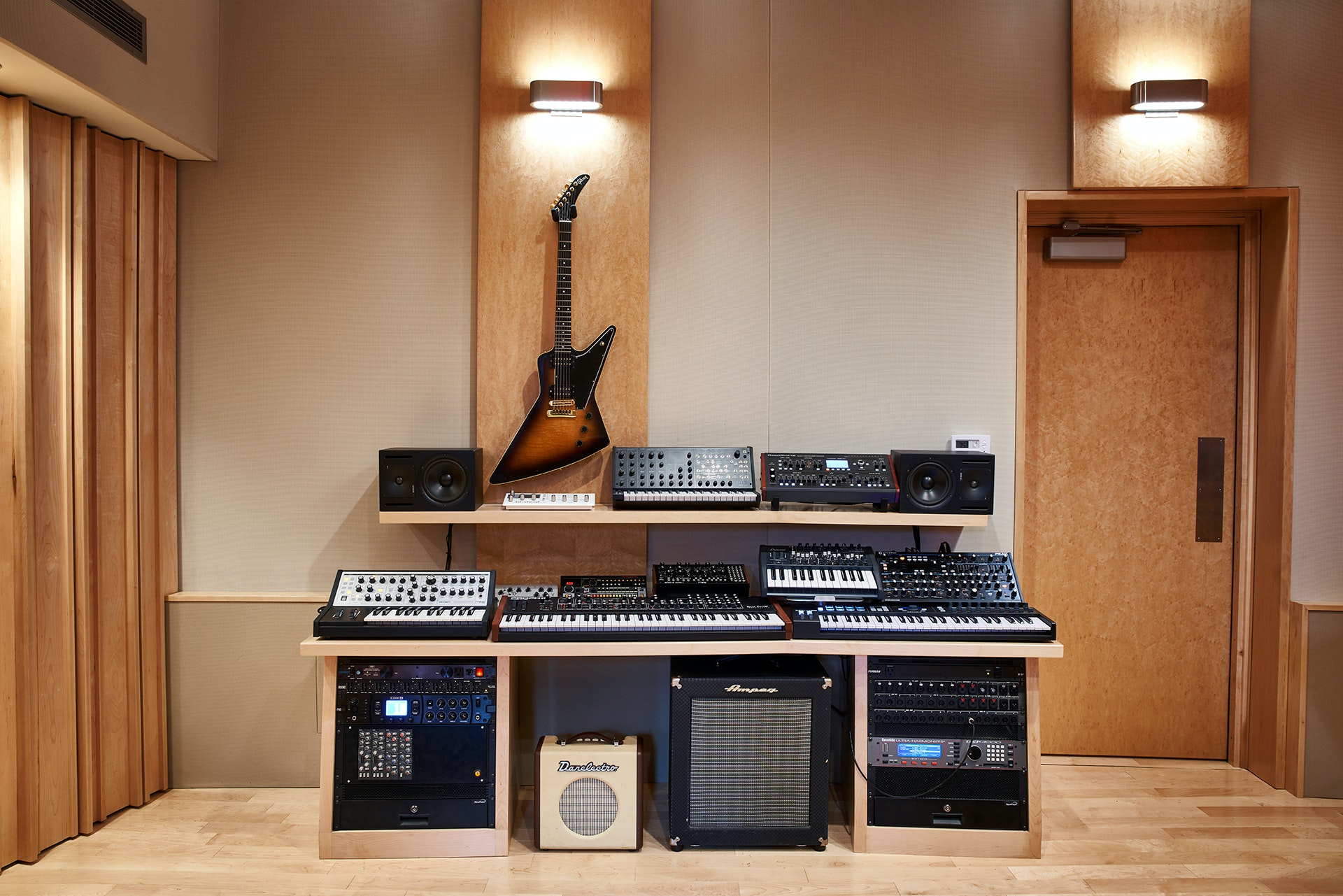 The musician tapped into his roots as a punk guitarist to bring a maverick, freewheeling energy to The Suicide Squad score. Murphy fell into composing by accident after a chance meeting with director Vadim Jean. Six months later the filmmaker suggested he should score Leon the Pig Farmer, and Murphy and his songwriting partner David Hughes were officially offered the gig during a meeting in Soho. After the meeting, they headed to the nearest bookshop to see if they could find a book on how to score a film. “We walked straight to this shelf and there was a book called “How to Write a Film Score”, so we bought it.” The plan was to study it on the train back to Liverpool but they decided to celebrate and have a few drinks. They never got around to reading the book.

Instead, Murphy holed himself up at home for a month to watch his favourite films including King Kong, Psycho, Vertigo, Once Upon a Time in America, The Elephant Man, and Taxi Driver. He would hoover up three or four films in one day, diligently writing down in a notebook when the music would come in, what it did, and the effect it had. “In the end, I stopped writing stuff down because you start to get a road sense, where after a bit you don’t go: ‘Oh, indicator!’ You just end up doing it. It was an amazing learning experience though.” That was his education in film composing.

After the success of Leon the Pig Farmer in 1992, Murphy went on to score Lock Stock & Two Smoking Barrels, Snatch, Miami Vice, and Kick-Ass. He also started a fruitful collaboration with director Danny Boyle, who he worked with on 28 Days Later, Millions and Sunshine, as well as the TV films Vacuuming Completely Nude in Paradise and Strumpet.

“Danny is great. He's similar to James in that he has really great instincts with music. And like James, he's a rebel too. He's not scared of doing something that most people wouldn't. For 28 Days Later, there aren’t too many directors who would let you get away with scoring the climax of their movie with a tiny, echoey piano, then a breezy acoustic guitar coming in, and then a slow-burning 'dirgey' crescendo. It was pretty brave of him to go: ‘But it works. So let's just do it this way.’

“For a lot of scenes, he'd say: ‘Just surprise me.’ Which is great. Because that gives you the freedom to try stuff, which you might not normally have had the confidence to do. Some of my best stuff is in Danny’s films because he trusted me."

Kick-Ass was Murphy’s last film before his extended hiatus that started in 2010. During his break, he set up his own record company, Taped Noise. “I just wanted to write music for the sake of it - without deadlines, producers, or notes.” He decided to ease his way back into composing by taking on the BBC adaptation of Les Misérables in 2018 “to blow the cobwebs away” before returning to Hollywood. After so much time off, he’s been given a whole new perspective on his work.

“Halfway into my break, I was thinking one night and I finally figured out how to write scores for movies. Like: ‘Oh my God, so that's how I should have been doing it! Wow. You really made life hard for yourself!.’ Because I used to take it all so seriously. So this time around, I’ve been a bit more chilled out. I didn't sweat the small stuff. And I think I'm a better composer for it. Or at least I'm not as much of a pain in the ass as I used to be! Now, I’m like: ‘Fuck it, just chill out and give it your all.'"

Halfway into my break, I was thinking one night and I finally figured out how to write scores for movies.

Being a self-taught musician and composer, Murphy never expected to end up where he is today. He recalls first moving to Los Angeles in 1998 when he would feel like the children's book character the Velveteen Rabbit, “paranoid” about whether he would ever become a “real composer”, as he compared himself to his peers who had been to prestigious music schools like New York’s Juilliard. But he faced his own self-doubts head-on and came out of the other side by staying true to himself and his instincts.

“There were times in the old days, usually at orchestra sessions, where I did feel out of my depth,” he admits, although eventually, he came to realise his fears were unfounded. “But I haven’t felt like that for a long time. Because when I started to do my own thing, around 28 Days Later, that's when people started to notice, and I started to get hired for the sound I created. As long as you’ve got heart and you understand the story, that's the main thing. You learn the rest as you go. You don't have to go to music school to grow a heart.”