“I just love the theatrical elements of life”, says Kaitlyn Aurelia Smith, as she approaches the release of her bewitching new album, Let’s Turn It Into Sound.

Smith is a bohemian techie. Ten years on from her 2012 debut, Cows Will Eat The Weeds, Smith is still demonstrating the creative breadth of what can be achieved with Buchla synthesisers, an instrument that is deeply entwined with her identity as a musician: “They make me feel closer to electricity, and I think electricity is something that I've always felt really connected to”.

Originally from Washington’s luscious Orcas Island, the composer, performer and producer has followed her debut with a collection of critically acclaimed albums that differ wildly. Consider 2014’s Tides: Music for Meditation and Yoga, an album of purposeful background music, commissioned by her mother. Then there’s Ears (2016) and The Kid (2017), with each of them demonstrating Smith’s talents for creating rich and distinctive sound worlds. Not forgetting collaborations with Emile Mosseri (the composer behind The Last Black Man in San Francisco and Kajillionaire), as well as Suzanne Ciani, a pioneer coined as America’s first female synth hero. Sidenote: Ciani invented Coca-Cola’s instantly-recognisable “pop and pour” sound effect. What Smith offers with Let’s Turn It Into Sound, is an album that continues to honour her adoration for Buchla synthesisers yet is remarkably fresh.

The album’s title is a response to something personal that Smith went through. “I found myself in a situation which I think almost everyone has experienced… where you're a little confused on whether something is [coming from] you or if someone else is projecting onto you,” says Smith. “That concept was really fascinating to me”. It prompted her to explore answers to two key questions: How do we understand what it is that we’re feeling? How do we translate our experience of the world into something that someone else can understand?

Let’s Turn It Into Sound begins with a striking piece called Have You Felt Lately? The four-minute opener enters with a crackle, a pop and a cascading video-gameish fanfare before imploding into a cuddle of lullaby-ish melodies; certainly not background music. Skip your way through the track - although we don’t recommend it - and you wouldn’t be foolish to assume that you’d accidentally landed in the next one. Much like other tracks on the album, it captures an impossible density of visceral ideas. Yet Smith’s expertise is to masterfully avoid a mess or overwhelm. Instead, the album encapsulates the complexities of ineffable and internal sensations, turning them inside out so that we can hear our own inner-most thoughts through a kaleidoscope of rhythms, melodies and textures. All this through the lens of her trusted ‘West-coast style’ Buchla synths.

Electricity is something that I've always felt connected to - like a natural element that I really resonate with. 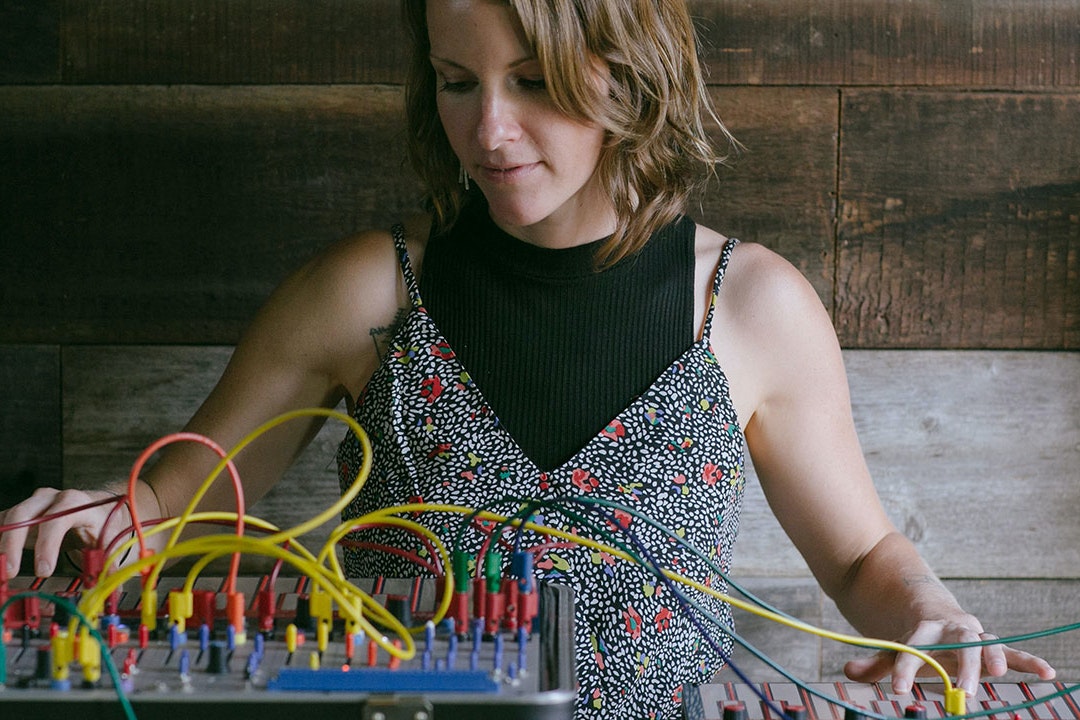 “Synthesisers have a breathing-feeling to me; mostly the older, analogue synthesisers which use components that are actually discontinued”, says Smith. “Electricity is something that I've always felt connected to - like a natural element that I really resonate with. Playing with the older synthesisers allows me to feel like I have this window into sculpting electricity”.

There are a number of different synth models featured on the record. “There's a Buchla lightning, a Buchla music easel and a Buchla 200e. Then there's a few other analogue modular synths and polysynths - and I made a lot of pads with my voice”. Smith has developed a vocal processing technique that we’re hearing for the first time in this album. “I won't go in too much into detail because really it's something that I keep hidden - it’s just for my own personal use” - but she offers a glimpse.

“[The technique] actually came to me through playing with what it would feel like to embody different characters. I've been really curious about how to use my voice to make extensions of characters; I love personifying electronics. I think there's something really endearing about when you personify a machine and you give it emotions, and so I wanted to play with creating a sentimental, robotic character”, says Smith.

“I feel like we're always projecting how we're feeling onto things, too. And so it's fun to fill things that we think don't really have feelings, with the feelings that we're having. I guess the intention with this character was to use my voice to make the characters sound like they're kind of artificial and that they also have human qualities to them. Sometimes, I'll ask a friend if I can record their voice and I won't use their actual voice in the recording. I'll use different formants of their voice to modulate my own. That part’s really fun because it feels like I have a friend that's singing with me”.

It’s constant experimentation like this that fuels Smith’s sense of play and discovery. “Every album usually starts from a seed of me learning something new, and that tends to take me into a new sonic journey”.

Every album usually starts from a seed of me learning something new, and that tends to take me into a new sonic journey.

Let’s Turn It Into Sound is bountiful with recreation and humour. “One of the composers that I really admire is Moondog, a composer that always draws from sophisticated composition techniques - but with playfulness”, says the LA resident. “Synthesisers have always been a comedic experience for me - they’re full of hilarious sounds! They know how to make me laugh. I think with this album in particular I was giving myself permission - especially during the pandemic when it was created - to have enormous amounts of fun and just really let myself laugh with it”.

Synthesisers have always been a comedic experience for me. They know how to make me laugh.

That playfulness is etched into the colour-burst music video for Is it Me or is it You?

“That was a collaboration with Sean Hellfritsch. I’ve collaborated with him on a few of my previous album visuals and each time I usually make a Pinterest board of things that were inspiring me while I was making music. Then I pass it over to him and he creates a cohesive, visual language for the albums”, says Smith. “This Pinterest board had really loud fashion statements that were making me really excited while I was creating the album; sculptural fashion, really absurd oversized or undersized clothing, lots of neon colours and sculptures by James Terrell and other lighting artists. I got to wear this motion capture suit - something I’ve always wanted to have an experience with - and embody the character that's in the video”.

Is it Me or is it You? Opens with pulsating, flutish-synths, and wraps suddenly with a deliciously-wonky breakdown. In fact, pretty much every track on the album begins and ends with a standalone statement or idea, which doesn’t appear anywhere else in the piece.

I just love that sound design can cleanse your palate before you go from one place into another place.

“I love that you noticed that because transitions and beginnings and endings are actually my favourite part of the musical process. I love the visceral disruption. I don't mean that in a mischievous way - I just love that sound design can cleanse your palate before you go from one place into another place”, says Smith. “I love the holistic journey of an album; it's a very physical experience for most people even if we're not aware of it because we're feeling all the psychosomatic elements of sound. Especially with synthesisers; you get to be really particular with frequencies that you're adding - the ultra frequencies or the lower frequencies that you're feeling in your bones - and then you can really play: “Okay, I want to make this feeling happen between this part and that part…”. “Everyone feels differently of course, but it's fun to move from one place to another and hit all these different feelings in between it”. 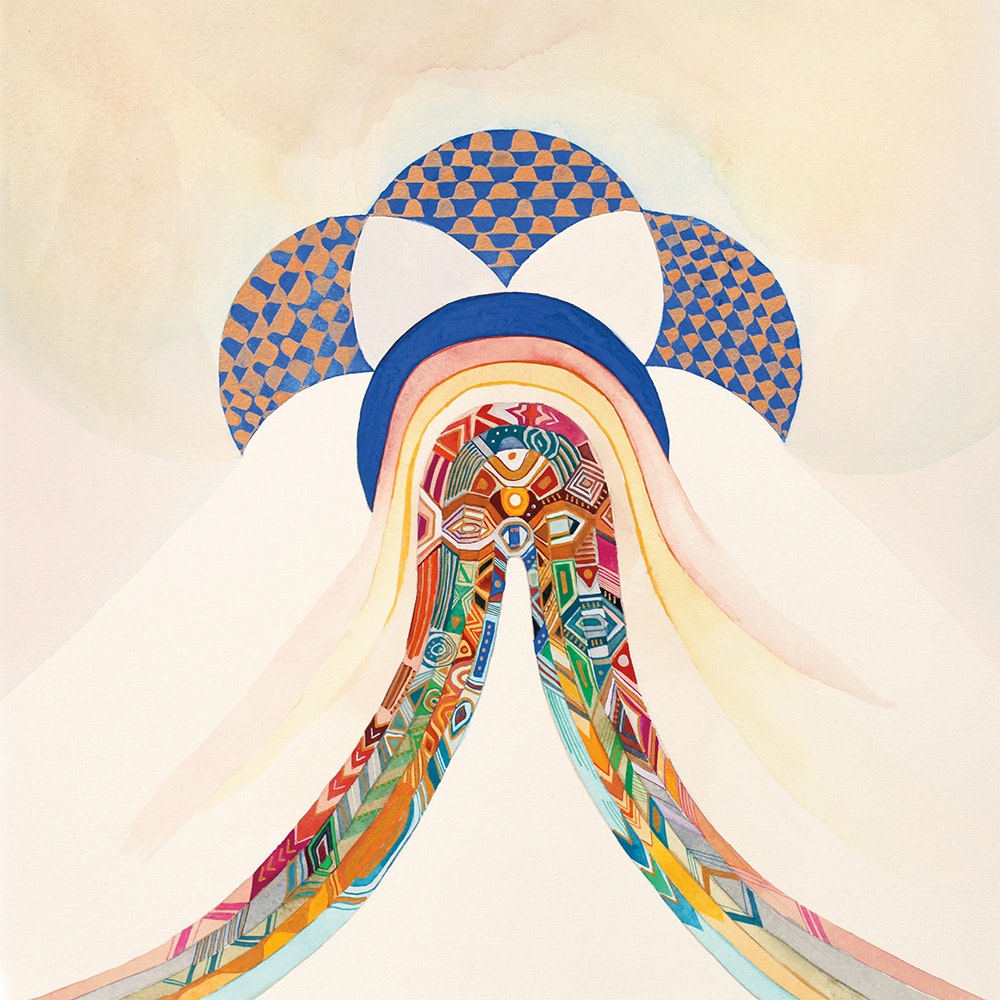 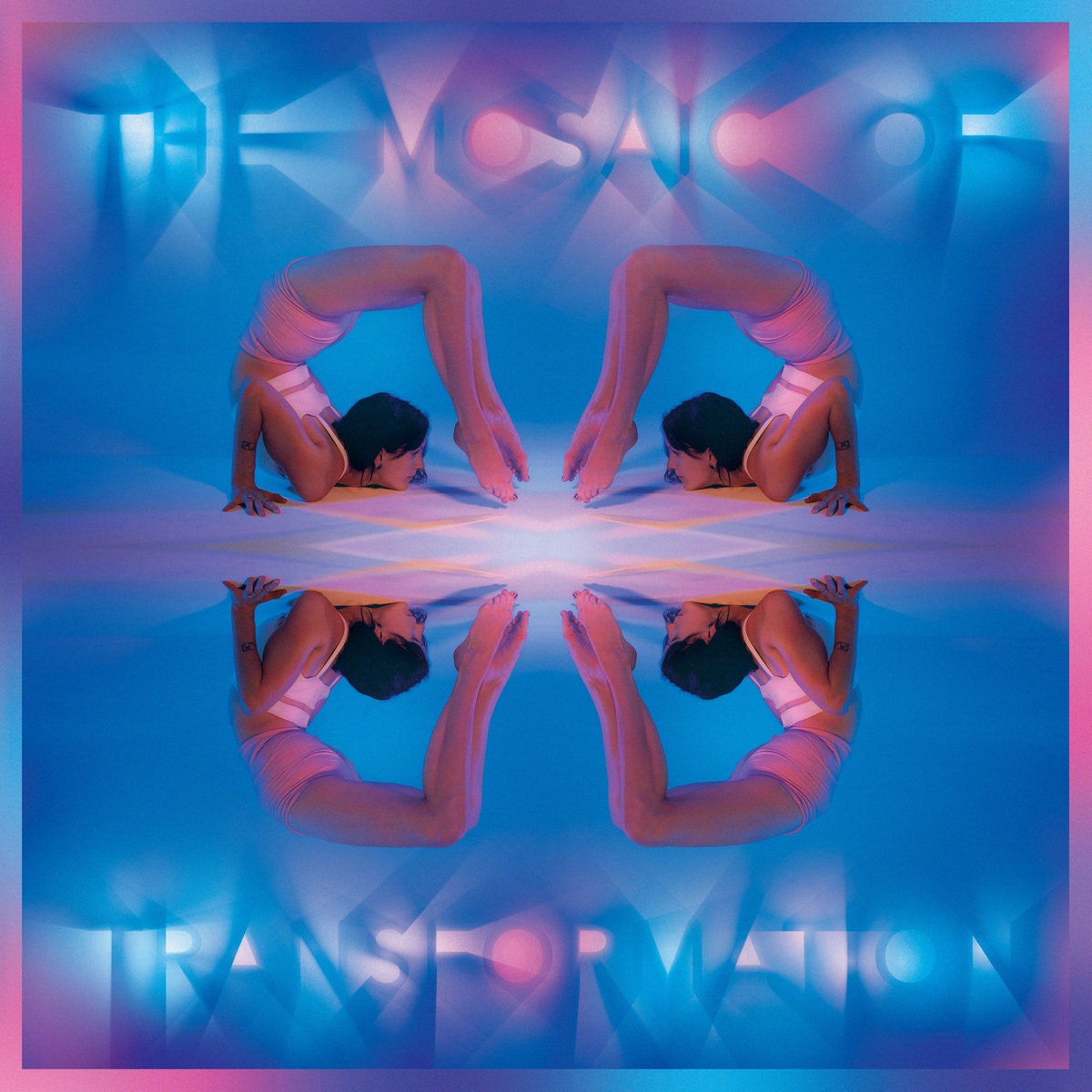 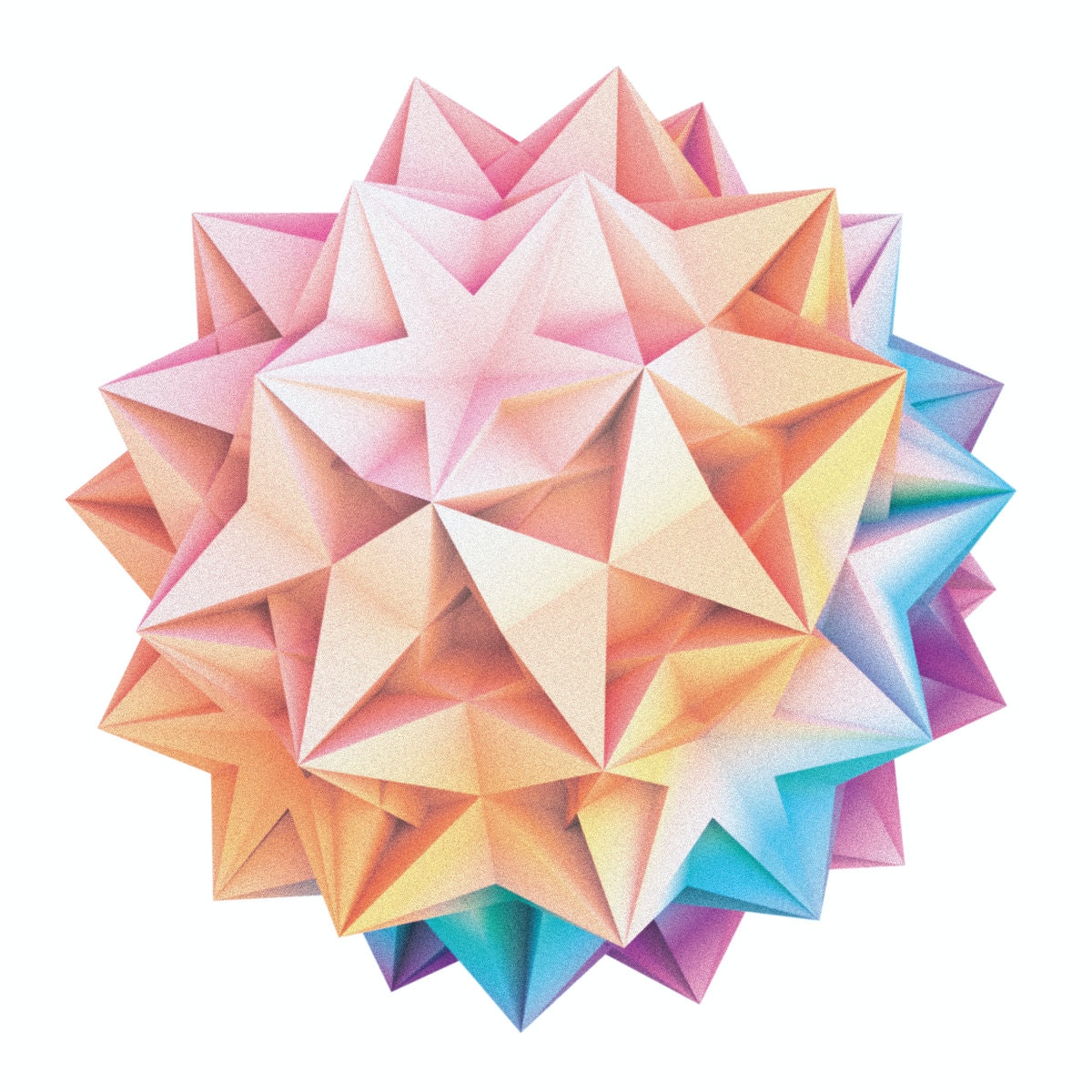 Smith’s approach to music-making feels remarkably unique, marked by a dedication to individuality with enviable sincerity.

“I'm a dramatic listener. I love to set up listening environments for myself”, says Smith. She reflects on the later stages of making the album, remembering when she had “just one of those days where I want to walk against the wind with a subwoofer”. A dramatic listening environment, indeed, and one that she utilised to listen back to specifically the low end of her album. “I had this backpack that someone gave me that's a subwoofer that you wear. It was a super windy day, I think sixty or eighty miles per hour. I held the umbrella like a shield against the wind…I just love the theatrical elements of life”, shares Smith. “I love to listen to things I'm making whilst jumping on a trampoline, or just doing weird acts”.

I'm a dramatic listener. I love to set up listening environments for myself.

This binding connection to nature seems hand in hand with her childhood spent on Orcas Island, an isle with only a few thousand inhabitants. She returned for an extended period after her studies. “There's a lot of moments where you just have to surrender to nature, so you’ve gotta pull out the generator, pull out the storage of food and whatnot. Situations arise, it's inevitable. The biggest tool that living on an island has given me - connected to my creativity - is the practice of surrendering. It's inevitable when you're creating that you're going to have situations where you go to create and it doesn't come out or your inspiration is frazzled. Almost every time, when one of those obstacles appears, I just surrender. Then I can get into a state of mind where I can come up with the solution”. 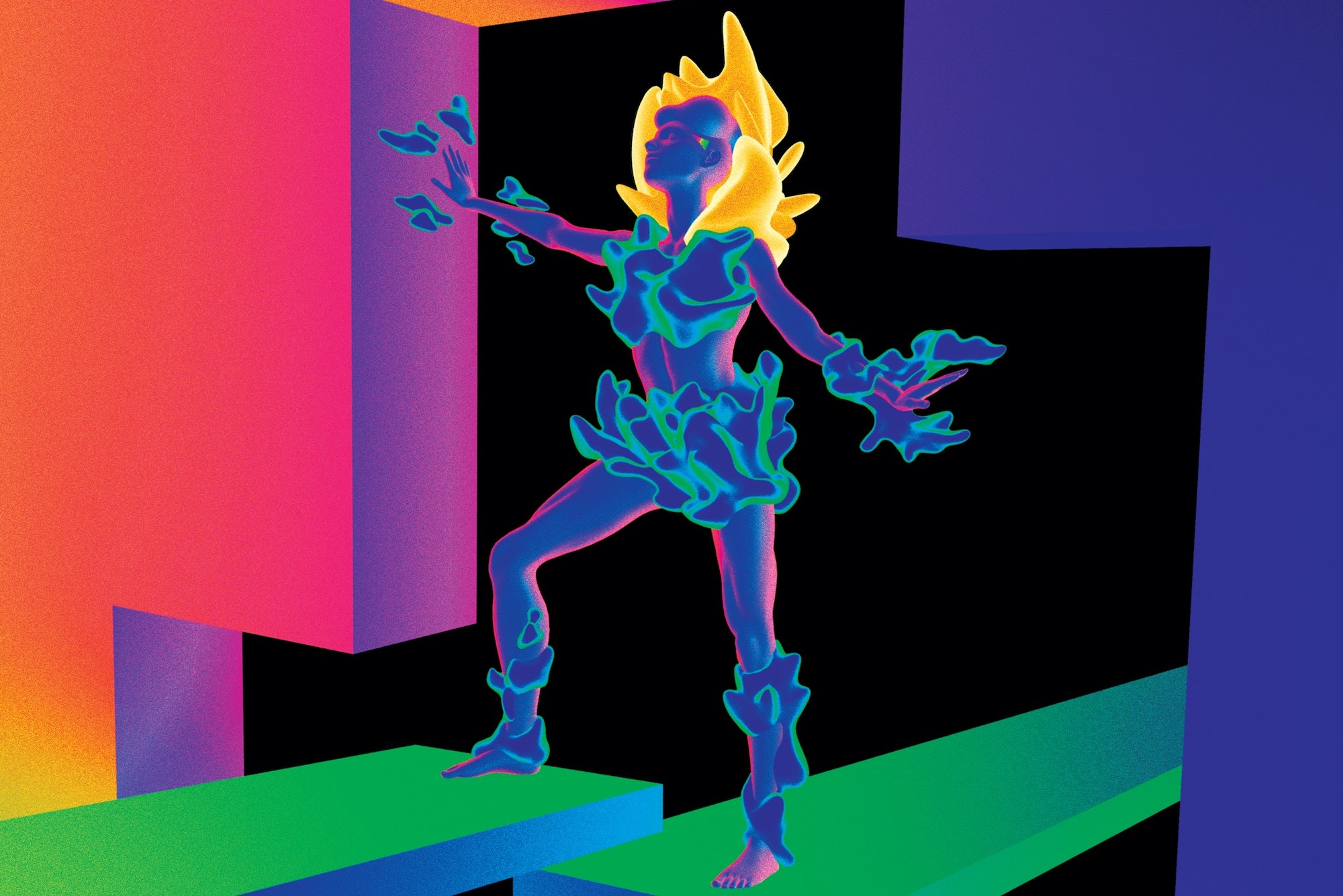 What could be next on the horizon for an artist so uninhibited is predictable, and unpredictable.

“I’ve always wanted to be a conductor, because, again, I like the theatrical elements of it. I think of a conductor as the orchestra's hype person. You're encouraging them and you can be the anchor. It feels like a lovely caretaking role, as well. I don't have the training, but I really want to find a mentor to teach me”.  Smith has already had a peak into orchestral life. In 2018, she performed with the BBC Concert Orchestra at London’s Queen Elizabeth Hall. The electro-acoustic piece, called Expanding, was a hit with critics.

Film scoring is something I've always wanted to do - that was kind of the original dream.

“I was really fortunate to have the opportunity to play with the BBC orchestra. That was such a dream that I actually cried after that performance; to be included in the orchestra and to have them play my music… it felt really, really special. I still dream of doing many more experiences like that”, shares Smith. “Film scoring is something I've always wanted to do - that was kind of the original dream”. Smith studied composition and sound engineering at the prestigious Berklee College of Music. “When I got out of college, I didn't have access to orchestras, and synthesisers just kind of appeared in my life. It feels like I'm at the place now where I'm slowly adding them all together. And each album has had small ensembles that I've composed for, like woodwinds or strings”, says Smith. “The dream is to go back to the original vision: synthesisers and orchestras”.