The path to becoming a composer is different for everyone, but Matthew Head’s journey has been more unusual than most. The 39-year-old Atlantan was a teacher of Middle School kids with behavioural issues before switching careers in his early 20’s. Since then, huge projects, multiple awards, and collaborations with legendary producers have followed.

When we caught up with the composer at his home studio via Zoom, we talked about how he got started, the value of working with kids from his hometown, career highlights, and much more. 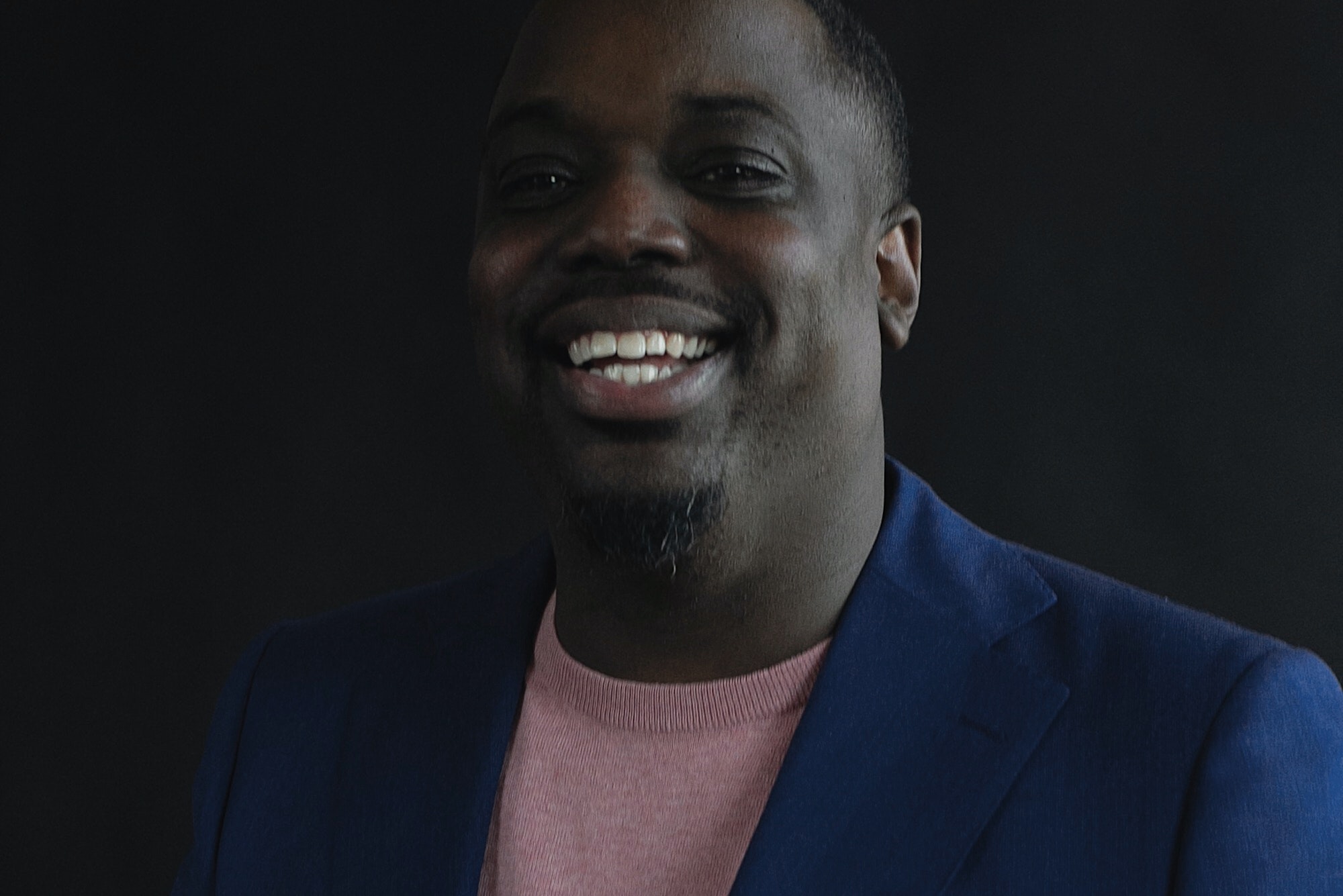 What was the first instrument you learned to play?

I started playing piano at the age of five years old. It was something I didn't want to do. My mother put me in piano because she wanted it for disciplinary issues to kind of keep me focused in school, and also wanted me to have something other than just sports to work on. It became a really cool hobby and a therapeutic thing, and I just kept going with it.

When did you know that you wanted to be a film and TV composer?

It was not one of those things I knew I could do. I wanted to be a music producer. My goal was to be the next Timbaland or Dr. Dre. I also fell in love with Quincy Jones because I’m a huge fan of Michael Jackson and what he did with Thriller and Off The Wall. Once I started learning about what composing was, my interest piqued. I did my first composing job in my early 20’s and fell in love with it.

I used to make a lot of different beats on a CD which had all these different instrumentations in it. Artists and songwriters couldn't write to it because there's so much music and there's so much emotion in it. Then one day, a film production company had my music and threw it in a movie, and it was perfect for their film. They asked me if I could come back and rescore it, and that was it for me. I knew then that I wanted to be a film composer.

There is so much opportunity out there for everyone. It doesn't need to be the same 10 people.

You started out as a teacher in Middle School working with kids who had behavioural issues. I know music played a role with that - when you sat down with these kids, what were those conversations like?

The beautiful thing about my situation was that I was working in the Middle School I went to. So a lot of times my relationship with the kids was literally me letting them know that I was in the same building and had walked the same halls and had the same teachers and in some cases had the same locker as they did. I experienced everything they experienced in that building, so that helped. Another thing that really helped is that they knew I made music, and I would play certain tracks for them. I knew the lingo that they were speaking about when it came to certain hip-hop genres, so I gained their respect because I knew what they were talking about. Music was my vehicle to speak to them. I had a caseload of probably 20 kids, and the first thing I would say was “what's your favorite song right now?” They’d throw out some crazy name, and I’d know who they were and the studios they worked out of. So music allowed me to break the ice and build trust and be that person they could lean on when they’re having bad days or issues at home.

Have you kept in touch with any of the kids you taught?

I make a point of reaching out and speaking with these kids on a weekly basis. I'm privileged and lucky enough to be able to live in the same neighborhood I grew up in, and also be in the same community that I grew up in. So I always want to reach out and let them know that a guy from your city, a guy from your town is working on these incredible projects, and you can do it too. I just think kids need to see the dream. It's easy to say go be somebody or go see the world, but when they actually see a person that they know doing it, they know they can do it. I think that that means a lot. They have my email, and we follow each other on Instagram. One of my former students' favourite shows was P Valley. She emailed me and said “Mr. Head, I saw your name on the show!”, and she was really excited. So it's really good to see that.

I always feel like if you're doing any minority project you should hire a minority composer to tell that story.

You won an Emmy for Melissa’s Story. When did you first realise that that was a special project that was really resonating with people?

When I got the project, I didn't know how big it was gonna get. The story hit close to home - Melissa’s Story is about a music teacher having to leave her job because of cancer. I wasn't a teacher, but I made music. My wife's mother passed away from cancer at a young age. So it was one of those things where I understood the journey that Melissa was going through. So when we did the project, I wanted the score to feel as intimate as possible, and just put my heart into it not knowing that a year from then we'd win an Emmy and get all the accolades. I just wanted to do it justice personally, and it was a special project from the very beginning. It's not enough for her to leave her kids to go to chemotherapy. She was retiring early, but she wanted her kids to know how special they were to her as a Middle School music teacher. The music wasn't complicated - it was piano, and some acoustic guitar - but it really hit close to home, and I was really grateful to be able to work on that project.

You are one of the few Black composers in the industry today. How cognizant of that are you and how do you think the industry can change that?

Well, it definitely needs to change, and I do see a change starting to happen. I'm a part of the Composer Diversity Collective here in LA, which is run by Michael Abels. I was introduced by Amanda Jones, who's an Emmy-nominated film composer. The main focus is to shed light on minority composers, and I always feel like if you're doing any minority project you should hire a minority composer to tell that story because we know firsthand what it is to be that minority. A show like P Valley that was based in the south at Mississippi... I’m perfect for that because I'm from the south and I know the lingo and the culture. I'm not saying other composers can't do it, but it's been a very hard thing for us to breakthrough. We’ve got to continue to shed a light on it. As a working composer, I want to reach out and bring on other composers because there is so much opportunity out there for everyone. It doesn't need to be the same 10 people. The goal is for there to be thousands of us.

What’s been the project that has challenged you the most so far? And why?

Each project has its own challenges. P Valley was challenging, more so because of the specifics of the show and the genre of the music. We had a lot of different hip-hop music in the show, and we had to have a score that could bridge this gap and be a hip hop score and also have an elegance to it for the more dramatic moments. Developing a new sound for that was challenging.

The Black church documentary I did - that was the most music I've done on a project at one time. It was a four-hour documentary, and it was wall-to-wall music. We had to go from 1619 to 2020, and we had to cover 400 years of gospel music. So I had to go find crazy different instruments and African singers, but then be able to bridge the gap with modern gospel and modern hip hop. Each score comes with its own challenges, but those are the two that stand out the most to me.

Working with Timbaland must have been incredible. How did that come about and what was that experience like? What did you glean from him that you took into your own work?

There's a series called Step Up: High Water. I'm on season three right now, but when we did season two Timbaland was the executive producer of the show. So I was hired to assist him here in Atlanta, which is where the show was being shot. So a lot of times he would send the track over, and then I would go in and kind of help with the writing and arrangement of it, and we’d go back and forth. It was an amazing, life-changing experience. I literally sat and studied with him, and the advice he gave me was to trust my gut. He trusted his gut, he trusted his talent, his creativity, and you can hear that in all his music. So he told me to do the same, and believe in what you're doing and everybody else will believe it with you. I didn't get the chance to work with him in the studio realm. It was always a Skype call or a Zoom call or a phone call. But it was very enlightening to just be in the presence of his greatness and our conversations were very deep.

What’s still on your bucket list for things to achieve? Is there any particular genre you’d love to work in?

I would love to do a horror film. But I really like where I’m at too - I like dramas and dramatic comedies. That's a style I like to write in, because it allows me to play off of everything I work with, from music producing to my classical and gospel training to jazz. So I definitely love where I'm at now, but I've never done a horror film and it would be cool to jump into that space. Michael Abels’ Get Out and Us scores blew me away, so I would love to go down that road for a couple of projects.