Max Richter has always been an introvert, head lost in fragments of melodies, dreaming of the next note. “I feel like I can say what I mean more accurately with music than I can with words,” the composer reveals over Zoom from his studio in Oxfordshire. “Music goes from mind to mind, from heart to heart, without there being any bullshit in the way. I love the directness. You're making a world, where things make sense when you write a piece of music, which doesn't often happen in the real world.”

The pianist has spent his career reflecting on many of the senseless tragedies taking place in the world. The Kosovo War, the 9/11 attacks, the Iraq War, the 7/7 bombings, and the Guantanamo Bay detention camp are all issues he’s grappled within his music. His latest album, Exiles, which features a 33-minute title track composed as the score to Sol León and Paul Lightfoot’s ballet Singulière Odyssée, tackles the refugee crisis.

“I was trying to get away from the political, the language of conflict, finger-pointing, and name-calling to get to the heart of the emotional question, which is really a basic human matter of compassion,” says the 55-year-old musician. He started working on the piece in 2014 when he was living in Berlin, the news filled every day with stories of desperate refugees making treacherous trips to Europe in search of safety, not all of them making it over alive. Meanwhile, the anti-refugee sentiment was rising. The polarising issue was “the big question that we all had to wrestle with as well as we could”.

These images of refugees fleeing haunted Richter as he sat down at his piano. “Exiles is about all those people having to walk across Europe to try and find refuge. But the physical journey is a metaphorical thing too, isn’t it? It's a way to experience a story; the space you pass through, the time you pass through. We travel through a piece of music and we arrive kind of changed by it.”

Richter has composed for film, TV, theatre, ballet, and art installations but his own work has always been motivated by protest music. “Nina Simone has this line where she says it's an artist’s duty to reflect the times they live in,” he says. “It seems obvious to me that, just as we talk about things that are happening and watch the news, it's reasonable for creativity to engage with that process. It's another way to try and understand what's happening.”

Composers have always been looking for new languages and new ways of telling stories.

Recorded with conductor Kristjan Järvi and the Baltic Sea Philharmonic in Tallinn, Estonia, in 2019, Exiles also features orchestral versions of some of his best-known songs including On The Nature of Daylight. Taken from 2004’s The Blue Notebooks, this beautifully mournful track was written as a response to the invasion of Iraq. It has since been used in countless TV and film soundtracks, most notably in Denis Villeneuve's sci-fi epic Arrival and Martin Scorsese’s psychological thriller Shutter Island. In 2018, it even got its own music video starring The Handmaid’s Tale actress Elisabeth Moss.

Pondering its enduring popularity, Richter muses: “Music is a feeling language. When I'm writing something, I'm trying to get the maximum from the minimum, a sort of perfect economy and a perfect intensity at the same time. Maybe that piece gets close to something like that.”

Richter, who was born in Hamelin, Germany, moved with his family to Bedford, Bedfordshire, when he was four. He studied piano and composition at the University of Edinburgh and the Royal Academy of Music before completing a postgraduate course with Italian experimental composer Luciano Berio in Florence.

The musician has been composing ever since he can remember, even before he knew what composing actually was. As a child, he would play around with songs in his head. When he was two, he heard Bach’s Double Violin Concerto and suddenly everything clicked into place. It was the beginning of a lifelong obsession.

“What was really exciting for me was the fact that there appeared to be a governing logic behind the sounds,” he says. “There was a reason why the sounds fitted together in that amazing way. I was just like: ‘There's something going on here. This isn’t just noises. This is a language.’ That is what really lit the fuse.”

As a teenager, Richter fell in love with electronica after discovering German electro pioneers Kraftwerk. He was so entranced that he got hold of a soldering iron and built his first synthesiser in his bedroom when he was 13. His own music is an evocative blend of contemporary classical, electronica, and post-minimalism. Layering delicate piano with haunting strings, he creates pensive songs of heart-wrenching beauty. The pianist has also collaborated with electro duo The Future Sound Of London and drum’n’bass artist Roni Size.

His work is genre-defying and that’s how Richter likes it. He doesn’t want to fit tidily into a box. “I don't really believe in this category thing. You know this is classical music, this is experimental music, this is post-rock... I'm a composer. Composers have always been looking for new languages and new ways of telling stories. Partly the reason the orchestra from the 18th century and the end of the 19th century are like five times bigger is because of all those new instruments - that's composers wanting new colours. So, the computers, the synthesisers, the tape machine, the studio that's just new colours. It seems very natural for me to use the tools of our time.”

When I'm writing something, I'm trying to get the maximum from the minimum, a sort of perfect economy and a perfect intensity at the same time.

While Richter can now count himself as one of the most-streamed composers working today, his path to success hasn't always been easy. His debut album, Memoryhouse, came out in 2002 but was deleted by the record company a year later after dismal record sales. His follow-up, The Blue Notebooks, garnered more interest but was leaked online just days after it was released in 2004. Unable to make the rent, the musician, his partner and long-term collaborator Yulia Mahr, and their two children were kicked out of their home in Stoke Newington, London. Still, he stuck with it. He had no choice.

"I knew music wasn't a viable career option,” he says. “But I also knew I'd be useless at anything else. So I just kept going. Actually, when Memoryhouse failed in commercial terms, I did feel a kind of release, in the sense that I knew no one was listening at all, so I could just keep doing what I wanted to do because there was no pressure. In a way, it was a bit of a blessing. 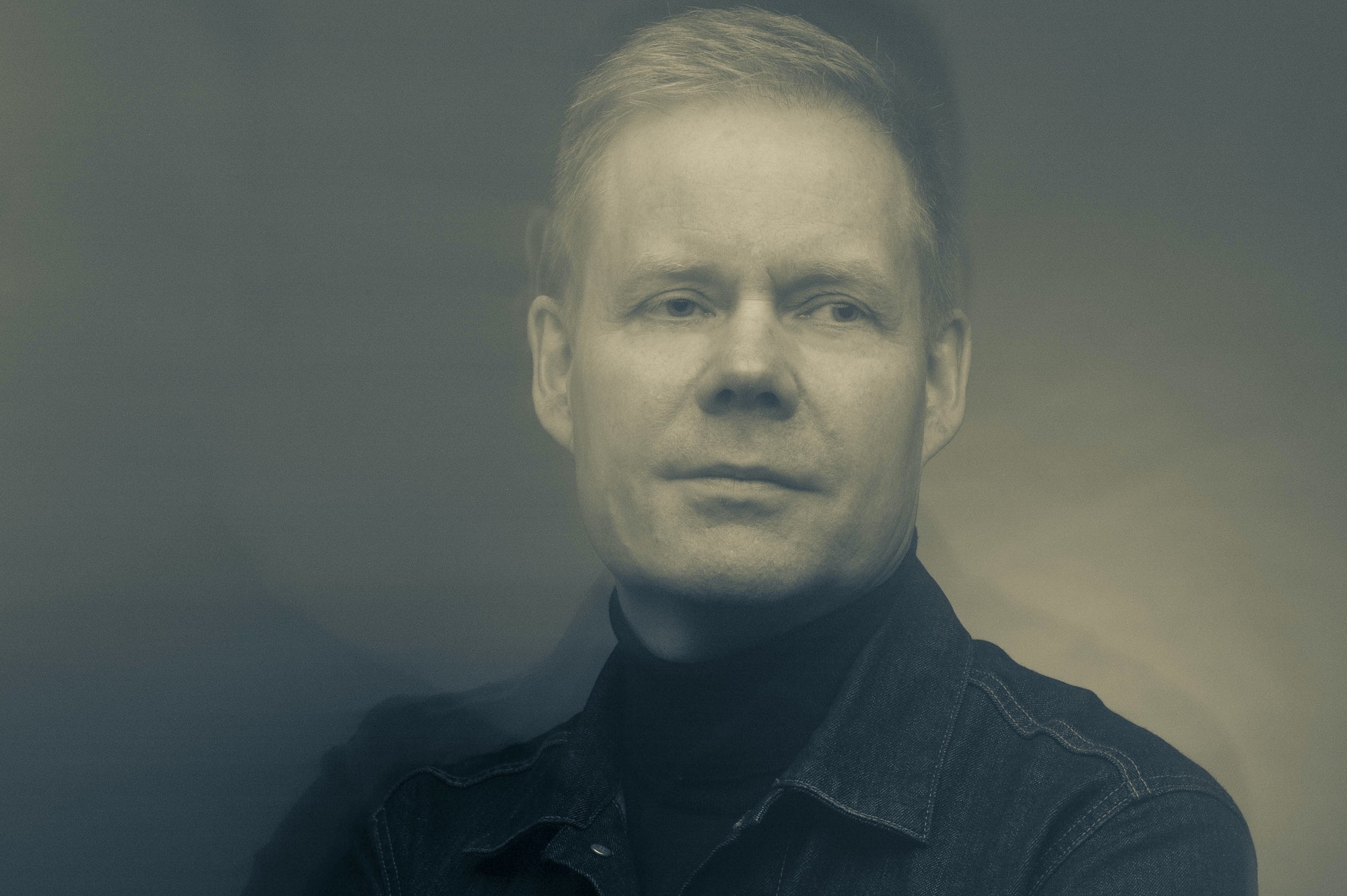 Richter got his big break as a film composer thanks to Israeli director Ari Folman, who approached him to work on Waltz with Bashir, a powerful animated documentary about the Lebanon War. “I never really thought about being a film composer,” he admits. “But I got this email from Ari out of the blue. He said to me: ‘I've been holed up in this shack on the beach for three days and I've written this film. I've been listening to The Blue Notebooks on repeat for 72 hours. You have to write the music from my film.' I kind of went: ‘This guy is probably a bit mad.’ But then he sent me this 90-second little cut and I just thought it was incredible.”

Since then, the musician has been much in demand creating scores for supernatural mystery The Leftovers, Italian coming-of-age series My Brilliant Friend, Word War I weepie Testament of Youth, space epic Ad Astra and gritty drama Taboo. His songs have also been featured on the soundtracks to period romance Bridgerton, the historical drama The Crown, and millennial romance Normal People.

Earlier this year, he released Voices 2, the second part of an audio-visual project that he created with Mahr. Voices, which came out in 2020, was inspired by the 1948 Universal Declaration of Human Rights. The album featured passages read by actress Kiki Layne and anonymous contributors from over 70 countries while the sequel was created as an ambient companion piece.

During the pandemic, his beguiling 2015 album Sleep, found a new lease of life after it was refashioned and released as an app to help people drift off, meditate and focus. The eight-and-a-half-hour composition was originally created as a “lullaby” with overnight gigs featuring beds and fans asked to come in their pyjamas so they could fall asleep while listening to the performance. It became a global sensation with nearly 500 million streams to date.

I never really thought about being a film composer.

“Sleep is what I'm best at! I'm very lucky in that I go to sleep and that's it. [But] we're a chronically sleep-deprived culture. We're on 24/7 all the time. Obviously, the pandemic has made it much worse, because there's a whole anxiety state we're all in. It just struck me as somebody who's very fortunate as far as sleep is concerned, that it would be nice to make a piece, which provides a supportive amniotic fluid for people to sleep through."

The musician is working with choreographer Wayne McGregor, with who he previously collaborated on dance scores for Infra and Woolf Works, on a new project for the Royal Ballet. MaddAddam, which he describes as a “visionary dystopia”, is based on author Margaret Atwood’s trilogy of novels, Oryx and Crake, The Year of the Flood, and MaddAddam.

Richter has also been busy setting up a new “art farm” he has created with Mahr in the woods in Oxfordshire, a space he hopes will become a community hub for musicians. “I'm really into the relationship between creativity and nature,” he explains. “It's a kind of laboratory. It's a studio for me and for Yulia. There's an orchestral recording room. There's a Dolby Atmos studio. All these amazing facilities. But it's also in a landscape. It's a carbon positive building. There's a kitchen where we feed everyone. It's all about those basic community-building activities, of which music is a part. I'm very interested in finding a bigger utility for creativity within our culture.”

As someone who uses his work to engage with the big questions in life, Richter continues to be troubled by the seismic ruptures the past year has exposed within the fabric of our society. This is why it’s absolutely crucial for him to keep on using his music as a force for activism.

“We're in a place where the pandemic has turned up the heat on all of the questions which were there before, which mostly had to do with how we distribute power and resources in the world,” he says. “All these historical injustices to do with race, money, gender… we’re completely messed up in pretty much every dimension. It feels like in a lot of ways, it’s last chance time. We have to actually just change the way we're running the world.”