The competition winner was, Nyokabi Kariũki, a Kenyan composer and performer based between New York, Maryland, and Nairobi, with her recomposition of Alev’s album track ‘Fishermen’. The competition saw over a hundred reimaginations of Alev’s songs from her album ‘3’. Nyokabi’s unique and intriguing composition really stood out to the panel of judges which included the SA team, Alev Lenz, and Martin Phipps.

A bespoke music video made in collaboration with Alev Lenz, Nyokabi Kariũki, and animator Jonny Sanders was part of the Recompose winner’s prize. Once Zoom calls that spanned the US, Europe, and the UK were complete, Nyokabi and Alev set to work on the video concept - taking pen to paper and drawing interpretations of oceanic landscapes and with support from Jonny (Prehuman), Nyokabi, and Alev’s worlds finally meet and melt into one.

Nyokabi’s work is unforgettable. It is cold and wet. It represents water. Maybe the threat of the fishermen or the knowledge of the ocean creatures? It is not safe, it is a unique voice and sets the stage for a new interpretation of the music; a new medium it could live in, through Nyokabi, a new room she has opened and welcomes us all into. Dive in at the deep end, learn to swim again. 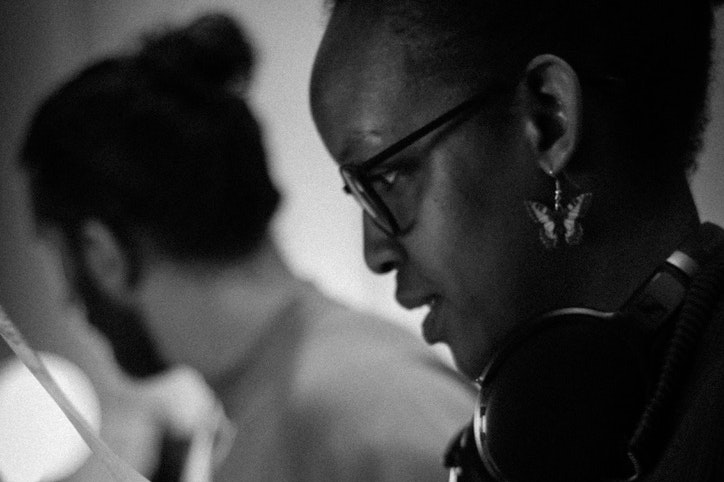 Nyokabi's sonic imagination is ever-evolving, with compositions ranging from classical contemporary to choral music, film, experimental pop; in addition to explorations into sound art, electronics, and East African musical tradition. As a classically-trained pianist of 16 years, and as a vocalist who has been self-teaching instruments from the African continent (particularly the mbira), she embraces the title of composer-performer often.

Her art seeks to bridge her many influences — from her African upbringing to her Western classical training — together into a mélange of accessible, evocative, and meaningful art.