As an award-winning recording and mix engineer who has worked with huge acts like Coldplay, Muse and The Foo Fighters, Olga FitzRoy knows all about the importance of industry representation and organisations looking out for those working in music. Being a highly respected engineer, Olga has worked on impressive projects like the closing ceremony of the 2012 Olympic Games, film score productions for Pirates of the Caribbean alongside Hans Zimmer and has also worked on The Lord of the Rings sessions which was composed by Howard Shore. Olga also regularly works at both Sir George Martin's AIR Studios and the legendary Abbey Road Studios.

Aside from Olga's day-to-day, she is also involved with the Music Producers Guild (MPG). She's an Executive Director at the MPG and is continually working on initiatives crucial to the sector as well as lobbying government for change. Another notable contribution to the industry by the MPG is the annual MPG Awards, which seek to recognise those on the rise as well as those already established. Previous winners include a varied array of industry key players such as Marta Salogni, Stormzy, FKA Twigs, Skepta, Paul Epworth, Brian Eno, Roni Size and The Church Studios.

Composer caught up with Olga just as the MPG was making some exciting new announcements about the 2021 MPG Awards (now taking place in June) including a brand new UK Original Score Recording Of The Year award. Nominations for the 2021 MPG Awards will open on October 5th, and tickets will go on sale in February/March. 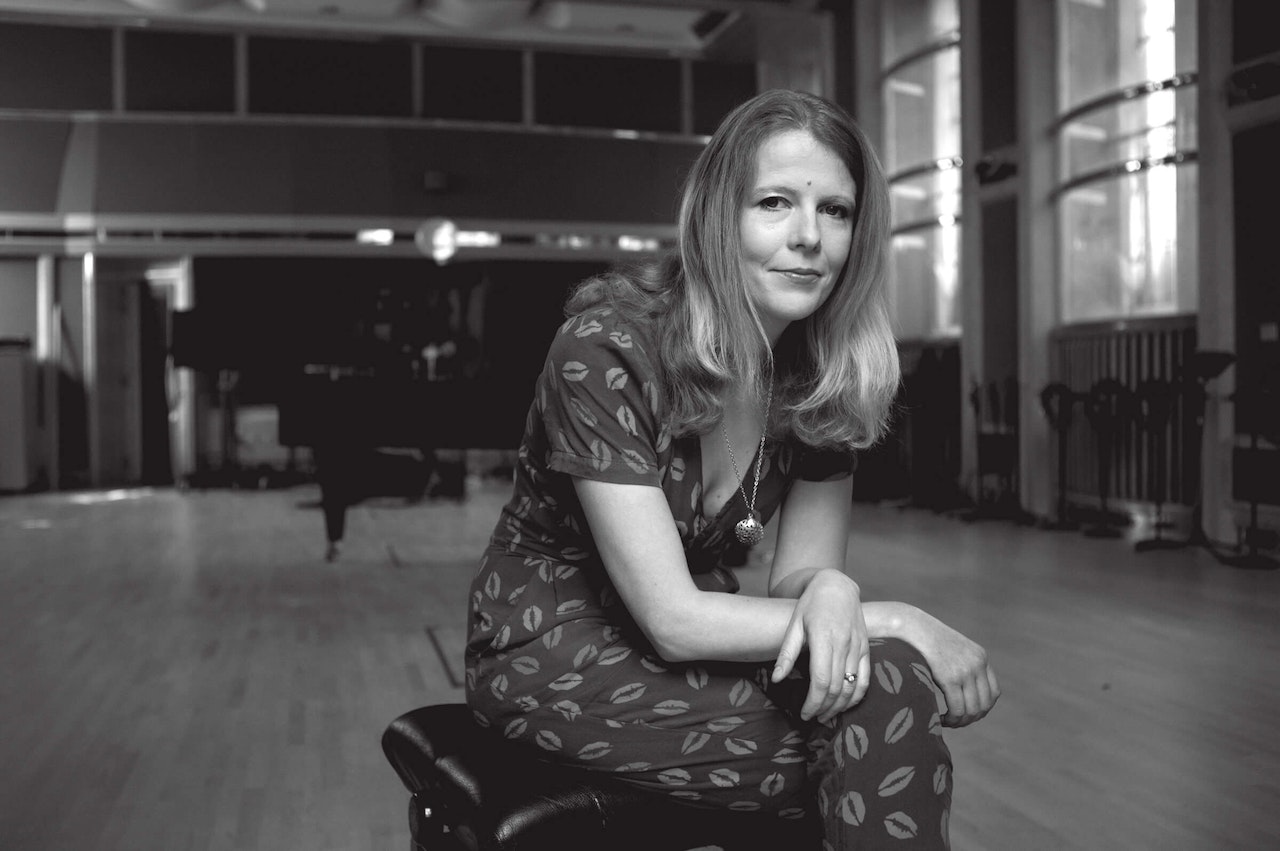 The MPG has just announced a new UK Original Score Recording Of The Year award for the 2021 MPG Awards in June - can you tell us a bit about it and why this award has been introduced?

I was elected to the board of the MPG committed to help shine a light on this often forgotten art in our community. The skillset involved in recording and producing a film score, and serving the narrative of the picture is a little different from a single mix that needs to pop on radio, or spending months in the studio with a band making an album.

Having been a judge for the awards in the past, I felt it was incredibly difficult to judge an orchestral score recording by Pete Cobbin against a pop mix by Spike Stent. As we also now represent studios, it also felt important to acknowledge a genre of music that has sustained hundreds of session musicians and some of our most iconic studios over the years.

It would be great to hear more about the MPG Awards as a whole too.

The MPG Awards has been running for 12 years now, and it is the only awards ceremony that I know of that focuses exclusively on the talent on the other side of the glass. The awards are also an opportunity for all of us engineers and producers to come together and socialise, which even in normal times we don't do enough of. I think 2021 will be particularly poignant as many of us won't have met up in person since before the pandemic.

One piece of work I'm particularly proud of is our research into unpaid work, which found that 88% of engineers and producers had been asked to work for free and 70% had accepted this.

Can you tell us some more about what the MPG does?

The MPG is a volunteer-run membership organisation and trade body. We represent producers, mixers, engineers, mastering engineers and remixers and as of last month, we also represent recording studios. We shine a light on their talents through our awards, which can make a real difference to people, particularly our breakthrough awards for those at the beginning of their careers.

In non-COVID times we organise social events and product demos and we have a really generous discount scheme for members, as manufacturers value building relationships and getting feedback from professionals. We represent the interests of our members to government both directly and through our membership of UK Music, the music industry lobbyist. During the crisis, as you can imagine, this has taken up a lot of our time, but has also shown really useful results.

For example, we were part of a huge coalition of people in the creative industries calling for self-employed support, and musicians and sound engineers were the first people to be mentioned in the Chancellor’s statement.

We were also involved in lobbying for more culture funding, and succeeded in keeping the eligibility criteria quite wide so that recording studios that were in need could apply for funding, although we're all waiting with baited breath to see how that money has been allocated.

We helped develop the guidance on COVID Secure working in studios, and have kept members updated on changes when they've happened. We've also done some great online interviews with some legends of the business in our ‘Ask Me Anything’ series on Instagram. 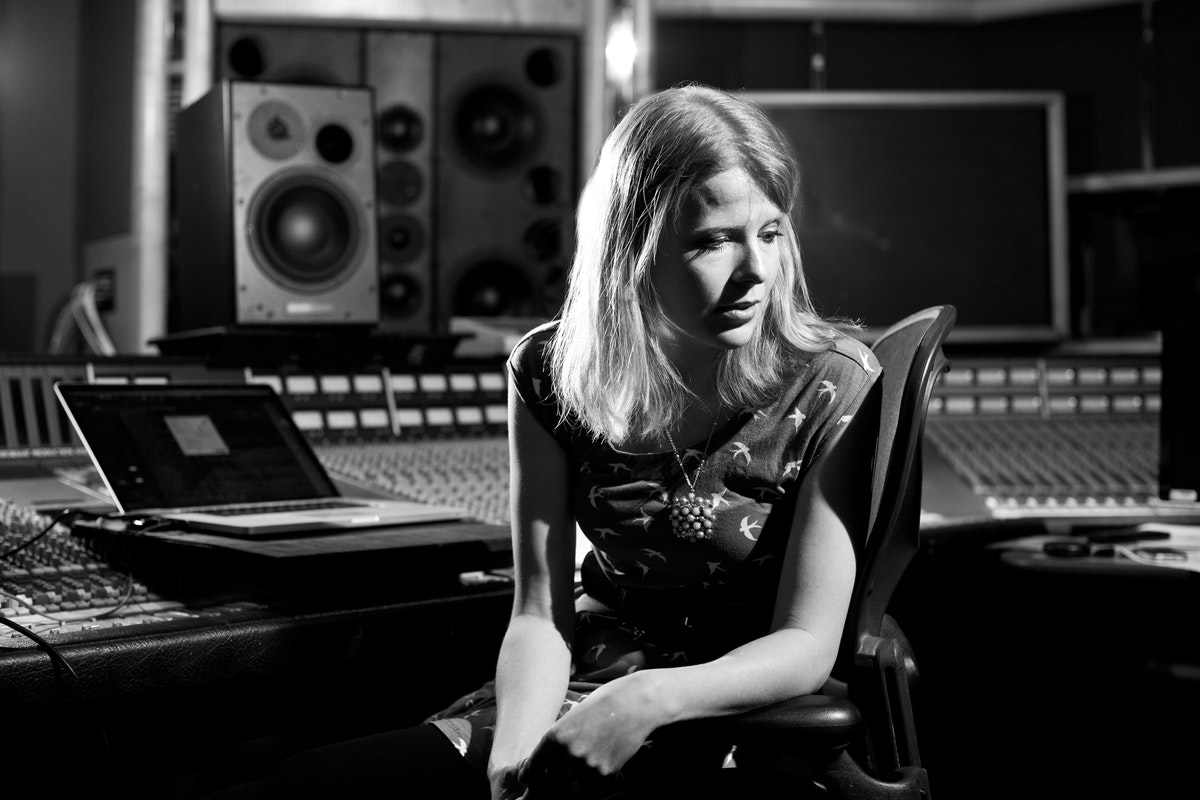 Can you tell us more about your role as Executive Director at the MPG?

I got involved with the running of the MPG after they supported my #SelfieLeave campaign to give shared parental leave to freelancers.

My colleague Rhiannon Mair and I were both elected onto the board last year, and since then I've concentrated on the campaigning and political aspects of the MPG, although I've also been involved in developing the new awards categories for this year.

One piece of work I'm particularly proud of is our research into unpaid work, which found that 88% of engineers and producers had been asked to work for free and 70% had accepted this. The culture of unpaid work is extremely damaging to diversity in the industry, and it's something we're keen to do more work on.

How has the pandemic affected the MPG and its members?

Most commercial studios closed their doors during lockdown to protect public health, and have been reopened and working under the new COVID Secure guidelines since June.

Unfortunately, despite our best efforts lobbying the government, studios were not given any additional grants or business rates reductions to tide them over the months of closure. Some mastering and mixing engineers were able to continue working, but the vast majority had a huge drop in their earnings.

While most are working again now, I worry about the longer term economic impacts. Most of the projects people are doing at the moment had their budgets signed off before the crisis. The huge loss of revenues for live music, as well as the pause in film production will be felt throughout the music industry well into 2021. And 38% of our members were not eligible for any government support due to being limited company directors, or having recently become self employed.

We have tried to support members by pushing for more changes from the government, and by keeping everyone updated in this fast developing situation. We have also signposted to the various sources of crisis funding that are available in the music industry, and working with the MPG Awards "Named Charity" Help Musicians to make sure our members could access their crisis fund.

Focusing on yourself and your career for a minute, how did you get your start as a recording and mix engineer?

I studied music and sound engineering, first at a further education college in Glasgow and then at the University of Surrey's Tonmeister programme. The Tonmeister course has established relationships with some of the major studios, so I was incredibly lucky to do my year out in industry from the course at AIR Studios. They offered me a job as a runner upon graduation, and I worked my way up to assistant engineer, and finally went freelance as an engineer in 2013, to engineer an album for Coldplay.

With AIR Studios in mind, what are some of the highlights of your time there?

There are so many highlights. As a new assistant, I remember being part of some of the really huge score productions of the mid-noughties, including Pirates of the Caribbean with Hans Zimmer and the epic The Lord of the Rings sessions that seemed to involve every film music person in all of London at one time or another.

I've done some really lovely sessions at Abbey Road, one particularly memorable one was recording Coldplay's tribute to George Michael for the BRIT Awards.

What are your career highlights, and for those highlights what role did you play?

Mixing the music for the 2012 Olympics closing ceremony was a huge honour - I had started as an assistant to Nick Wollage, another AIR Studios engineer on those sessions, but for scheduling reasons I ended up having to finish the project.

There were definitely some late nights and I'm quite glad that I didn't know at the time that the live broadcast would go on to be watched by some 900 million people.

It felt like a really special time to be in London and it was just a dream to finish the project and then go down to the stadium with David Arnold and the rest of the music team to watch the ceremony.

What is your process like when you’re in the studio?

It depends on the session, but I always make sure I chat to the client first and try and figure out what they want to achieve before I start any planning.

I don't have a set template as every project is different, but have mic combinations that I know work well in certain rooms. For example, in AIR Studio 1 I like to use our Valve 47s as room mics as they've got really good low end, and are a good pairing for quite a bright room.

I tend to mix most things "in the box" these days, and I normally put a Neve or an SSL channel strip onto every channel, so the workflow feels similar to using a console where everything is at your fingertips.