“I have always been a hustler,” Rimzee says. “Music comes second because even though people say that your dream will eventually pay you, hope is not a strategy. I have to make sure that I can look after myself first.”

For the 30-year-old rapper, real name Ricardo Miles, artistry has long been intertwined with independence – both financial and creative. Starting out in 2010 with a string of hard-hitting freestyles that found notoriety online – including a gritty cover of Adele’s “Hometown” – it was the 2012 release of his debut mixtape, The Upper Clapton Dream, that cemented Rimzee as a voice demanding to be heard. Tracks like “Hard Life” and “Keep Stackin” paired brightly melodic samples with Rimzee’s clear delivery on the dark realities of everyday violence, cash culture and the territorial loyalties that came with living in his northeast London enclave.

It was a sound with eminent swagger: the posturing of a 20-year-old coming out of the gates swinging. Yet, it was also a sound that Rimzee would eventually leave behind for something altogether more vulnerable and reflective of a newfound maturity following a life-changing incident.

In 2013, Rimzee was arrested and sentenced to 13 years in prison for shooting at an unmarked police car. UK rap was on the cusp of its renaissance, with grime heading to the mainstream thanks to new releases from the likes of Skepta, Kano and Wiley, while Rimzee found himself locked up, reconsidering his life choices. 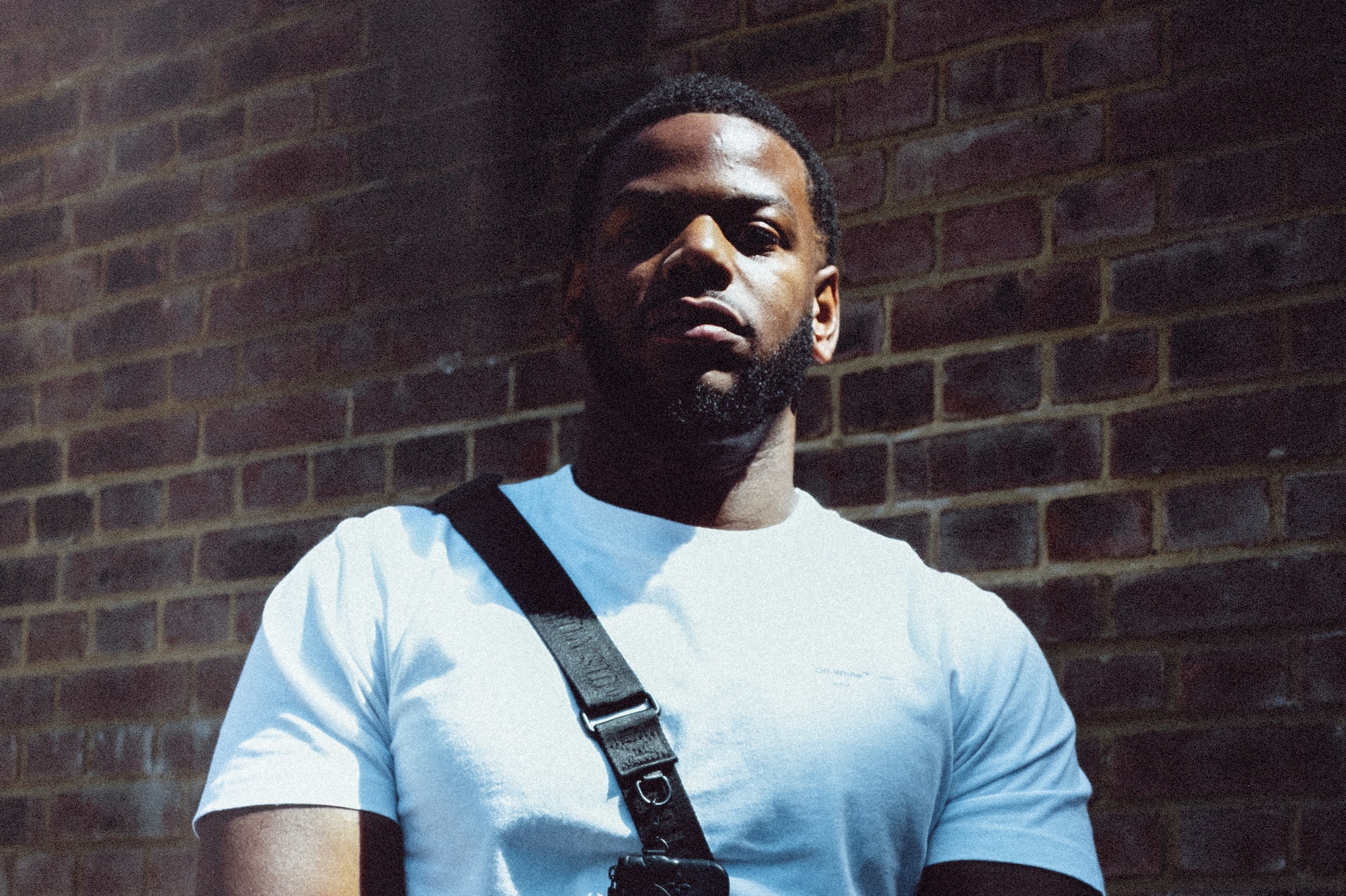 
Hope is not a strategy. I have to make sure that I can look after myself first.

“I didn’t even think about The Upper Clapton Dream properly when I released it – people told me I should do it, so I just put a bunch of tracks together and sent it out,” he says over the phone now from his North London home. “Music was just my hobby – I was never making my money from it – so I wasn’t always thinking about what I wanted to say with it.”

In prison, Rimzee found he lacked the inspiration and motivation to write about anything new when faced with the same four walls, day in, day out. But after being released in 2020 on licence following six-and-a-half years inside, he was confronted with the new commercial status of UK rap and a newfound reflection on his time away. “I could see the success surrounding me and I realised I had a lot of catching up to do,” he says.

With a renewed sense of purpose, Rimzee headed back into the studio and recorded Upper Clapton Dream 2, which was released in 2020. “I thought that no one would care about me doing music when I was incarcerated but I started to hear from my audience once I was out that they wanted tracks from me, specifically about my reality,” he says. There followed a new lyrical stance for Rimzee; gone was the explicit commercialism and glamourisation of life out on the streets, instead, he pedalled what he calls “real rap”, exploring the lived experiences of time in prison, his isolation and process of adjusting to life back on the outside.

I rap about what I want to, when I want to.

“I used to feel pressure when I was making music like I just needed to get it out, and it wasn’t the right mindset to be in,” he says. “Now I'm older, I have realised I have to play the cards I was dealt. I rap about what I want to when I want to and with real rap, there is no age limit on it and it never gets old because it is just expressing the existence of life.”

Rimzee references his 2021 single “Expensive Pain” as exemplary of this new stance. Featuring the auto-tuned harmonies of Born Trappy, Rimzee sports a lower register over a downtempo keys melody and rolling beat, expressing his story of being given up on by teachers, left to a life of crime, and then carrying that history of institutional neglect through his current success. “My teachers said I would be dead or in jail/ They never thought that we would make it out these streets,” he spits.

With artists like Dave and Stormzy selling out arena tours for their lyricism that frankly explores their own psychodramas, Rimzee believes that audiences are increasingly accepting of artists expressing the state of their mental health on tracks. “It’s not a bad thing anymore, whereas people used to hide it,” he says. “Music is therapeutic and for a lot of my fans, it hits them hard and reflects the difficult things they’ve had to go through also.”

Equally, Rimzee makes his music now for fans who have gone through similar experiences of imprisonment. On 2021’s “Split Decisions” he raps about the controlled nature of life inside: “My net bag, plastic bowl, knife, and my fork/Bout to make a call, watch what I say cause it records.” “I’ve never heard anyone say that on a record before – talking about the plastic plates and how all the phone calls are recorded,” Rimzee explains. “Secretly, I make music for people who are in prison because I’m expressing it in a way you would only understand if you were actually there. Everyone else makes it seem more like a presentation than a prison.”

Raised in a single-parent household, Rimzee was indoctrinated into the world of UK rap through his older sister’s grime CD collection and took his ambition from his mother’s ceaseless work ethic. By the time he was 13, he was writing his first lyrics – “something about ‘taking over’, it was so embarrassing,” he laughs – already expressing his drive towards self-sufficiency. Today, he funds his independent music releases largely through private businesses, such as rental properties and a restaurant he owns in Chelsea, London.

Music is therapeutic and for a lot of my fans, it hits them hard and reflects the difficult things they’ve had to go through.

“Being an independent voice is very expensive because you're going up against major labels where people have almost unlimited budgets,” he says. “To be seen, you're going to have to spend a lot of money and sometimes you are the only person who will back yourself. That has very much been me from the start until now.”

Finding that the UK lacked independent rap role models since the scene’s commercial success is still relatively new, Rimzee instead looks to American rappers-turned-business moguls like Jay-Z, the late Nipsey Hussle and record executive Damon Dash as examples of self-sustaining success that can keep his music career productive in the long term. “Everyone loves the glitz and the glamour of the lifestyle in music but you can bankrupt yourself trying to get there,” Rimzee says. “You have to be above it and make sure you have money in your pocket first – that’s why I decided to invest in property early on and to open a restaurant, as it could be a stable source of income.”

With his Chelsea restaurant proving successful, Rimzee is currently on the lookout for larger premises in the area where families can come to dine – “like a TGI Fridays thing,” he enthuses. He is also integrating his entrepreneurial spirit further into his music, most notably with his latest single, “Entrepreneur”. Playing up to the rags-to-riches narrative, Rimzee waxes lyrical about his Rolls Royce truck and “money in bricks and mortar” on the track, but beneath its bluster is a more serious message for the young people in his community. 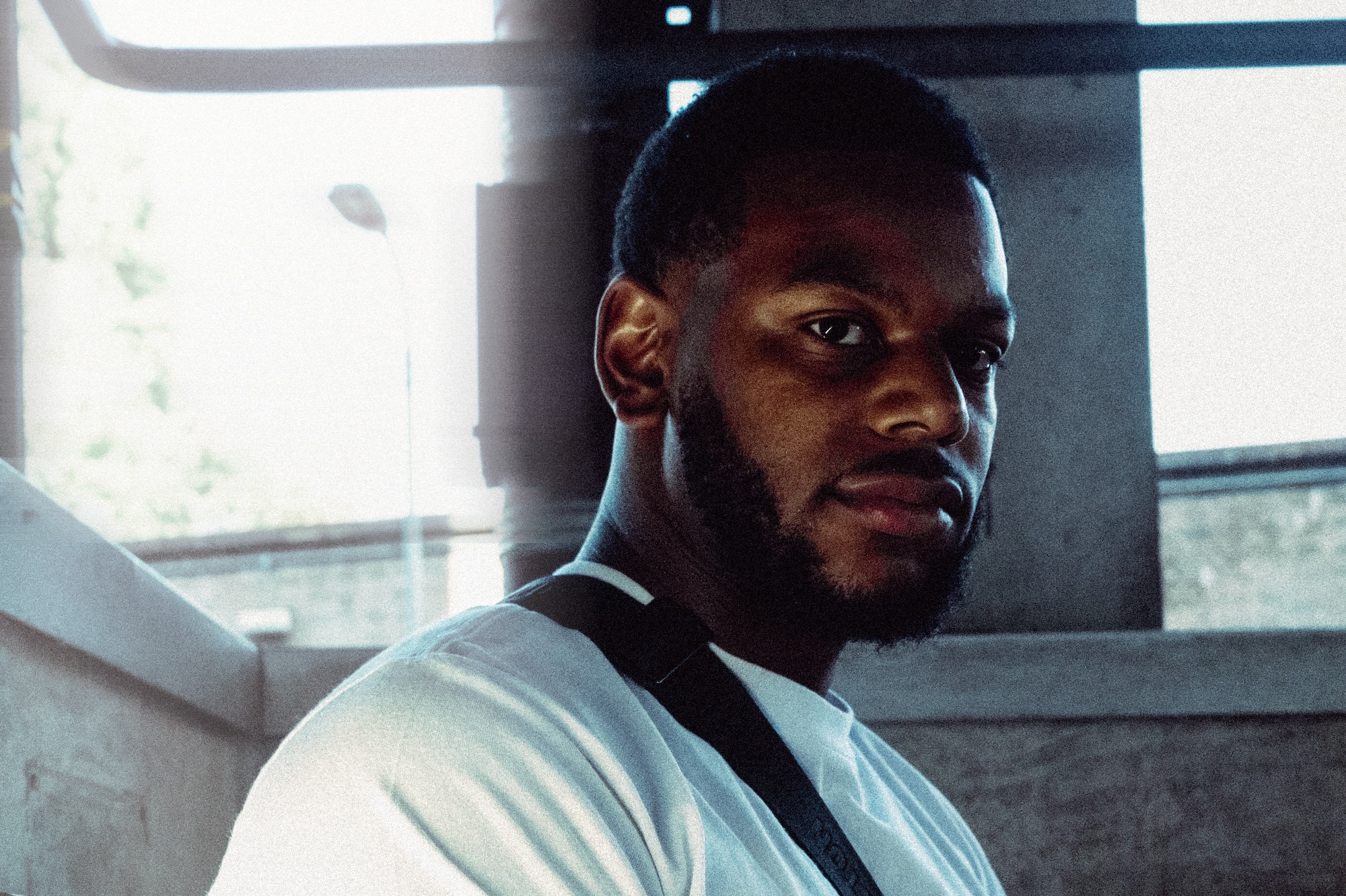 
Everyone loves the glitz and the glamour of the lifestyle in music - but you can bankrupt yourself trying to get there.

“I’ve had so many obstacles in my life when it comes to being independent – I’ve had to learn it all myself and make mistakes along the way,” he says. “I want those coming up now to understand the importance of being financially literate, of surrounding yourself with people who are passionate about what they do and who you can learn from, and start reading too.”

In that vein, Rimzee is taking a leaf out of his current read – Earl Nightingale’s Lead the Field – and planning a series of new community ventures. “I want to open a youth club in my area of Clapton, as I never had anything like that when I was growing up,” he says. “It would be great to educate the youth about making their own money but I also want to let them do what they want to do. Not everyone's good at English and Maths but we can bring out the best in them instead.” As well as the youth club, Rimzee is also planning giveaways of driving lessons and beauty courses for his fans to help them kickstart their own business ventures.

“It’s all about instilling the right mindset and encouraging people to go out and hustle, rather than relying on someone to give them something for nothing,” he says. “When you’re young you have time – the average millionaire is in their 40s – but the way our culture is, everyone wants to be rich right now and they try to take shortcuts to get there. They just need to wait for when it’s right for them.”

I’ve had so many obstacles in my life when it comes to being independent – I’ve had to learn it all myself and make mistakes along the way.

Ultimately, with future plans for another two mixtapes and an album release, featuring potential collaborations with artists across the genre spectrum, Rimzee isn’t wasting the time he has been given since his release from prison. “I always think about my legacy,” he says. “I’m the one who will go through it all so that everyone else after me has it easier. Part of that means making my own money, so I can have my own freedom with it – to put on my own tour, build my own studio and back myself in the ways that I think I will win.”

Some of those potentially winning ways include secretive plans for app development, pop-up shops and possibly even hotels. “Life is short so you have to score as big as you can,” Rimzee says. “I’m happy with where I’m at now – I’m just trying to take what should be mine.”