“This whole record was about the pair of us having fun explaining ourselves and our music to each other and discovering if we could meet somewhere in the middle,” says composer and music producer Simon Goff. He’s chatting candidly from his Berlin-based studio via Zoom with collaborator and acclaimed songwriter Katie Melua about the genesis of their bold, six-track record, Aerial Objects.

Ostensibly, a musical union between a post-rock-loving screen composer and a best-selling hit songwriter may not look like a recipe for success. But the pair became friends first, then collaborators second. It was the sense of freedom they offered each other that enabled them to take great creative leaps beyond their comfort zones. “In the musical world I’m accustomed to, we have amazing producers and engineers but there always seems like there’s a wall between the actual music and lyrics and the technology,” Katie explains. “What I found so incredible about Simon is how there were no barriers between his artistry and gear. The instrument, compositions, and creativity reached all the way into the computer and back - I found that very inspiring.”

Simon and Katie’s musical histories are contrasting. Simon’s career has seen him delve into sound design and work with Academy Award-winning composer Hildur Guðnadóttir on scores for Joker and Chernobyl - both of which earned him Grammy Awards. Katie meanwhile has released eight top 10 UK albums over a career spanning two decades, with big moments including Closest Thing to Crazy and ‘Nine Million Bicycles’. Their initial meeting came after Katie fell under the spell of Simon’s debut artist album, Vale. “I listened to it while walking around the streets of London and I was just mesmerised,” says Katie. “I found the record incredibly tactile as if I was inside the orchestra itself. I decided to get in touch with Simon to see if he’d be interested in working on something.”

“It was a nice surprise to get that call, as me and Katie worked in such different musical places,” Simon continues. “But it was really great to meet and start plenty of interesting conversations about how we write and work.” 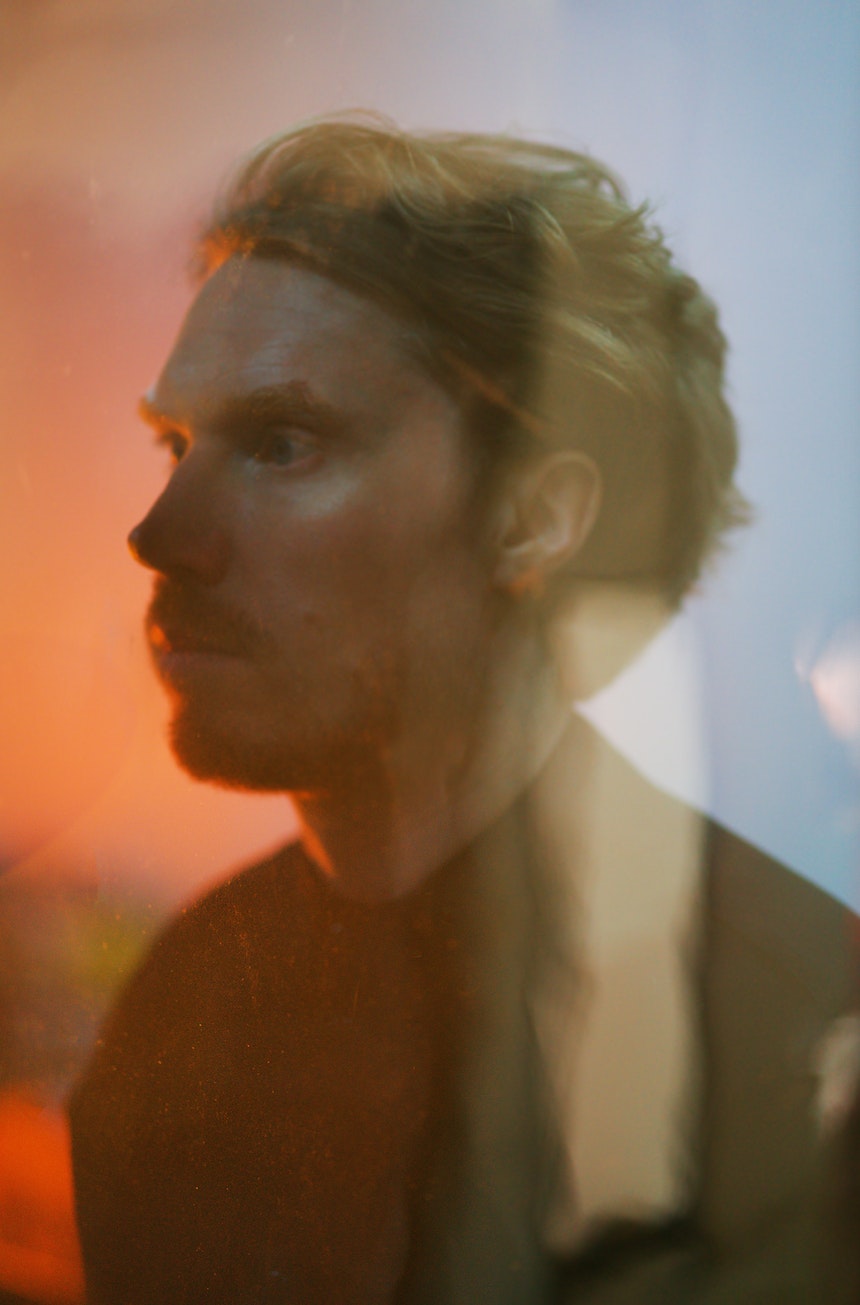 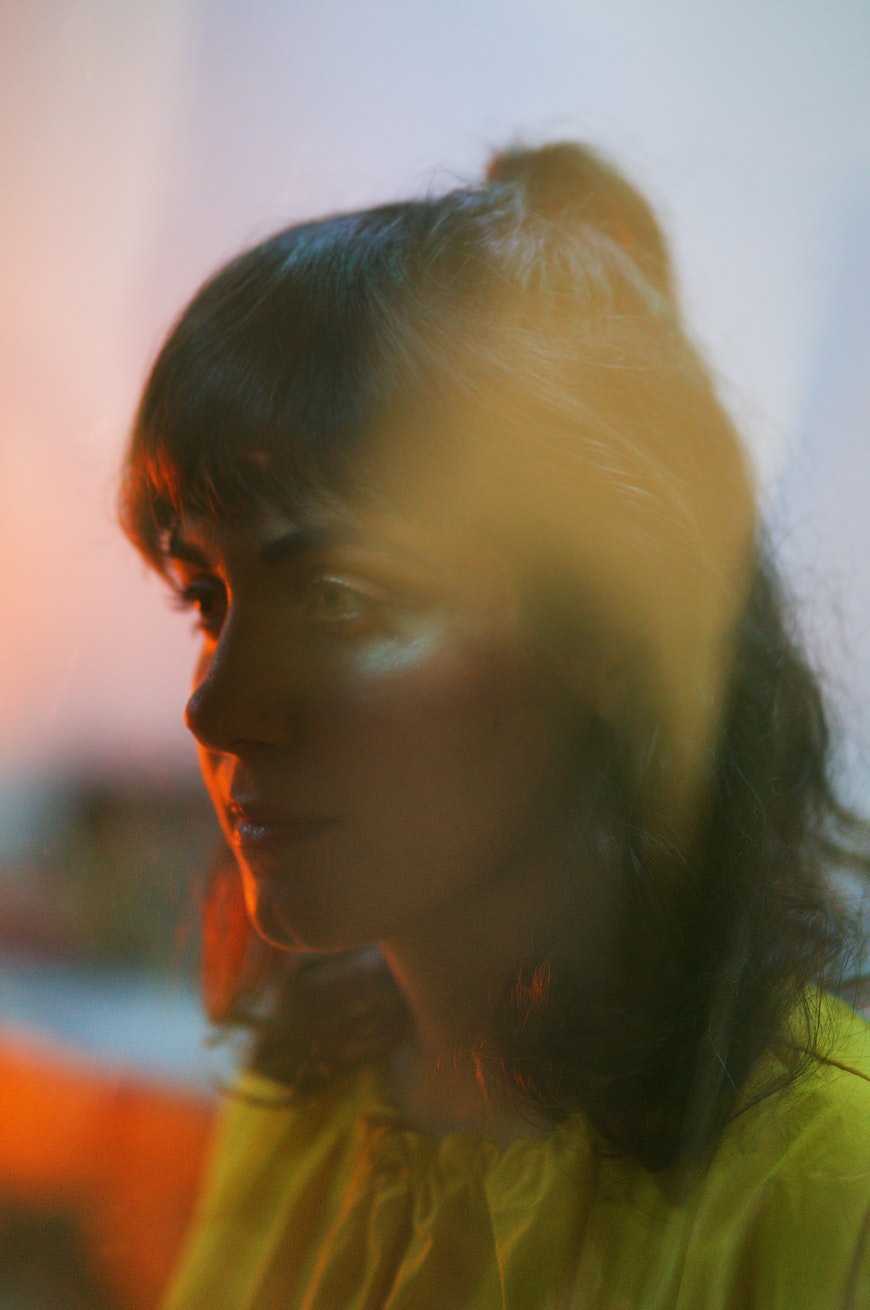 After an initial meeting, the pair agreed that they wanted to explore their new connection further and see where they could take each other when faced with a blank canvas. “Seeing Simon work and the energy he had in the studio really blew me away,” Katie explains. “He had all these pedals, his violin — and was just like a mad scientist when he was making music. It’s a very unusual approach compared to the pop world.”

However, when they first sat down together, it turned out that their creative orbits and tastes were closer than they originally thought. Simon brought his magic to the Greek chorus of ‘Remind Me to Forget’ and ‘Maybe I Dreamt It’, a paean to influential German choreographer Pina Bausch, both featured on Katie’s ‘Acoustic Album No.8’ from 2021. “It became apparent that we were influenced by similar musicians like some of the session players from the seventies, great songwriters and the richness of the UK music industry,” Simon states. “Then when we got together, Katie’s voice and my sound world were a natural fit. Katie said before how one of the nicest things about this collaboration was how we got on and became friends. And you can hear that in our music.”

Katie’s voice and my sound world were a natural fit.

The pairing made both Simon and Katie rethink how they approached the creative process. For Katie, she’d always used her voice as a way of grabbing the listener’s attention, but working with Simon flipped this approach on its head. “I feel super lucky that he opened the door on this idea of making records as a piece of spatial design,” says Katie. “We spoke about creating music that allows the listener to find their own source of inspiration and I loved using my voice as another textural element in the music rather than the focus.”

Simon feels that his background as a violinist performing in concert halls around the north of England has meant his experiences have always been about living “inside the music”. “If there’s a singer that’s participating in this musical world, then they’re just one part of this tapestry of sounds,” he states of his compositional process. “Ultimately, it’s about creating an environment which you can invite the listeners into.”

Aerial Objects was born out of meetings where the pair would hook up and improvise for hours. Whether it be at Simon’s studio in Berlin or Katie’s place in London, they would carve out spare time in their schedules, press record and start making as much music as possible.

“After these sessions, we went into what we’d captured and found the sections that worked,” says Simon. “We’d then use these as the basis for the six tracks that would make up the album. There are no rules around how many songs need to be on a record. It’s more about the journey that the music takes you on and this collection of songs had a really nice arc to it.”

Although the lyrics do not represent a first-person narrator’s perspective, the intimacy of the tracks - songs like ‘Hotel Stamba’ and ‘Tbilisi Airport’ from the album - paints a striking musical world. “It became really apparent as we were composing how the music felt really vast in terms of structure and atmosphere,” says Katie. “It created these big spaces and the words had to fit them. Suddenly, I was thinking about architecture and design. When these concepts appeared, I thought we might have a record.” 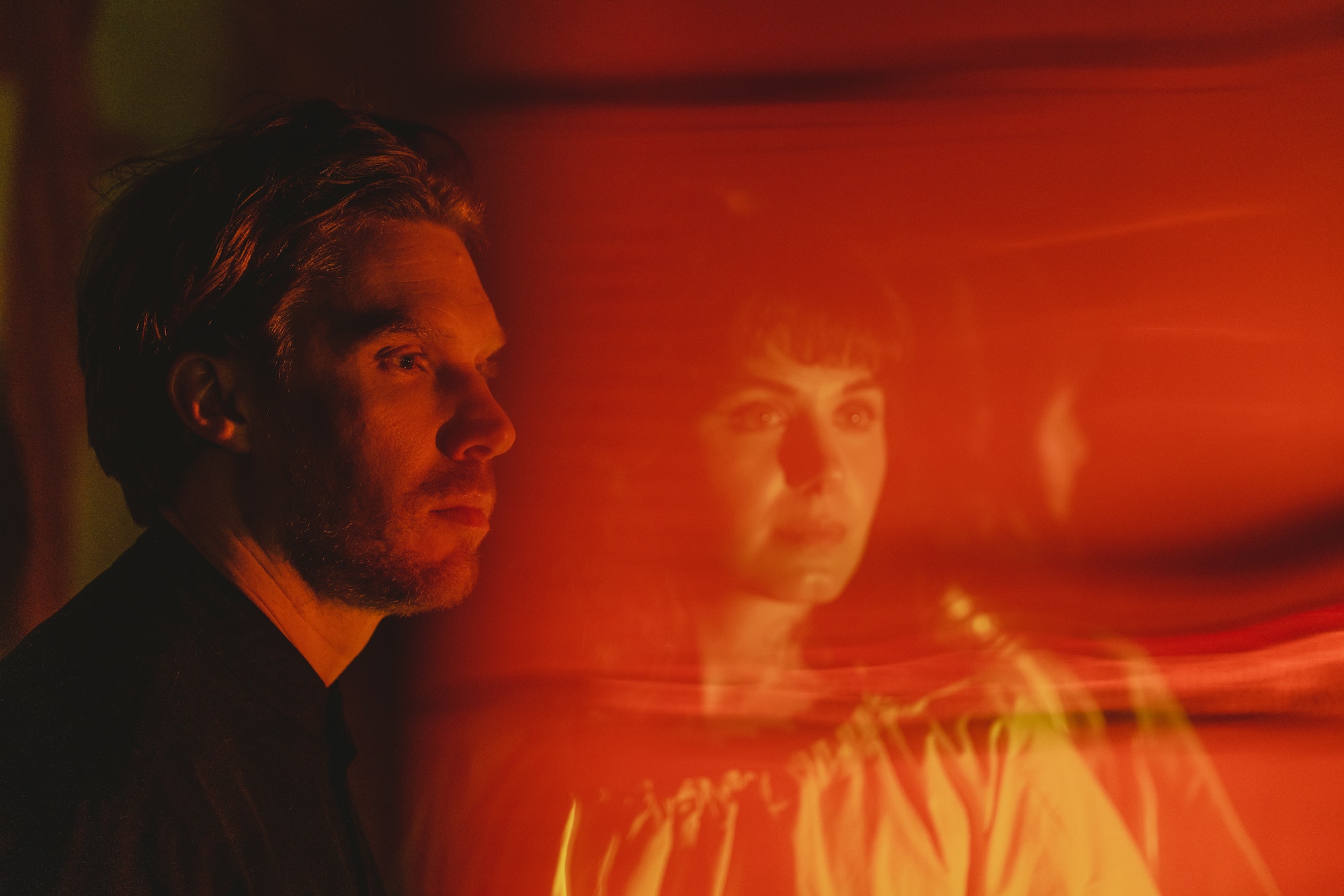 With the album’s musical themes spinning around the whorl of this relationship between sound and place, many of the tracks occupy certain spaces. An exhibition the pair attended at the brutalist concrete of the König Gallery in Berlin also helped the album’s themes come into focus. Tbilisi Airport was the first song the pair wrote and explores the opportunity of airports as well as their sense of stasis. Texture of Memories uses New York as a backdrop while Hotel Stamba is about a hotel in Tbilisi which radically overhauled how Katie perceives culture in her native Georgia.

“This hotel represents so much hope for me for Georgia, the country which I left when I was eight years old,” she says. “The country was really struggling. Despite Covid-19 and the impact of the war in Ukraine, it has really started to transform.” The building itself is a majestic example of design, bringing together history and contemporary culture on an opulent scale and has been a source of inspiration for Katie. “When you're an artist, you're so connected to self-expression, it's so inherent in you that these things hugely affect you,” Katie says of these influences. “You can see how they shape your way of being and ultimately your work.”

What I found so incredible about Simon is how there were no barriers between his artistry and gear.

With an improvisational approach surrounding their music, how did Simon and Katie manage to call time on their experiments? Obviously, a deadline meant a piece of work had to be submitted — but for Simon, this doesn’t mean the music stays still. “Creativity is a continuous process and an album is just what it is - a release, a way of letting this thing out into the world but it only captures certain moments,” Simon explains. “The music itself never stops changing. It’s a living, breathing thing.”

The project’s highlights for Katie came when she first heard some of the demos for the tracks on the album. These were initially created by Simon using programming, violin and pedals but then worked up with a band. “The way in which he chased emotion out of some of the players was extraordinary,” says Katie. “It was so visceral to hear this translated into these performances. I remember when I heard those first rough mixes and thinking: ‘Oh my god, this is spectacular’.”

At the heart of the record is the strength of the bond between the pair. Not only is there a great friendship but a huge amount of trust in their relationship. Katie feels this is the secret to any successful collaboration. “We really respected each other’s domains,” says Katie. “The instrumentation and development of the sonic world was all about Simon, then the lyrics and top lines made up my designated space.”

Simon agrees that the best collaborations take place when the roles and responsibilities are clearly defined. If you do have to cross over any lines, then it’s done with the greatest respect. “We’ve all seen Peter Jackson’s Get Back - and the key thing is that the Beatles’ struggles in the moment are what every band has been through, where those divisions of labour are less clear,” he states. “So I think that having respect and being open is what a collaboration is all about. And a willingness to trust what you’d do together will be better than what you’d do on your own”.

The friendship between Katie and Simon has certainly spurred them both on to new pastures of discovery. Aerial Objects is a brave and inviting record to get lost in - and one that wouldn’t have existed without the other. Simon is clear on the best way to get wring the most from any collaboration. “Ultimately, you just need to enjoy the process of finding something that you would never make without that other person…”

Aerial Objects is out now.