For over a decade, type beats have offered producers a path from their bedrooms to working with some of the world’s biggest artists.

The idea of type beats became popular around the start of the 2010s and saw producers posting instrumentals online in the style of bigger artists. Input the phrase “type beat” into YouTube and you’ll be met by a flood of beats using artists like US rapper Iann Dior, UK hip-hop artist Central Cee or rising lo-fi rap star Powfu as keywords. The thinking is that someone can search for a type beat that sounds like a certain artist, stumble across yours, and then buy or lease it (which gives the artist non-exclusive rights to the beat) for cash. 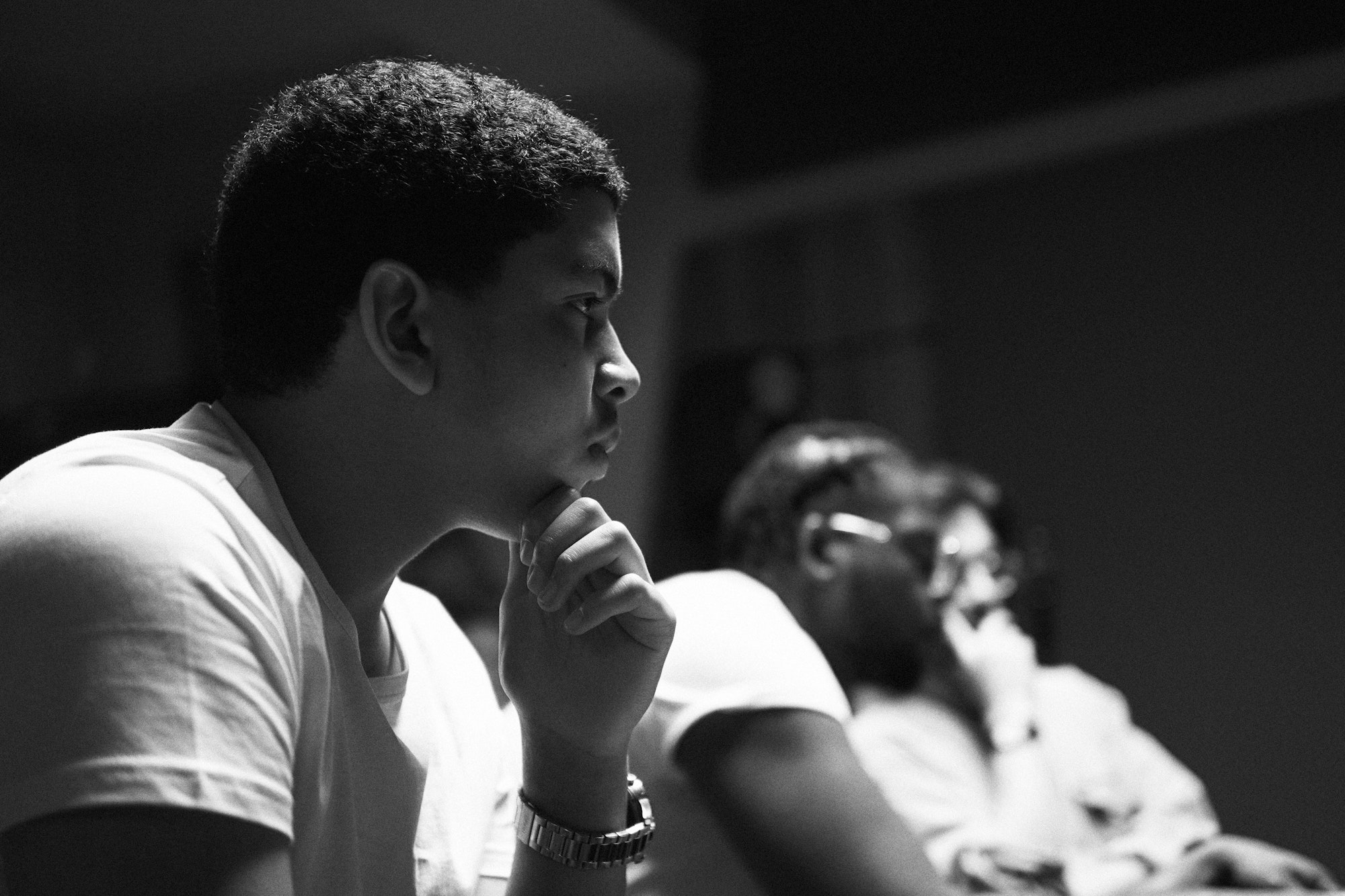 In the UK, the type beats scene is just as rich with possibilities, as 17-year-old south-east London producer, Trinz knows. Although he’s still very much on the rise, the teen’s journey has already seen him go from messing around with GarageBand “out of curiosity” to supplying the beat for a song by Digga D, the 20-year-old rapper helping to spearhead the UK’s drill scene.

“I started in year eight because I was lucky to get a MacBook for my birthday,” Trinz explains of his origins. “I was one of those kids that just loved to be on the internet 24/7. I didn’t really think much of [what I was doing in GarageBand], but it was really fun.” Using the software’s loops, he started to develop an idea of how to create a beat and continued on from there.

I was one of those kids that just loved to be on the internet 24/7.

By the time he was in his final year of school, the producer was starting to see a response to his work. He’d been uploading the beats he’d been making to the usual sites – Soundcloud, YouTube, and the digital production marketplace BeatStars. One of his beats that he’d put up for sale ended up becoming leased. “That was the first time I realised, ‘Oh, I could actually keep doing this’,” he says.

Other budding producers might not be uploading type beats using Trinz as their keyword yet, he says some are already emulating him in a way. “The placements that I get, some smaller producers might make a type beat of that song,” he explains. “I listen to it and it’s using the same instruments that I use, same sort of vibe.” When he got a placement on ‘Shawty’, a song by the British-Somalian rapper Alz last year, he found ‘Shawty’ type beats soon popped up online, following the same pattern he had created on the original song. “So I think I’m on that path,” he says, confidence beaming through his voice. 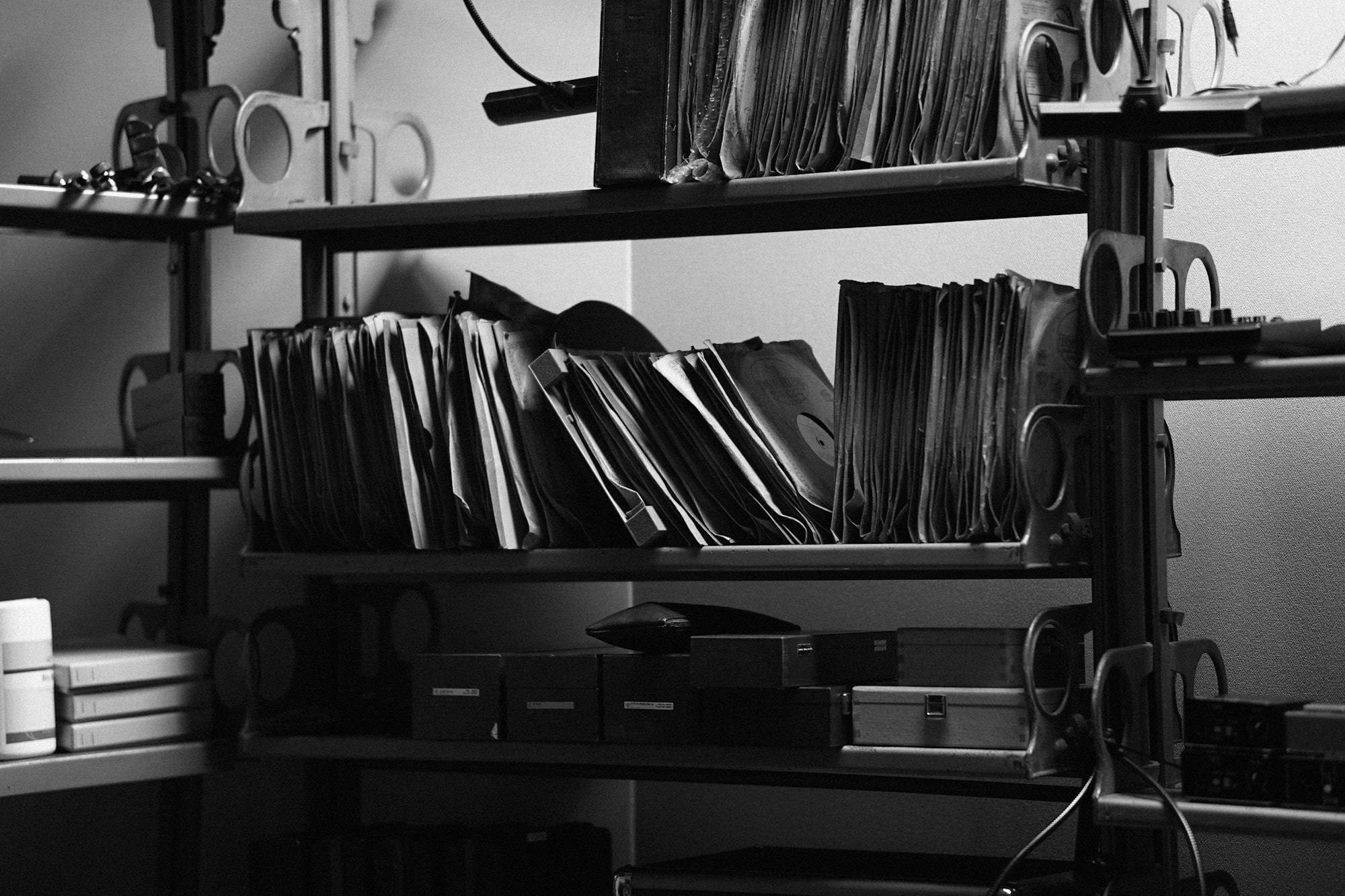 Part of what has contributed to the young producer’s advancement is his approach to his work, which he likens to communication. “People listen to music for the lyrics, but personally I listen to it for the message from the producer,” he reasons. “In lots of songs, there’s actually a message in the melody – just because someone’s not laying down vocals on the song doesn’t mean they haven’t got anything to say or a mood they’re trying to portray.”

While the melody is integral for Trinz to get his own message across in his creations, he cites the bassline as the most important part because it reinforces what is being communicated in the melody. “[In a lot of rap music], the message is usually, ‘I started out good, then I took an L, but now I’m back’,” he explains. “If you look at the bassline, it follows that same pattern – it starts out high, then drops down again and then builds its way back up to that same point.”

You can hear that in the work that Trinz has released so far, including his February 2021 collaboration with Digga D. Although he’s not certain how the rapper found him, his beat won out against other production heavyweights and was selected to be used on the lead single ‘Toxic’ – impressive for someone still at the start of their game. Trinz’s foundation opens with the producer’s now-traditional calling card of “Ayo Trinz” before moving into a beat led by a melancholy, brooding guitar riff. It elevates the track into darker territory, giving it shadows and ominous brushstrokes that add new dimensions to its layers. 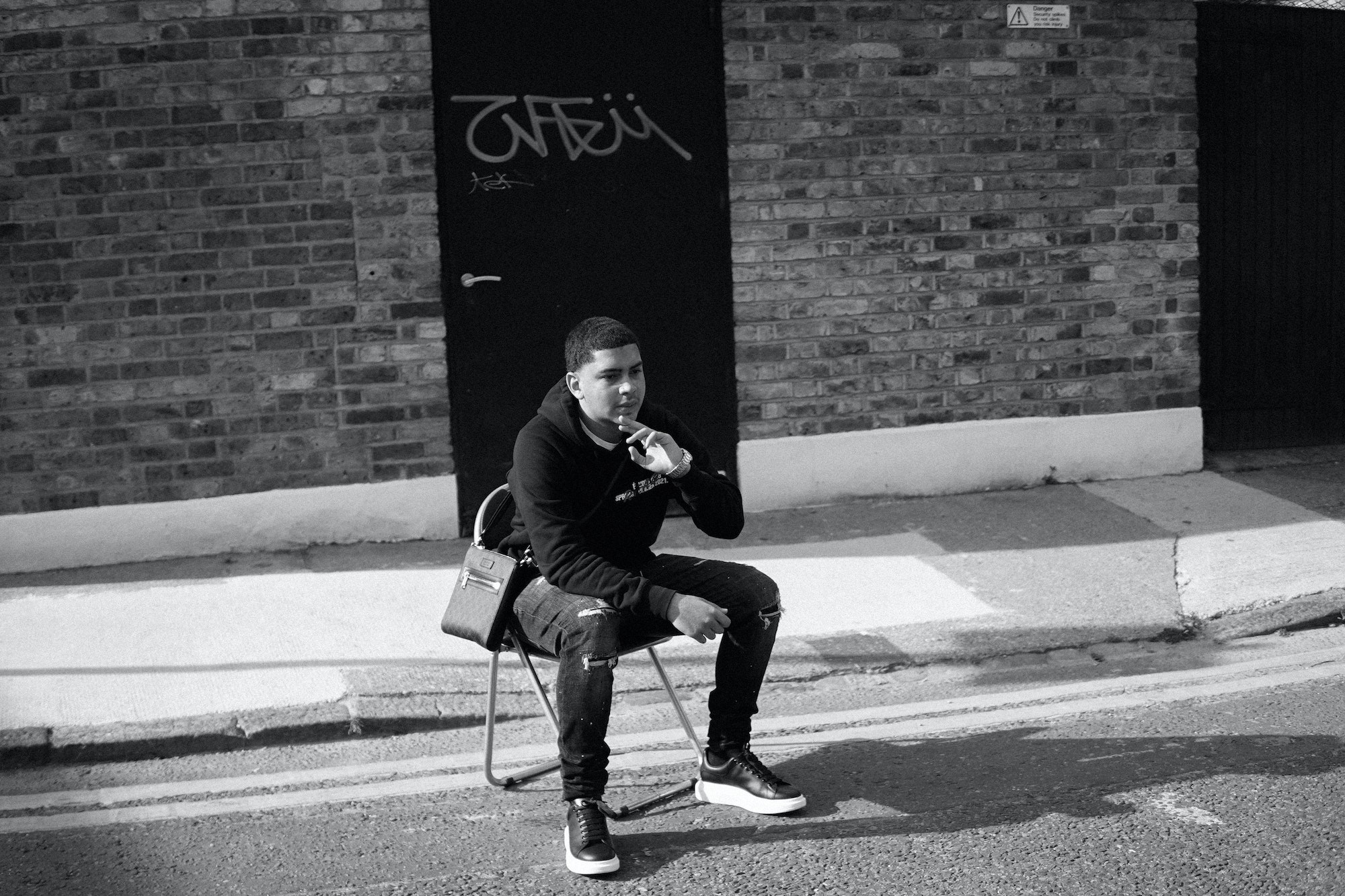 Regardless of the hows and whys that led Trinz to working with the drill star – or any other artist – it’s a special feeling when you start to get recognition from acts who are leading the way in UK music. “It feels amazing,” Trinz agrees. “At one point I’m just sitting on the bus listening to these artists, the next week they’re messaging me saying they like my beats. It’s a lot to take in.”

While it would be easy to get carried away with the noise around his achievements and start believing his own hype, Trinz is staying humble and concentrating on what really matters. “Some people tell me, ‘Look what you’re doing!’ But it’s just normal for me and I don’t think about it in that way,” he shrugs. “I think it’s really important that I focus on letting all the good things continue and working on myself, rather than letting it suck me into some hole where I’m thinking about [what I’ve done instead of] thinking of ways to improve my situation.”

I think it’s really important that I focus on letting all the good things continue and working on myself.

You can see the same philosophy in Trinz’s plans for his immediate future. With his A-Levels now done and dusted, other people his age might be tempted to throw everything they have into doing music full-time instead of continuing on in education. However, he’s sticking to his plan to study business at university and giving himself the time to learn more about his craft on the side. “There are lots more steps to take to be able to become immersed in that world full-time. I’m going to be at uni for quite a while and that’s perfectly enough time to let everything just marinate and develop.”

While school might be over, for now, the producer has been keeping himself busy of late by working on a ton of new music. “I’ve been making a beat a day to make up as much as I can for a catalogue so I can send that out and achieve more placements.”

At the moment, Trinz has his eyes set on one placement in particular – with British rapper Fredo. “I’ve been a fan of his for quite some time and his style of music and the beats he uses are one of my favourite types of beats that I like to work on,” he explains. “That would be the next big placement that I’m trying to get.” 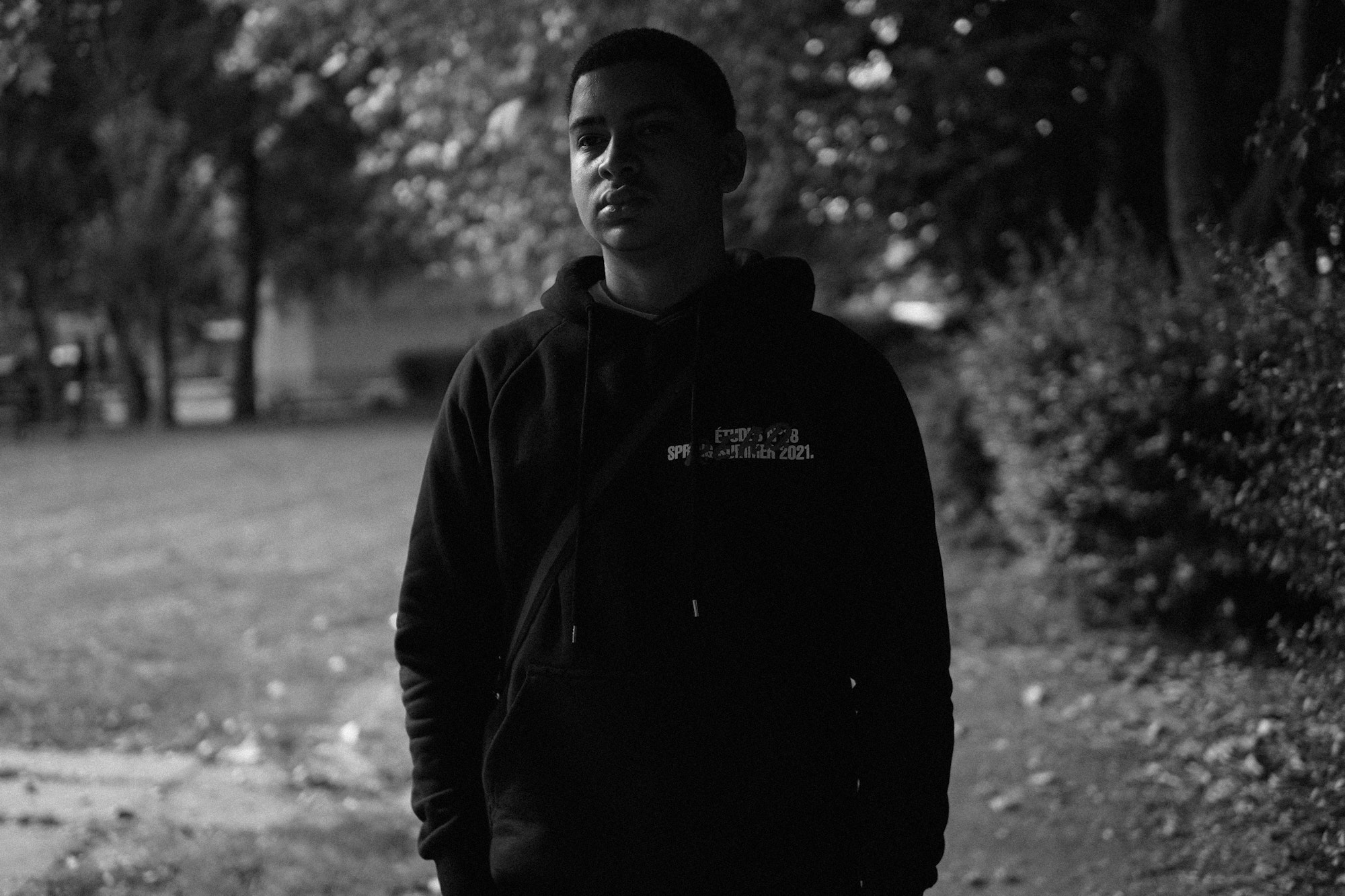 Trinz has big dreams too. When he’s finished with formal education, he wants to be able to make a living off of producing, while his “ultimate dream” is to be considered the best producer in the world at some point in his life. “I don’t care if I’m 95, I just want to make sure I can earn that title,” he adds. “Even if it’s for five minutes, I don’t care – I just want it.” If he maintains his same attitude and work ethic in the years to come, Trinz might just get there.

In partnership with QMF.